From the Olmstead Building bathroom at the University of California Riverside: 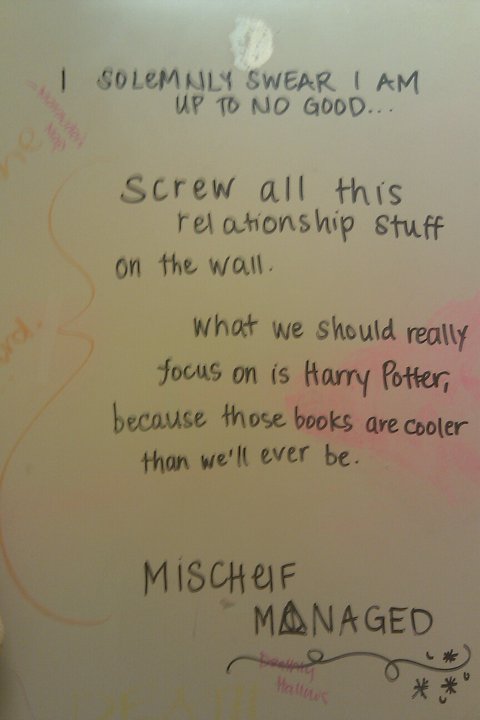 I think Moaning Myrtle would agree.  Don’t you?

Thanks to Greg Eiselein & Karin Westman for the tip, and to Professor Zapata for granting permission to post this.