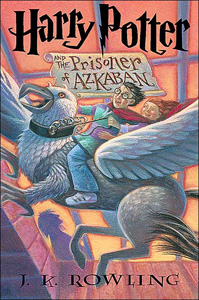 Nine years ago, I started teaching a course I called “Harry Potter’s Library: J.K. Rowling, Texts and Contexts.” Â This coming fall, I’ll be teaching it for the seventh time (eighth, if you count the semester I taught two sections). Â The course has been so popular that Kansas State University uses it in its promotional materials. Faced with a high demand for the class, the English Department offers at least one section each year. Â Thankfully, my colleagues Karin Westman and Naomi Wood have also been teaching it (freeing me to teach other courses). Â Indeed, our current syllabus is a collaborative effort – and will likely change further before the term actually starts. Â I’d like to incorporate some PotterMore, and arrange for a guest lecturer on Wizard Rock. 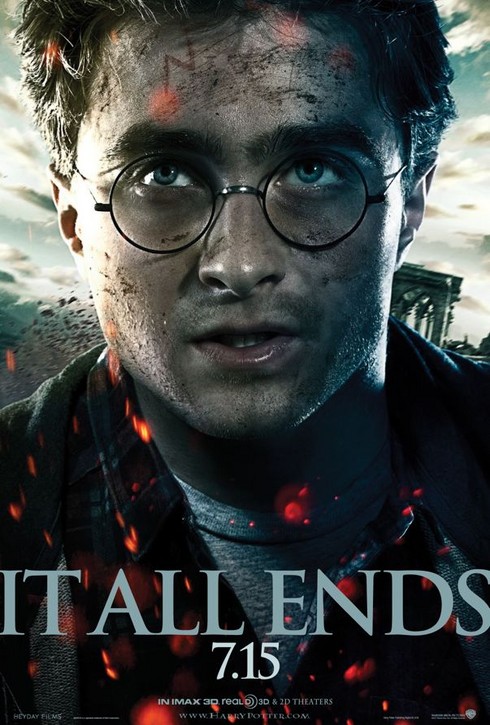 It’s tempting to claim that the release of the seventh (and final) film next month will be a kind of milestone for this generation – the last dramatic adaptation of their beloved series. Â And it might be that. Â But such a claim suggests that it (the film) will serve as a sort of “concluding chapter” to a phase of their lives, and I don’t think that’s strictly accurate. Â A more accurate claim would be to say that, for many of this generation, the Harry Potter series constitutes a key portion their shared culture. Â In increasingly fragmented media world (websites! videogames! Facebook! Twitter! movies! TV!), Harry Potter is one thing that they have in common – or most of them do, anyway. Â Even if they’re not fans of the series, they’ll know the basic references.

The closest analogue that my generation has is Star Wars, and yetÂ Harry Potter feels bigger than Star Wars. Â I haven’t studied this subject closely, but my sense is that the appeal of Harry Potter is broader than that of Star Wars. Â Fans of each are comparably devout, fond of dressing up in costumes, collecting memorabilia, having conventions. Â But I cannot think of anything comparable to, say, Wizard Rock in the Star Wars fan community. Â For a variety of reasons,Â Harry Potter has permeated the culture much more thoroughly than just about anything else. Â What the Beatles are to popular music, Harry Potter is to children’s literature – and, indeed, to popular culture. Â In the first chapter of the first Harry Potter book, Professor Minerva McGonagall predicted that the infant Harry Potter “will be famous – a legend – … there will be books written about Harry – every child will know his name.” Rowling could not, then, have known how prophetic that statement would turn out to be.

Well. Â Back to the course. Â The structure, each time, has been roughly the same. Â Part I: Antecedents and Influences. Â Part II: The Harry Potter series (plus some critical articles on it). Â Part III: Contemporary British Fantasy. Â But the particular texts have varied. Â Sometimes, for Part III, we’ve done the entire His Dark Materials trilogy. Â Diana Wynne Jones and Eoin Colfer have also made appearances in Part III. Â Lately, we’ve been doing Pullman’s book 1 (The Golden Compass) with book 1 from Jonathan Stroud’s Bartimaeus trilogy.

The class pulls in people from all over the university – we’ve had students from just about every major. Â Since the total number of credit hours already taken determines when a student gets to enroll, most of the students are seniors – many of whom, they tell me, have been waiting to take the class since they were freshmen.

Lest readers of this blog post imagine that the course is “light,” take another look at the syllabus. Â The Potter novels themselves run a total of 4,195 pages. Â When you add in the other novels and additional critical texts, that’s a lot of reading. Â Sure, most of the reading is fun. Â But it’s also work – the rare work that is also enjoyable. Â Happily, students who enroll in the course tend to be dedicated and (thus) do not complain about the heavy reading load. Â And, over the course of the semester, they come to understand that it’s fun to take children’s literature seriously.

It is fun. Â And showing people the fun of taking children’s books seriously is one of the reasons I do what I do – teaching and writing about literature for young people.