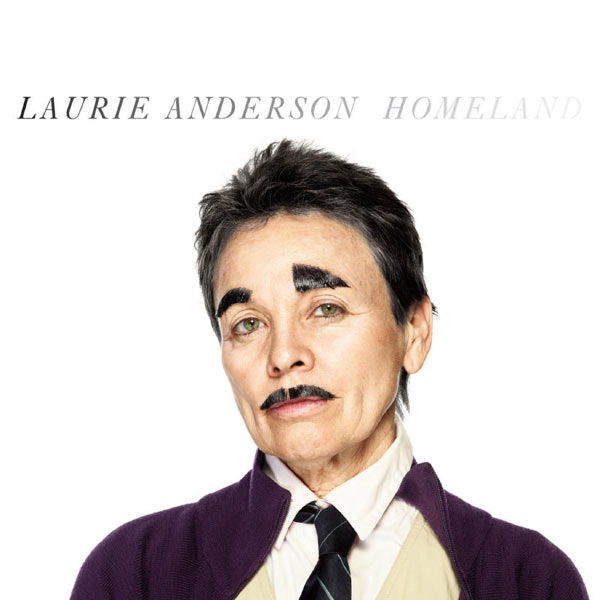 My favorite song off of Laurie Anderson‘s most recent record (Homeland, 2010) also happens to be the most apt song to describe where America is at this moment in history. Â It beginsÂ “Now only an expert can deal with the problem / Cause half the problem is seeing the problem” – a sentiment quickly ironized as the song unfolds.

Just because all the markets crashed

And other experts say: Just because all your friends were fired

Doesn’t mean we were wrong.

And just because you lost your job and your house

Cause only an expert can design a bailout

And only an expert can receive a bailout.

Here’s the full version of the song:

Performing on David Letterman in 2010, Anderson does aÂ shorter version of the song, with a new verse on the Gulf Oil Spill. Â I prefer this arrangement to the one above, though I wish it had more of the original version’s lyrics.

Here’s an earlier version of the song, performed at Lincoln Center in 2007:

Homeland is Anderson’s strongest record since Strange Angels (1989).Â  That said, should you be new to Anderson’s work, I would recommend starting with Big Science (1982) and Strange Angels. Â Those are both more “accessible” – though, having said that, HomelandÂ does have other songs that may immediately appeal to a new listenerÂ (notably, “Falling” and “Thinking of You”).

In conclusion, here’s a lyric from “From the Air” (which appears on Big Science):

This is your captain:

“We are going down.

We are all going down. Â Together.”

This is going to be some day.”

This is the time,

And this is the record of the time.