In the late 1950s and early 1960s, Crockett Johnson worked with Lou Bunin on some television advertisements. Â But he had a hard time taking Madison Avenue seriously, as indicated by his parody of an ad for Bosco chocolate syrup (below). Â Though it’s undated, Johnson (known to his friends as “Dave” ) seems to have sent it to Bunin in about 1960. 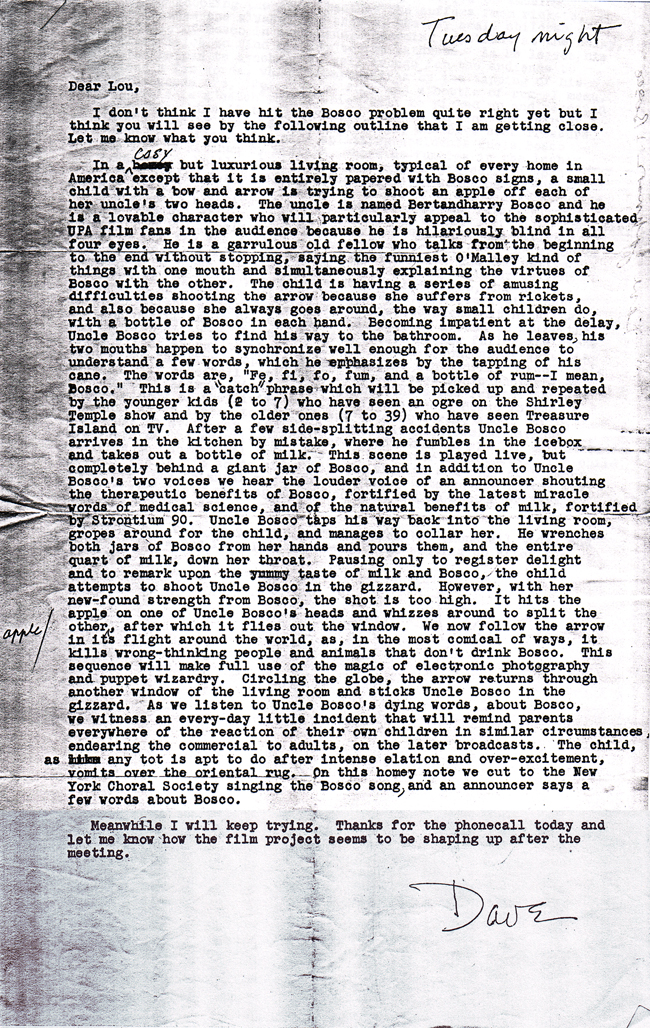 This photocopy came into my possession courtesy of the generous Amy Bunin Kaiman (Lou’s daughter), one of many people without whom The Purple Crayon and A Hole Is to Dig: The Lives of Crockett Johnson and Ruth Krauss (forthcoming from UP Mississippi, 2012) would not be possible. Â For more Letters of Note – such asÂ this 1970 letter from William Steig –Â you might check out the blog by that name.