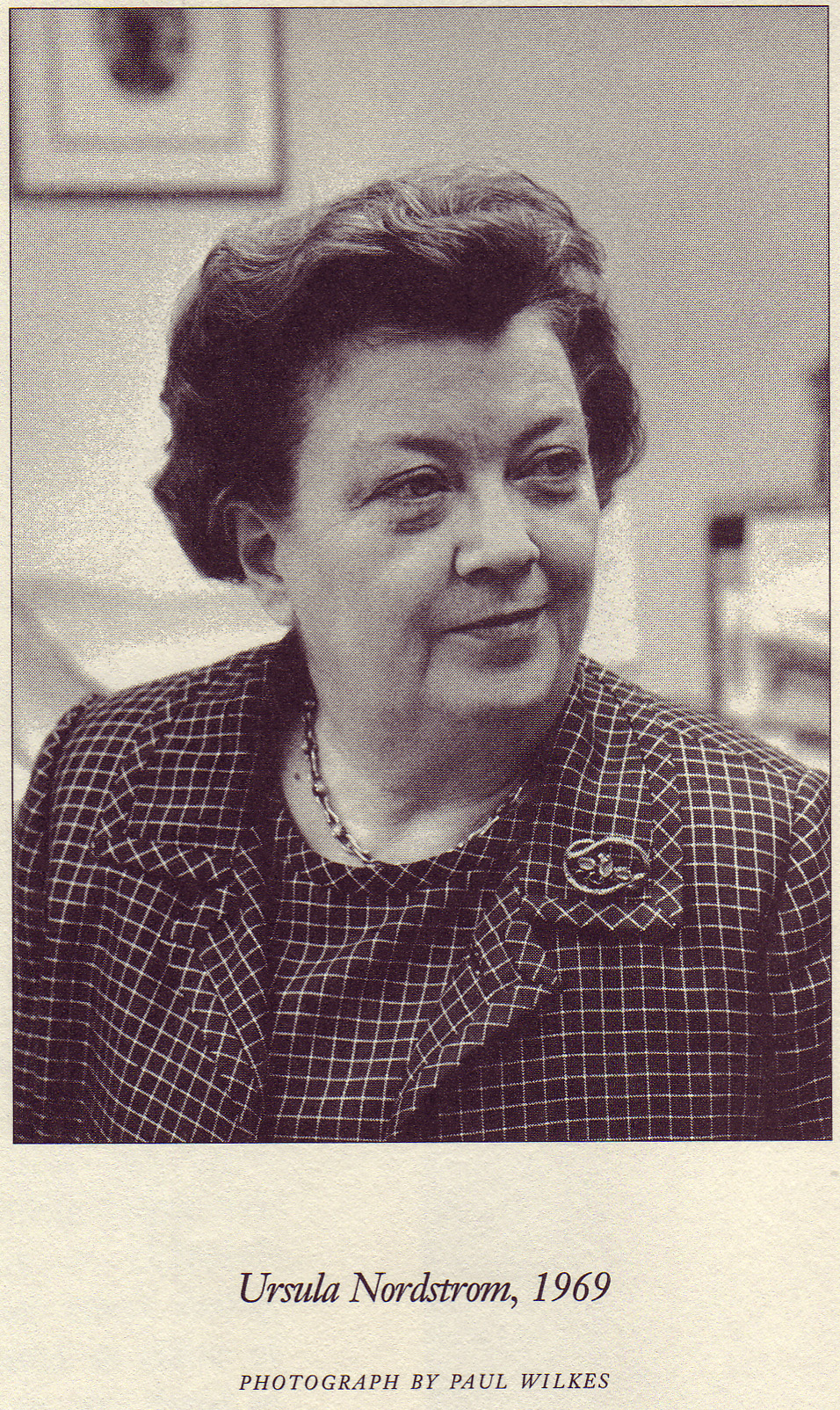 As I wait to hear back from my editor (latest revision submitted January 1st), I continue to tinker with the biography of Crockett Johnson and Ruth Krauss.  Does my manuscript’s silence on the homosexuality of two important figures – Maurice Sendak (who illustrated nine of Ruth’s books) and Ursula Nordstrom (editor of Ruth, Dave, Maurice) – collude in the closeting of that history?  On the one hand, their sexuality doesn’t figure into their relationship with Ruth and Dave (as Crockett Johnson was known to his friends).  So, then, no need to bring it up.  On the other hand, its absence allows readers to presume that Ursula and Maurice were straight – which is a misrepresentation.  To quote Perry Nodelman on John Burningham’s Mr. Gumpy’s Outing (1970), “Mr. Gumpy’s outing might reveal the degree to which picture books, indeed children’s books generally, replicate counter-productive prejudices about sexual diversity by the forms of silence about it” (133).  Nodelman is talking about a picture book, but the same logic applies to my biography.

Ruth and Dave were both open-minded people.  Their neighbors were a gay couple – Harry Marinsky and Paul Bernard.  Back in 2000, I interviewed Harry via telephone, and I asked him what it was like to be an openly gay couple at that time, in Rowayton, Connecticut. He spoke of how accepting the community were.  He wasn’t a particular friend of either Dave or Ruth, but conveyed no sense that his (or his partner’s) sexuality was an issue.  Similarly, nothing comes up in either Ruth or Dave’s correspondence with Ursula.  When I interviewed Maurice, I was unaware that he was gay and so did not ask him about it. After I learned that he was, I wrote to ask whether or not I should include this fact in the bio.  On the one hand, I said, it’s not part of the story I’m telling; on the other, I don’t want to contribute to the silencing of a history.  I never heard back from him on this question – which is fine.  He’s been extraordinarily generous to me, and my question was a rather personal one.  So, I didn’t pursue it.

Though the sexuality of Ursula and Maurice does not appear to have a bearing on either person’s relationship with Dave or Ruth, sexuality is a key component of a person’s identity.  Since Maurice and Ursula were important people in the lives of Dave and Ruth, I decided that I should at least mention it once.  So, I did, briefly, in the paragraph where (in the context of discussing the Rowayton community) I talk about Harry and Paul.  It’s a minor change to the manuscript, but a significant one – it corrects an omission that upheld a lie.