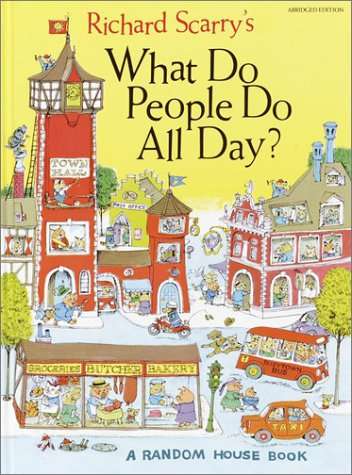 Since it’s fashionable in some quarters to attack state employees as lazy (Hello, Wisconsin Governor Scott Walker!), I am — for this coming week only — blogging about precisely how I spend my time, as a Professor of English at Kansas State University.  I’m also doing this because, when I was an undergraduate, I had no idea how my own professors spent their days.  I mean, I assumed that they were working: they did show up prepared for class, and turn back graded papers, quizzes and exams.  But what did they actually do when not teaching me?  I didn’t know, and never really gave it a thought.

7:40 am: Checked email, Facebook, Twitter.  Does this count as “work-related”?  Email certainly does.  I answered an email re: the quest to find original Barnaby strips (for the Complete Barnaby).  The other two are more questionable.  It would be fair to say that half of my interaction on both is of a professional nature.  For example, FB led me to Jerry Griswold’s “E-Readers and the Future of Picture Books,” which I in turn forwarded to a journalist who is doing a story on this subject.

8:25 am: Posted questions to the electronic message boards of my three classes (English 703, and 2 sections of English 355).  Sent another email, this one regarding a book award committee on which I serve.

9:15 am: Went to gym to work out. This doesn’t count as work-related, but keeping in shape does help me do my job better.  (Teaching is a performance!)

10:45 am: Read beautiful review of newly translated Tove Jansson picturebook.  She’s one of the greatest children’s writers, bar none.  But most Americans have never heard of her.  In case it’s of interest, here’s my review of the first volume of her comic strip.  (Why this is work-related: part of my job is keeping up with the vast field of children’s literature.)

11:00 am: Adapted letter of reference for a former student.  (I wrote the letter earlier this month, and had already submitted it to another institution.)  This took longer than it needed to because I couldn’t remember my password for the site, and it needed to reset it.  Then there were all the little questions one must address, ranking the student on “maturity and poise” (“poise”? really?), “ability to retain information” (surely the grades would convey this?), etc.  And then, the site wouldn’t actually let me submit the letter at all!  I filled out brief written responses to 3 questions, presuming that I would also be able to upload the letter (as is customary), but no dice.  What the hell?  Emailed student to convey this curious fact, and offered to send my letter directly to the particular school.

11:30 am-1:45 pm.  Did nothing job-related.  Showered, caught up on the week’s comics, loaded/unloaded dishwasher, listened to mix Dan Hoyt made me, ate lunch with Karin & Tuesday’s Colbert Report.

1:50 pm Edited class notes for Norton Juster’s The Phantom Tollbooth (which I taught during the first half of the week), and posted them for my English 355 students.  They find it helpful to have some of the notes I bring to class — so, I combine extracts of my notes with our full class discussion (I teach in a tech classroom, and “write on the board” by typing on the computer screen).

3:30 pm. More email.  Also edited and revised a piece I promised to write for the Children’s Literature Association’s website.  It’s on becoming a children’s literature scholar without having studied it formally.  Since there are few (and were fewer) places to study children’s literature, many of us in the field are autodidacts.  The piece is due in a week.  I think it looks pretty good.

4:30 pm. I have to turn in my Faculty Development Award (FDA) application in a week or so. To fund international conference travel, Kansas State University has the FDA.  In my experience, it doesn’t cover all costs, but does cover about 80% of the cost — which is significant.  Anyhow, to gain access to these funds, one must apply.  And so I’ve started drafting this — it’s for travel to the International Research Society for Children’s Literature‘s conference, held every other year (and this year, in Brisbane, Australia).

5:30 pm.  Suspended work on the FDA, began listening to music, tinkering with some midtempo mixes. (I tinker with mixes off and on over a period of months: it’s a manifestation of my obsessive-compulsive personality.)  Curiously, I appear to have two — one which is more melancholic, and one which is lighter in mood.  Obviously, none of this is work-related.

6:15 – 9:15 pm. Read to Karin, while she prepared dinner: Diana Wynne Jones’ House of Many Ways, but abandoned it around page 100.  It’s fine, but not one of her best. We’ve switched to Alan Bradley’s The Sweetness at the Bottom of the Pie, which (thus far) is looking more promising. With dinner, watched Mad Men, season 3, episode 11 (“The Gypsy and the Hobo”) — one of the show’s best.  Watched it a 2nd time with commentary.  Reading children’s books is part of my job, but the rest of this definitely isn’t.

I didn’t factor in the time it took to write this up — since this has been ongoing.  Anyway, total work time today: I think we can fairly call it 5.5 hours.  Not the most productive Saturday I’ve ever had, but there we are.  It’s time now (11:30 pm) to begin thinking about bed — I also do a little pre-bedtime reading, which is nearly always work-related.  Currently, I’m reading the fourth volume of Frank King’s Walt & Skeezix (comics is a sub-specialty of mine).

Stay tuned for tomorrow’s mundane post.  Or, perhaps, don’t.  I’m doing this to make visible what professors do, but I can’t promise that it’ll be very interesting.  If you found this dull, then you might want to ignore this blog for the rest of the week.

The rest of this series: Sunday, Monday, Tuesday, Wednesday, Thursday, Friday, & What Do Professors Do All Week? (the final post)

6 Replies to “What Do Professors Do All Day?”