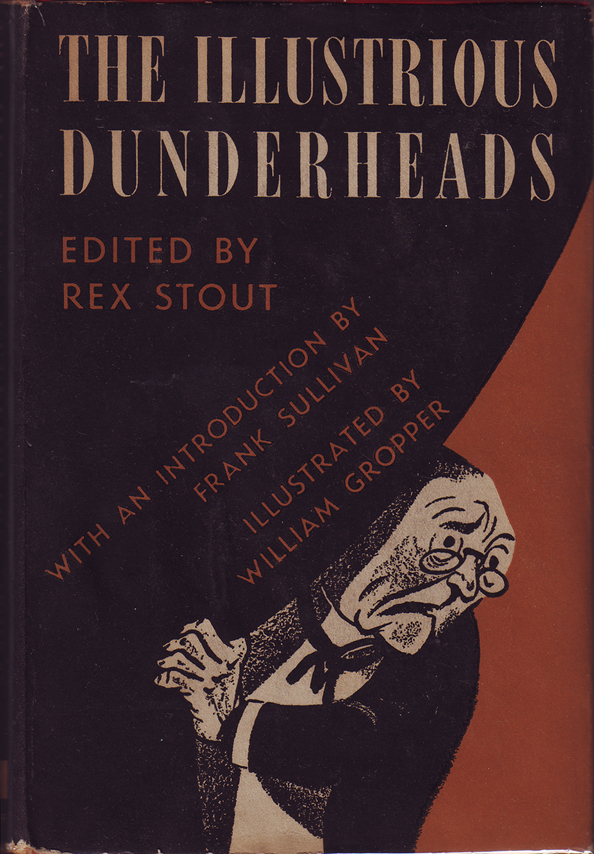 When you wonder whether there’s a higher percentage of dunderheads in our political discourse (and, these days, who doesn’t?), a little perspective may be of help. In September 1942, Alfred A. Knopf published The Illustrious Dunderheads, edited by Rex Stout and illustrated by William Gropper. As Frank Sullivan writes in his introduction, “the book is a collection of some of the silliest, stupidest, and most dangerous statements that have ever been made by men laying claim to being leaders of the American people.” Here are a couple of examples, illustrated by Gropper’s cartoons.

On November 12, 1941, Frank C. Osmers, Jr. (Republican, representative from New Jersey) proclaimed, “The American people today are little better off than the German people under the iron heel of Adolph Hitler.” 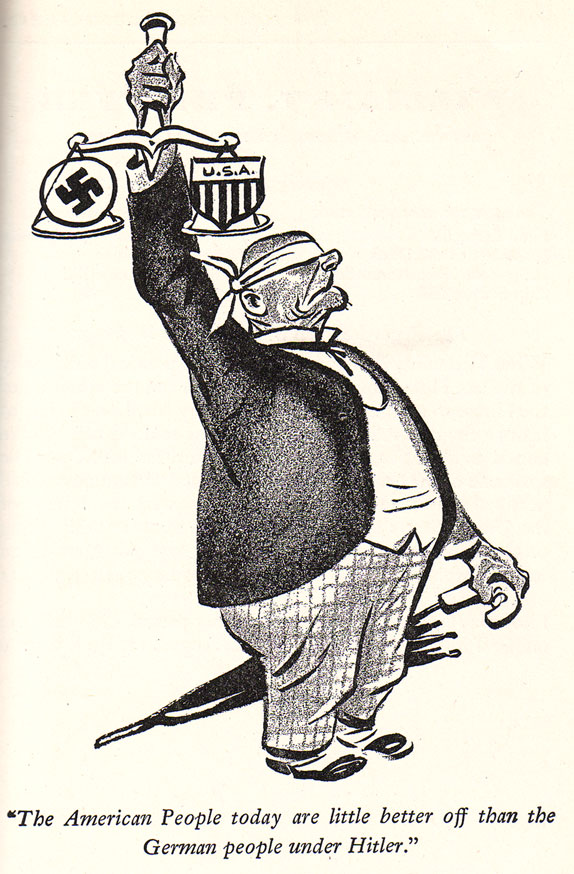 Rufus Holman (Republican, Senator from Oregon) – who opposed fighting the Fascists – may have unwittingly been describing himself when he said, on February 6, 1941, “Our present foes are domestic foes, not foreign ones.” 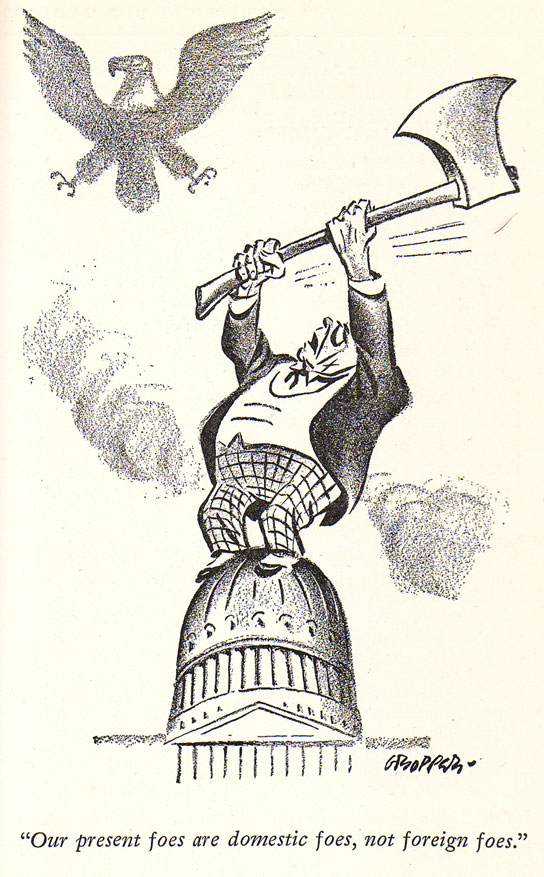 The above statement has a contemporary ring to it. Birthers, climate-change deniers, an entire “news” network devoted to misinformation…. As Walt Kelly’s Pogo famously said three decades later, “We have met the enemy, and he is us.”