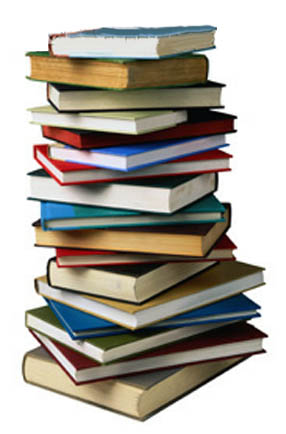 In an op-ed piece that the Wall Street Journal published as an article, Meghan Cox Gurdon criticizes contemporary young adult fiction for its darkness. As she writes, “it is … possible—indeed, likely—that books focusing on pathologies help normalize them and, in the case of self-harm, may even spread their plausibility and likelihood to young people who might otherwise never have imagined such extreme measures.”  In other words, reading about troubled teens may not help console the troubled, but may in fact create more troubled teens.

Rebutting this claim, one Meghan Cox Gurdon wisely notes, “Now, whether you care if adolescents spend their time immersed in ugliness probably depends on your philosophical outlook. Reading about homicide doesn’t turn a man into a murderer; reading about cheating on exams won’t make a kid break the honor code.”  In other words, reading about troubled teens will not create more troubled teens.  Since Gurdon makes this point earlier in the same article, one wonders whether there are two Gurdons at work here — say, Gurdon (who deplores darkness in lit for teens) and Gurdon Prime (who recognizes that darkness need not beget darkness).

Gurdon Prime makes a strong point. Representing anorexia, bullying, rape, racism, or any of the host of challenges that teens face is different from endorsing any of those things. For this reason, Gurdon misses the mark when she accuses the “book industry” of using “the vehicle of fundamental free-expression principles to try to bulldoze coarseness or misery into … children’s lives.”  As Gurdon Prime knows, representation is different from endorsement. Since Gurdon does not appear to be in as close contact with her (former, I presume?) collaborator, I’d like to amplify Gurdon Prime’s point with a few tips on how to tell the difference between representation and endorsement.

1) Which characters does the novel represent sympathetically?  With which ideas do those characters seem aligned?

2) Since detecting sympathy seems a challenge for Gurdon, here are some literary terms to keep in mind:

A. Point of view.  Whose points of view does the book represent?  If it is a third-person narrative, does it tend to align itself with particular characters?  Which ones?  When?  Why?  If it is a first-person narrative, is the narrator reliable?  Or do the narrator’s perceptions and interpretations of events fail to coincide with the implied opinions and norms of the author?  If a book gives you reason to doubt the veracity of its narrator, then you have an unreliable narrator — and you’d be wise to view this character’s words with skepticism.

B. Diction, which is a fancy term for “word choice.”  The words an author chooses convey tone, a term for the speaker’s attitude towards the object of discourse.  If, for instance, Gurdon Prime suggested that Gurdon were “a narrow-minded, nattering nitwit,” one would feel compelled to note the sarcasm in such a choice of words.  The alliterative pleasures of that repeated “n” aside, this would be an ad hominem attack on Gurdon — personal and needlessly hostile.  And such diction might make us interpret Gurdon Prime as mean-spirited, even cruel.  On the other hand, what if Gurdon Prime instead said that Gurdon were “guilty only of her concern for young people, a concern which sometimes manifests itself in language that conveys passion more than it does an ability to read critically”?  In addition to suspecting Gurdon Prime of harboring an academic affiliation, we might also note the sympathy manifest in phrases like “concern for young people” and in the politic nature of the criticism: in this claim, “language” is the culprit, not Gurdon herself.

3) There are of course many other literary features to consider here.  And many novels are ambiguous, requiring the reader to think about where to place her or his sympathy.  If Collins’ The Hunger Games (one of the books Gurdon cites) invites criticism of the violent spectacle in which Katniss and other tributes must participate, how do we evaluate those moments where the novel seems to invite us to root for Katniss, hoping that her acts of violence allow her to survive?  Is Collins’ novel complicit with what it strives to critique?  Or is she hoping to make the reader uneasy, by engendering in her or him the very feelings that the novel exposes as dangerous?

4 Replies to “Why Meghan Can’t Read”