Coming from a U.S. state whose governor is working tirelessly to defund the arts, I’ve been delighted to see so much art in Brisbane, Australia — most of it at no cost to the visitor.  GoMA’s Surrealism exhibit requires a ticket, but the rest of the museum has no admission fee.  Back in the States, MoMA has a $20.00 admission fee.

But, in Brisbane, you can… 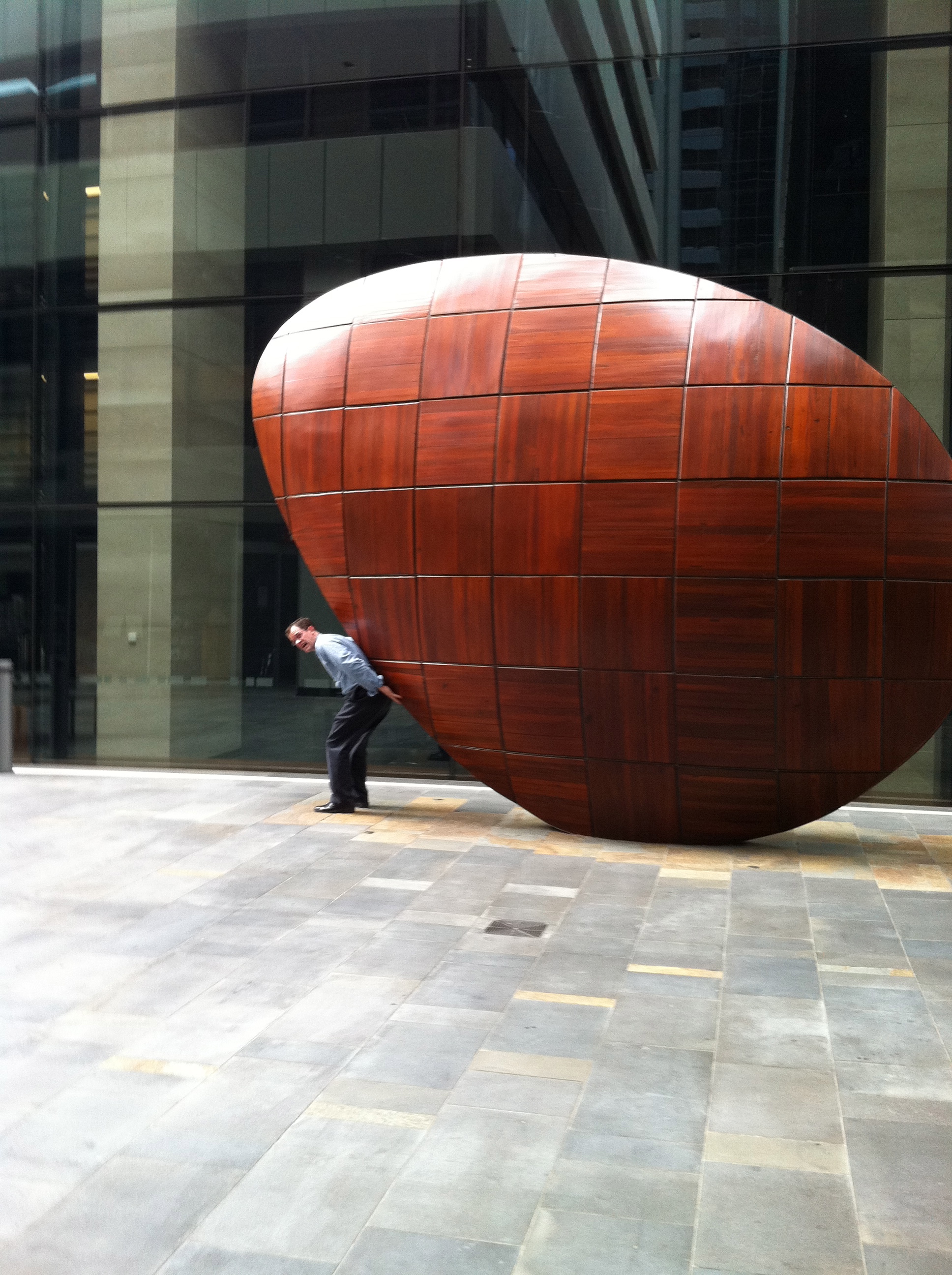 … carry a giant guitar pick on your back 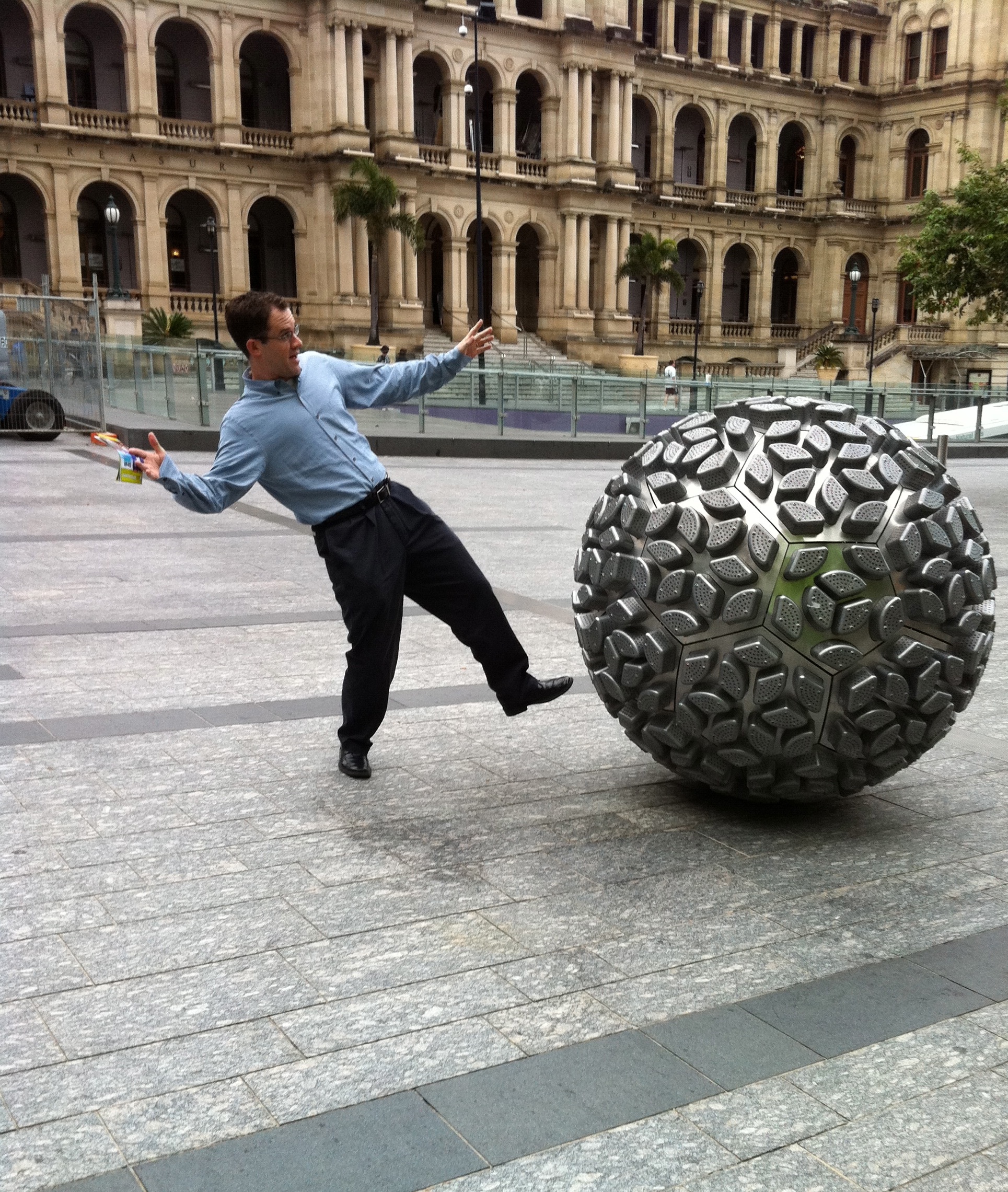 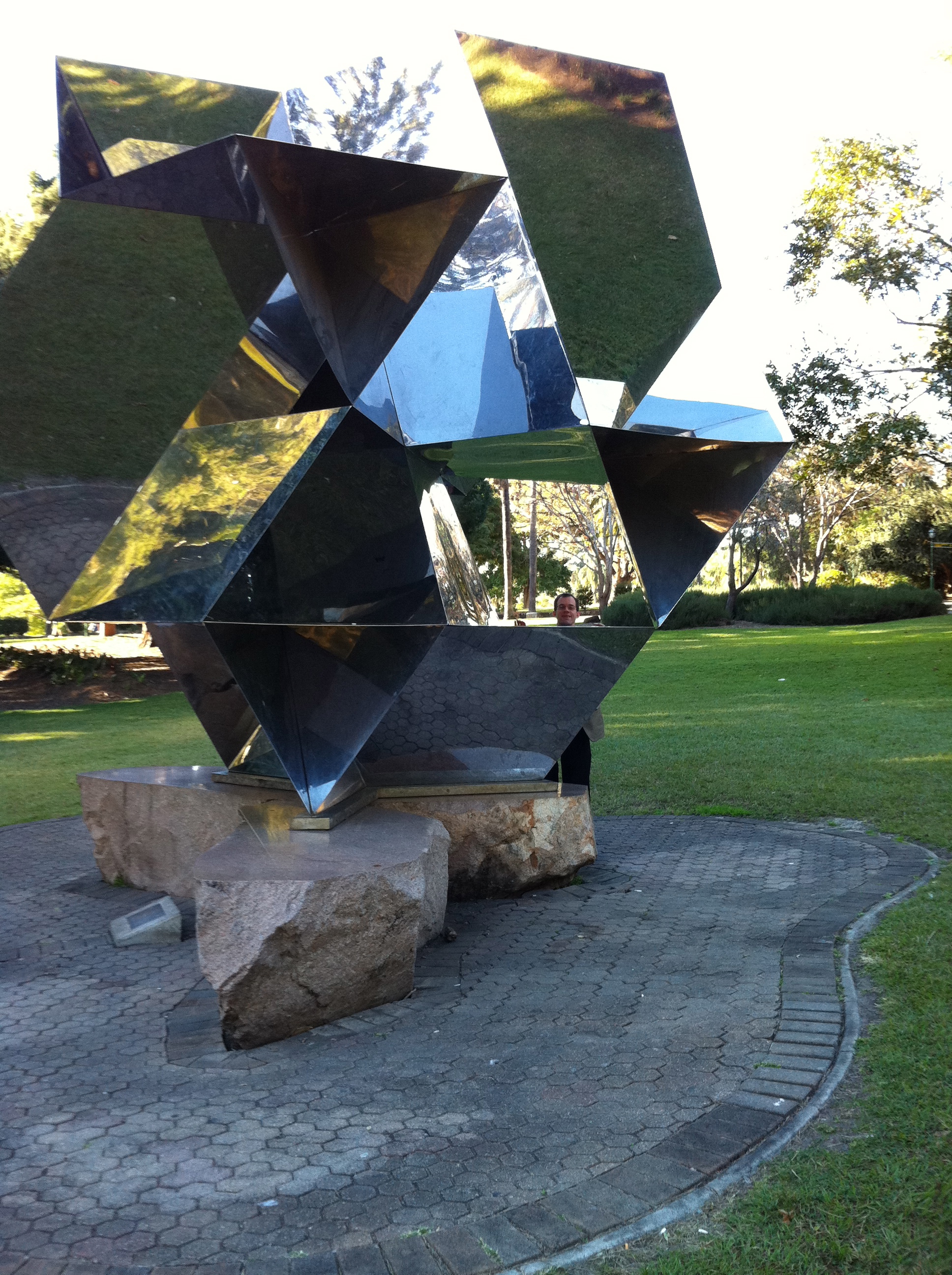 … play peek-a-boo with a spaceship from the future 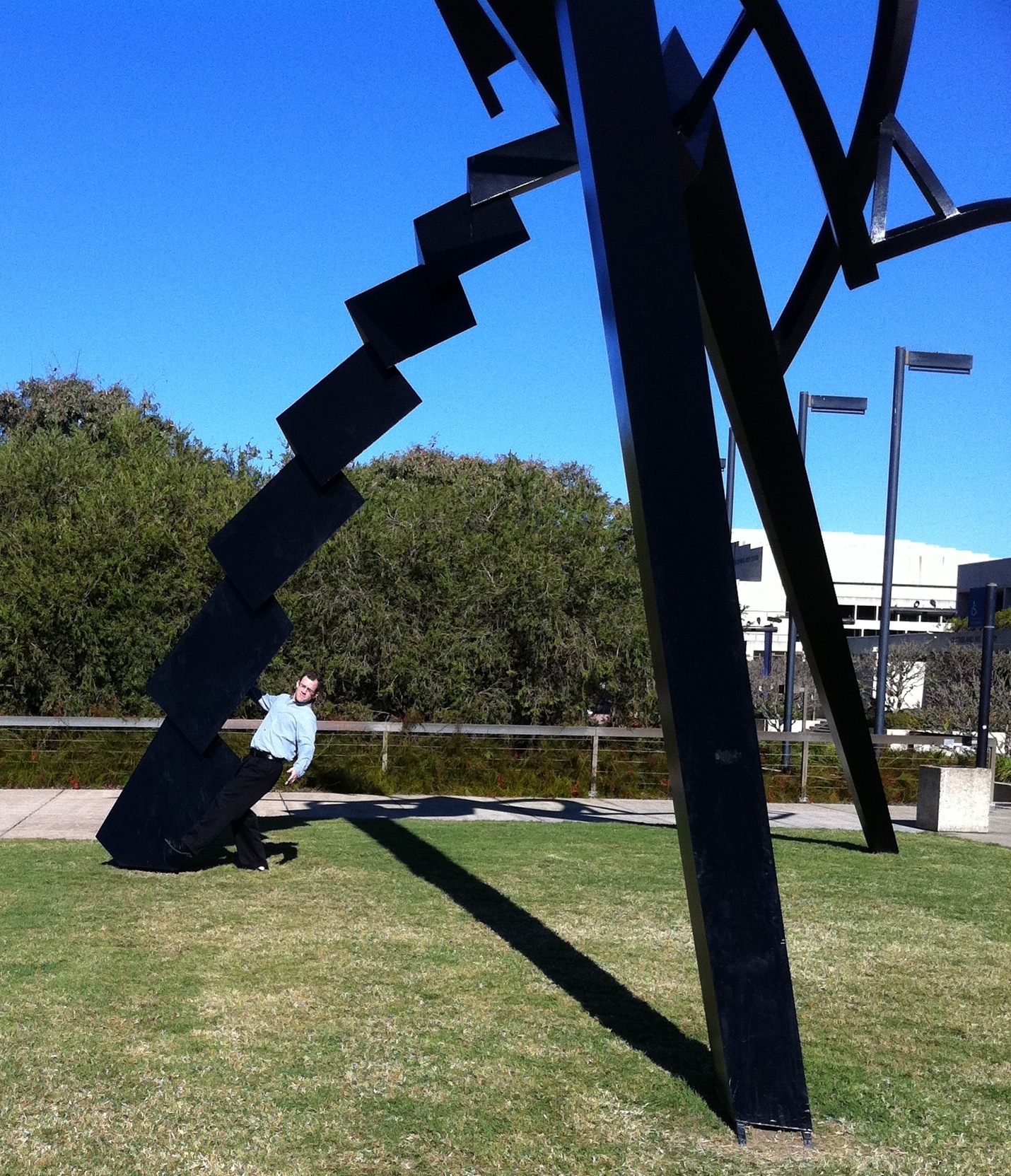 … or dance with giant angular metal.

All at no cost to you!

And I failed to get a picture of the disemboweled mechanical kangaroos, but those are nifty, too. 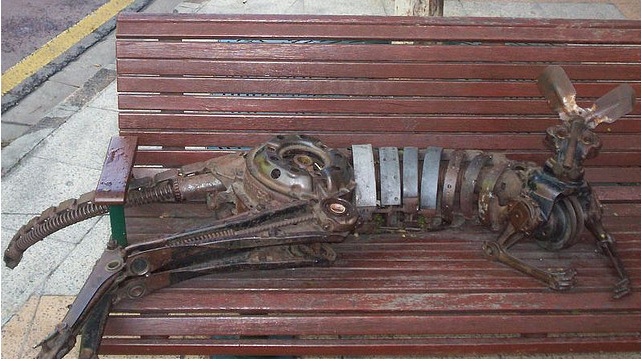