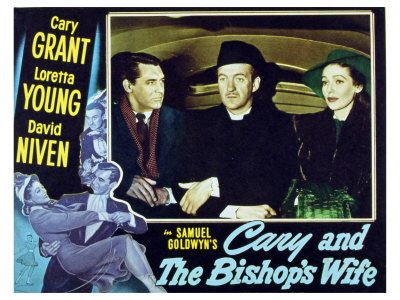 What’s the film about? Â The trailer is deliberately elusive:

In keeping with the film’s trailer, I don’t want to give away any of the film’s surprises, but I do want to praise both the screenplay and the performances. Â Even the supporting characters have a full history – they seem to be as “real” as the three main characters. Â There’s Monty Woolley as Professor Wutheridge, James Gleason as cab driver Sylvester, Gladys Cooper as wealthy widow Mrs. Hamilton. Â Grant, Young, and Niven are of course magnificent, too. Â Sure, since it’s from 1947, you’ll find a few “dated” portrayals (the Italian shopkeeper, the Cockney maid), but those moments are few and mild. Â In other words, don’t worry: no blackface! Â The problems of Holiday InnÂ (1942) are conspicuously absent.

The themes of The Bishop’s Wife certainly remain resonant and appropriate. Â Do yourself a favor: don’t read any more about the film. Â Just rent it. Â To take a break from grading, I’m planning on watching it again this evening. 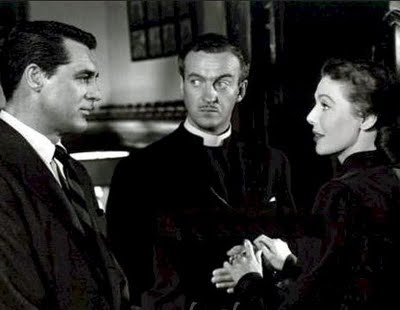