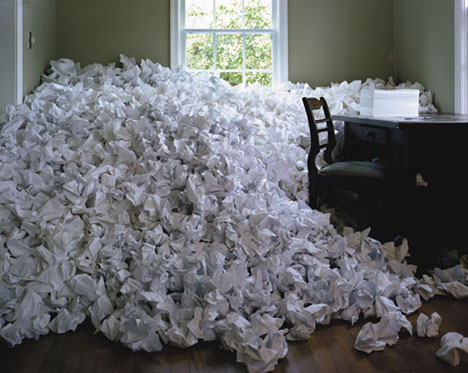 Though I often attempt to dispense advice from this blog, I now have a question of my own. How much is too much?

There’s one request that I never turn down: when I am asked to write a letter on behalf of someone going up for tenure and/or promotion, I always say “yes.” Â I don’t care how busy I am. Â This sort of request is simply too important to decline.

However, I’ve just received theÂ fourth request for such a letter, due in September. Â I’ve already said “yes” to three (one for promotion to full, two for tenure) that are due this fall. Â On top of that, this will be the busiest fall semester I’ve ever had. Â Three different invited talks in three different countries (one of which is the U.S.), two conferences (one in Maryland, one in Puerto Rico). Â I’m hoping for some publicity surrounding the publication of the Crockett Johnson-Ruth Krauss bio. and (a couple of months later)Â The Complete Barnaby Vol. 1. Â Having just edited my first full manuscript for Routledge’s Children’s Literature and Culture Series, I discovered Monday that three more full manuscripts await my attention. Â I’ve also started another book project, for which I’m working on a proposal & have a planned research trip (also this fall). Â And, obviously, there will be teaching, committees, and many things I can’t right now recall — things that will announce their due dates unexpectedly, and too promptly.

So. It’s easier to turn down (for example) invitations to contribute to books, or to join this or that committee. Â After all, rarely is anyone’s job is at stake there. Â But is it ever OK to say “no” to a tenure-and-promotion request? Â My general sense is “no,” & that I should just do it. Â As I wrestle with my guilt and sense of obligation, I think about theÂ other people have written such letters on my behalf & who continue to write for me. Â And … I conclude that I should keep “paying it forward.”

Shouldn’t I? Â What would you do?

Source of artwork, above: Sarah Hobbs’s “Untitled (Perfectionist)” Â  I foundÂ the photo on Mocoloco. Â You can view more of Sarah Hobbs’s workÂ on SolomonProjects.comÂ and onÂ her own website, where there’s a better print of the above. Â Her Tumblr page is worth a look, also.