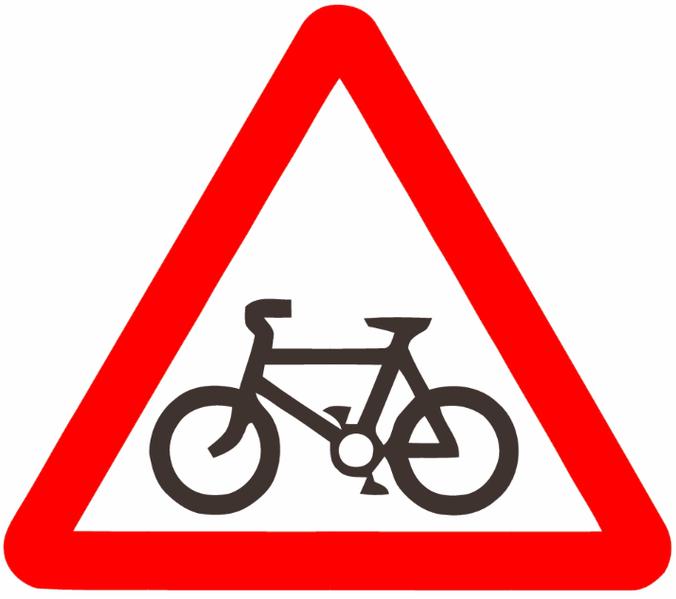 While riding my bike last Tuesday morning, a car hit me.Â  It was 7:45 am, I was cycling uphill and due west.Â  A car coming due east –Â blinded by the sun, the driver later told me –Â took a left turn and hit my bicycle on its (and my) left side.Â  Fortunately, neither of us were moving quickly.Â  She had slowed for her turn, and I can’t go as fast up a hill.Â  It’s also fortunate that I was standing up on the pedals.Â  I don’t know precisely what happened at the moment of impact.Â  I remember thinking: “Oh, #@$!! I can’t believe this car is going to hit me!” Next, I was getting up off the pavement, left knee bloody and right knee bruised.Â  My bicycle lay to my left, wheels and crankshaft bent, and left pedal broken.Â  I say it’s fortunate that I was standing up because I deduce that the car must have knocked me off my bike –Â when standing up, pedaling, less body is intertwined with bike than would be in the sitting-down-pedaling position. Thus, I found myself getting up off the pavement, and not from under bike or car.Â  More importantly, my bicycle absorbed the impact of the car.Â  My body’s (minimal) injuries derived from the pavement more than the car.

After realizing that I was only a little scraped and bruised, and (alas) cursing at the driver (whose remorse quickly shamed me into apologizing for my rudeness), my next thought was: “Hey, I should be able to exercise again in a couple of days!Â  Excellent!”Â  (And I was able to.)Â  It took an hour or so for “Hey, I’m really lucky to be alive!” to sink in.

I mention this because, in reading Jesse Goldberg’s “Injuries and my fears of aging,” I realize my primary response to aging has been to exercise more and with greater regularity.Â  In my 40s, I exercise more than I did in my 30s; in my 30s, I exercised more than I did in my 20s. Why? The older you get, the harder it is to start exercising again.Â  I know that, if I were to stop, I would quickly lose a lot of ground.Â  As a cross-country runner in high school, I could take the summer off and, within a week, get back into shape.Â  I can’t do that now.

To be clear, I was not and have never been a great athlete: I got a varsity letter in cross-country my senior year only because I kept showing up (I never once placed in a varsity race). But, as an adult, if I exercise regularly, I feel healthier, I can do my job better, and I sleep better –Â well, inasmuch as a neurotic person like myself ever sleeps better (I have a hard time “turning off” at the end of the day.Â  Too much on my mind). The “life of the mind” –Â writing, teaching, research, service –Â isn’t designed for one’s health. We spend far too much time sitting at a computer, in meetings, in archives, at conferences, and on planes.Â  We spend far too much time sitting. One can even sit while teaching, although I generally do not.

Though keeping in shape allows me to function in the ways that I did when I was younger, it also doesn’t.Â  As I age, my body becomes more prone to injury.Â  My “exercise more!” response to aging also requires me to pay greater attention to my body.Â  For the last year, I’ve been seeing a chiropractor regularly, and – since my mid-30s – have had to go to physical therapy for the occasional injury.Â  I’ve had to adjust the way I run (calf-muscle troubles), and adjust the way I sit at the computer (neck troubles).Â  Before bed each night, I am now obliged to go through a sequence of stretches so that my body can continue to function as I would like it to.

Unlike Mr. Goldberg, I do not fear aging. I fear Alzheimer’s. I fear living in a permanent vegetative state. And, yes, I’m not looking forward to death. I’ve always liked Woody Allen’s line: “It’s not that I’m afraid of death. I just don’t want to be there when it happens.”Â  But aging itself?Â  As long as I have my health (or most of it), aging is fine. To paraphrase the clichÃ©, aging is far better than the alternative.

In addition to leaving me very happily not-dead, the car inflicted no lasting damage. The driver kindly took me to the emergency room, where medical professionals examined me, treated the open wound, made sure I was OK.Â  Since then, my left knee has scabbed over nicely, and skin is growing back. The bruised muscle above my right knee (lower thigh muscle, really) is nearly 100%, and the post-accident muscle stiffness has receded.Â  The driver’s insurance paid for the damage to my bicycle, and Pathfinder (great local bike shop) has already repaired the bike. This was, without question, the best possible outcome of a car striking a bicycle.Â  I’m very fortunate.Â  (In sum: do not worry.Â  I am fine.)

In any case, this post is less about the accident and more about my (ultimately futile) attempts to slow the inevitable decline and fall of my body.Â  It’s about fighting aging via exercise.Â  I know will eventually lose this fight, but it’s a battle worth waging.

(And, yes, this blog will return to its more typical –Â i.e., not autobiographical – posts very soon.)

Abdominal‘s “Pedal Pusher” (2007) may be the greatest bicycling song ever. Â Love this.

Since I took the post’s title from their song, let’s give a listen to the Brothers Gibb (two of whom are no longer staying alive, I’m sorry to say). Â Here’s “Stayin’ Alive,” which was also released in 1977.

Wyclef Jean also did a great tribute / cover in “We Trying to Stay Alive” (1997) – which in the video, also has a nice homage to Michael Jackson’s “Beat It.”