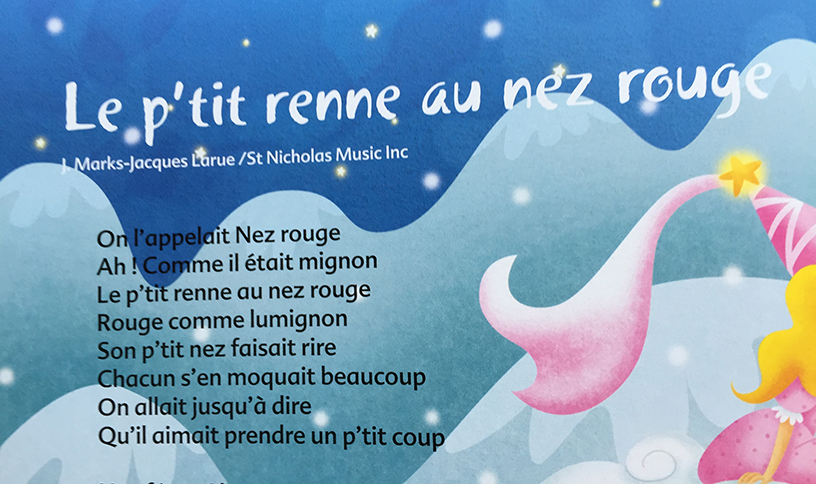 “Le p’tit renne au nez rouge” — Jacques Larue’s translation of Johnny Marks’ “Rudolph the Red-Nosed Reindeer” — reveals the real reason Rudolph’s nose was so red. Contrary to the 1964 Rankin-Bass TV special, its glow was not caused by an incandescent bulb. The last four lines (above) tell us:

His little nose made everybody laugh.
Everyone mocked him.
Some went as far as to say
That he liked to have a little drink.

Yes, that’s right. Rudolph was out tippling. So. Now you know.

Translation courtesy of Linda Nel. Commentary and BuzzFeed-esque title provided by yours truly.