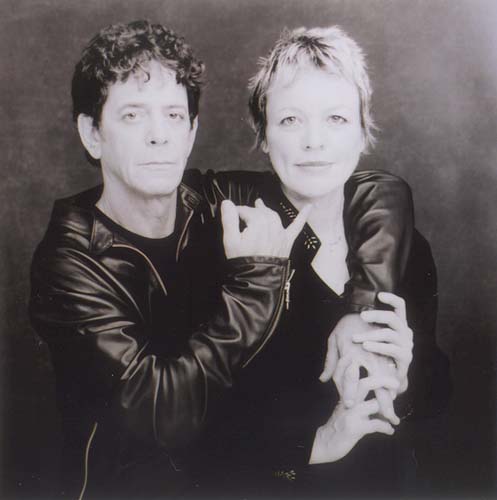 I collect quotations – the epigrammatic, the wise, the thoughtful. Sometimes, I post these in my “Commonplace Book” entries. Here’s another for the commonplace book, offered by Laurie Anderson on the occasion of Lou Reed‘s induction into the Rock and Roll Hall of Fame, on Saturday, April 18, 2015. It’s “rules to live by,” co-written by Reed and Anderson, who were life partners for 21 years (and who married in 2008):

I’m reminded also of the three rules we came up with, rules to live by. And I’m just going to tell you what they are because they come in really handy. Because things happen so fast, it’s always good to have a few, like, watchwords to fall back on.

And the first one is: One. Don’t be afraid of anyone. Now, can you imagine living your life afraid of no one? Two. Get a really good bullshit detector. And three. Three is be really, really tender. And with those three things, you don’t need anything else.

Here’s the video of the entire speech, recorded by a member of the audience (so, the audio’s not great). This “rules to live by” portion runs from 8:55 to 9:46.

There’s also an imperfect transcript of Anderson’s speech in Rolling Stone. I hope a more precise transcription (or, perhaps, the full text of her speech) is forthcoming.

Because you should hear their music, too, here’s a recording of “In Our Sleep,” co-written by Anderson and Reed, and performed by them both. This remix is from the CD single. The original version appears on Anderson’s Bright Red (1994).