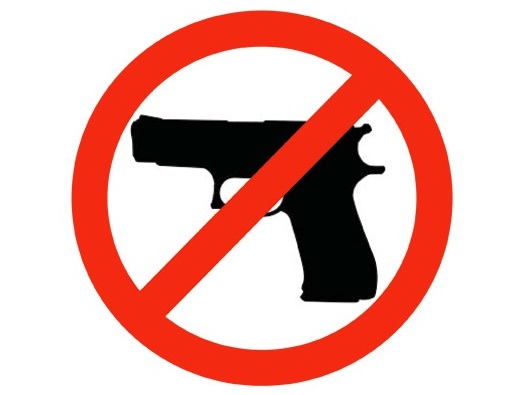 The National Rifle Association is working to forceÂ guns into lecture halls, libraries, offices, dormitories, and stadiums. Their efforts to weaponizeÂ college campuses are succeeding.

At the time of the Virginia Tech massacreÂ (32 people killed, 2007), only one state university system (Utah) required colleges and universities to allow guns on campus. Â Following the mass slaughter at Virginia Tech and Northern Illinois University (5 people killed, 2008), you might think that the NRA would have begun backingÂ sensible gun regulation. Instead, the NRA proposed a bill requiring colleges and universities to have guns on campus. Thanks to the NRA’s support and ALEC’s advocacy, there are now 8 states that have adopted a version of this bill, allowing guns on campus: 2 of those for concealed-carry permit holders (Colorado, Utah), and 6 guns in some circumstances (Idaho, Minn., Mississippi, Oregon, Texas, Wisconsin). As of July 1, 2017, Kansas will join these states.

Since I teach at a state university in Kansas, and since I rather enjoy being alive, I hope that our state legislature will repealÂ its so-called “Kansas Personal and Family Protection Act” or that the Kansas Board of Regents will grant state universities an exemption. As of right now, I do not see conclusive evidence that either will happen. That’s one reason I joined 39 other Kansas State University Distinguished ProfessorsÂ in calling for a change in state gun policy.Â  As our letter says,

There is no evidence that increased gun presence has decreased death or injury by guns on campuses. Whether on campuses or elsewhere, private citizens have had no appreciable success in preventing deaths by intentional shooters, accidental shooters, or suicidal individuals. Beyond the boundaries of universities, the evidence is that the presence of guns in homes increases the likelihood of death or injury by gunshot. We believe our community is safest without guns in our midst, except in the hands of on-duty law enforcement officials.

We are dedicated teachers, mentors, researchers, and colleagues. We believe that the unrestricted presence of guns in our classrooms, offices, lecture halls and other spaces will make us and our students feel less safe. It will compromise the open door policy many of us maintain, in which students and others are free to drop by our offices to consult or converse. It will make students less open to working together with others whom they may not know well, and will adversely affect their educational experience. We believe that by compromising the safety of our community members, sanctioning guns on campus goes against the mission of the university.

We are not the only educators opposing state legislatures’ attempts to endangerÂ the lives of students, faculty, and staff. I’ve been encouraged to see other organizations and individuals speaking out against the false notion – promoted by the NRA and their legislators – that making it possible forÂ more people to kill other people somehow magically increases the safety of all people.

In its statement opposing “campus carry” laws, the American Association of University Professors says, “State legislative bodies must refrain from interfering with decisions that are properly the responsibility of the academic community.” 29 scholarly societies (including the American Studies Association) issued their own statement against the incursion of guns on campus, saying that Texas’ “Campus Carry law and similar laws in other states introduce serious safety threats on college campuses with a resulting harmful effect on students and professors.”

Will state legislatures actually listen to theÂ people who work in the field of education? Â Or will theyÂ instead flood campuses with guns, increasing the likelihood that students, teachers, and staff will get added to the next sad, inevitable list of the dead? Â Also, if bringing guns into the workplace is such a great idea, then why don’t legislatures allow guns in their workplaces? Â (The Kansas legislature, for example, grants itself an exemption from its law.)

As of the middle of October 2015, there had beenÂ 25 shootings on American college campuses this year, resulting in 23 dead and 25 injured. These include mass shootings, accidental shootings, and murder-suicides. (Suicide is a leading cause of death for college-aged people and guns are used in the majority of these deaths.) I haven’t checked the statistics as of today (December 2nd), but I know there have been others since mid-October and fully expect there to be more before the end of the year.