69 years ago today, the first daily strip of Crockett Johnson‘s Barnaby ran in the newspaper PM.  One year from today, Fantagraphics will begin reprinting Barnaby in full (co-edited by me and Eric Reynolds) — and the University Press of Mississippi will publish my biography of Crockett Johnson and Ruth Krauss.  In anticipation of both events, I bring you … Barnaby on stage! 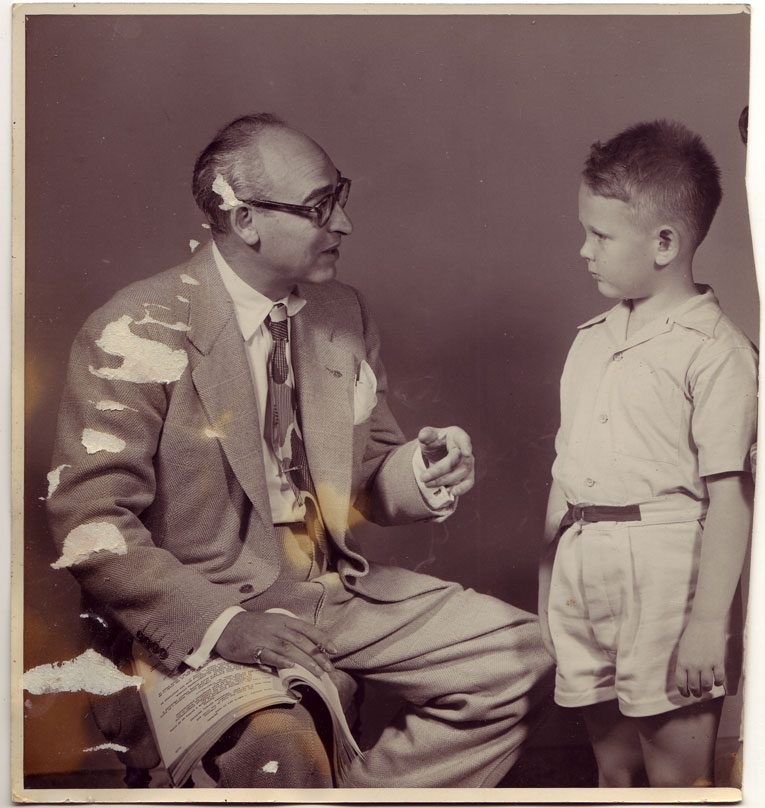 In September 1946, Crockett Johnson’s Barnaby and Mr. O’Malley made their stage debut. Adapted by Jereome Chodorov, the play initially seemed like it would be a great success.  After reading Chodorov’s script, Elia Kazan thought the play would be a hit.  Before its debut, Columbia Pictures bought film rights.  But, as was the case with the previous year’s radio adaptation, Barnaby and Mr. O’Malley did not live up to initial expectations.  It had but four performances — two in Wilmington, Delaware, and two in Baltimore, Maryland.  Before ever making it to New York, it closed for repairs… and that turned out to be the last of it.

With thanks to Thomas Hamilton (who played Barnaby), above is a photo of himself and director Charles Friedman.  Also thanks to him, here are a few pages from early the script, leading up to Mr. O’Malley’s entrance.  (Sally is Mrs. Baxter, Barnaby’s mother; John is Mr. Baxter, Barnaby’s father.) 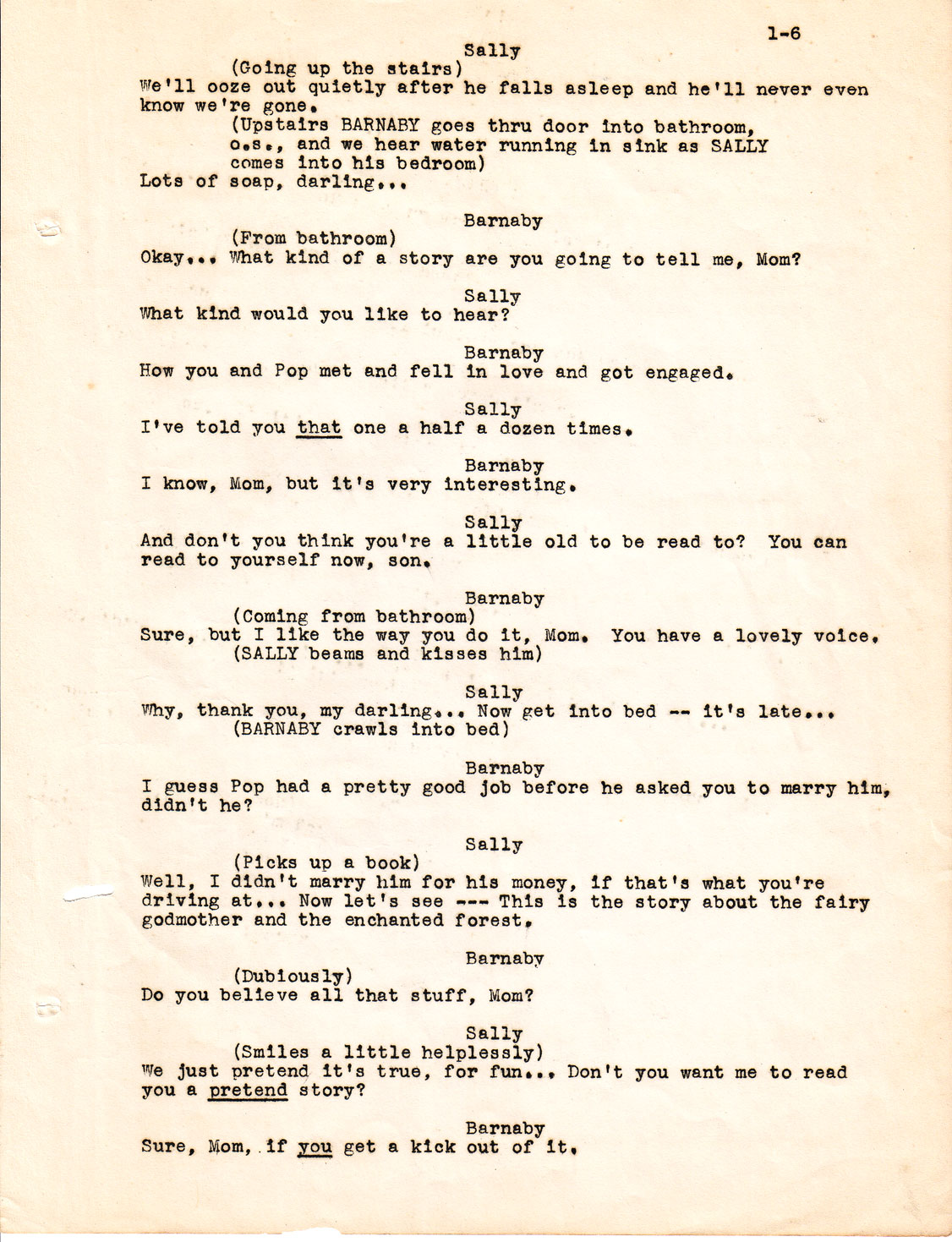 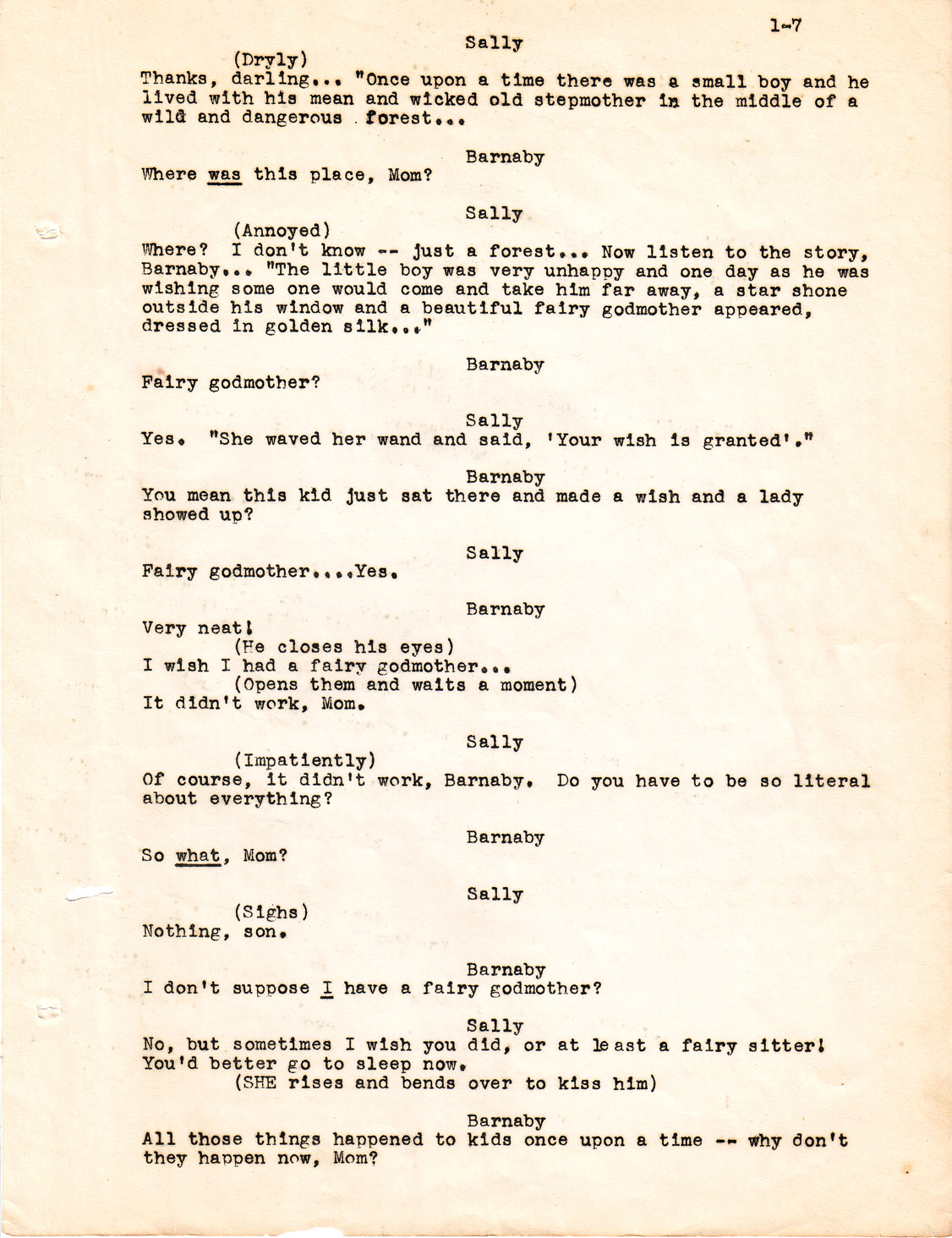 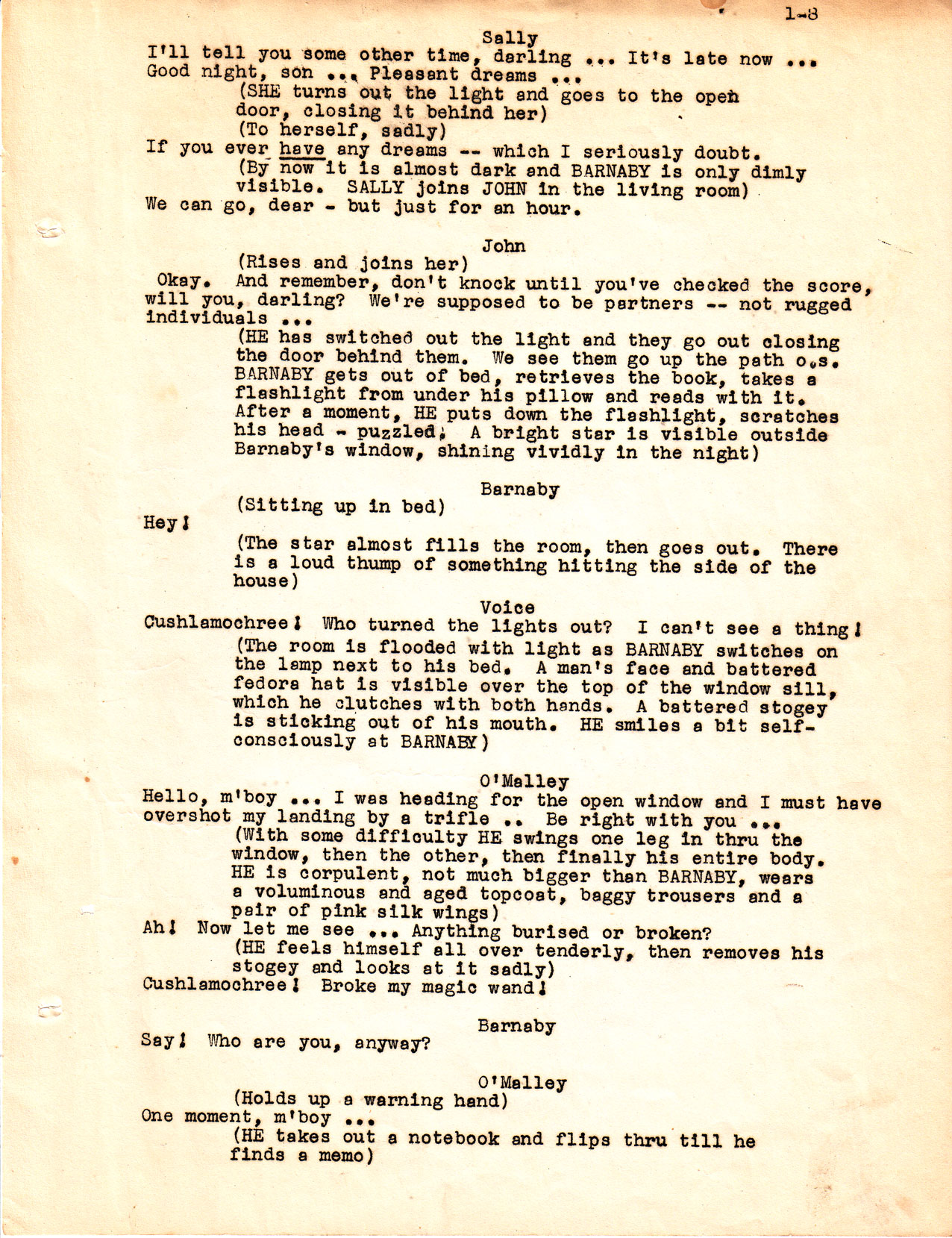 2 Replies to “Cushlamochree! Barnaby on stage!”