If you’ll be in (or near) Nashville on Friday 11th, Karin Westman and I are giving a free lecture: “Accidental Experts: Strategy, Serendipity, and the Places You’ll Go.”  We’ll talk about children’s literature (me on Dr. Seuss, Karin on Harry Potter), and about navigating academia.

How Long: About an hour, with additional time for questions.

Here’s a pdf of the flyer they’ve created.  And, below, a jpeg of the same.  The flag motif is because — when we were graduate students at Vanderbilt — Karin specialized in British literature, and I in American literature. 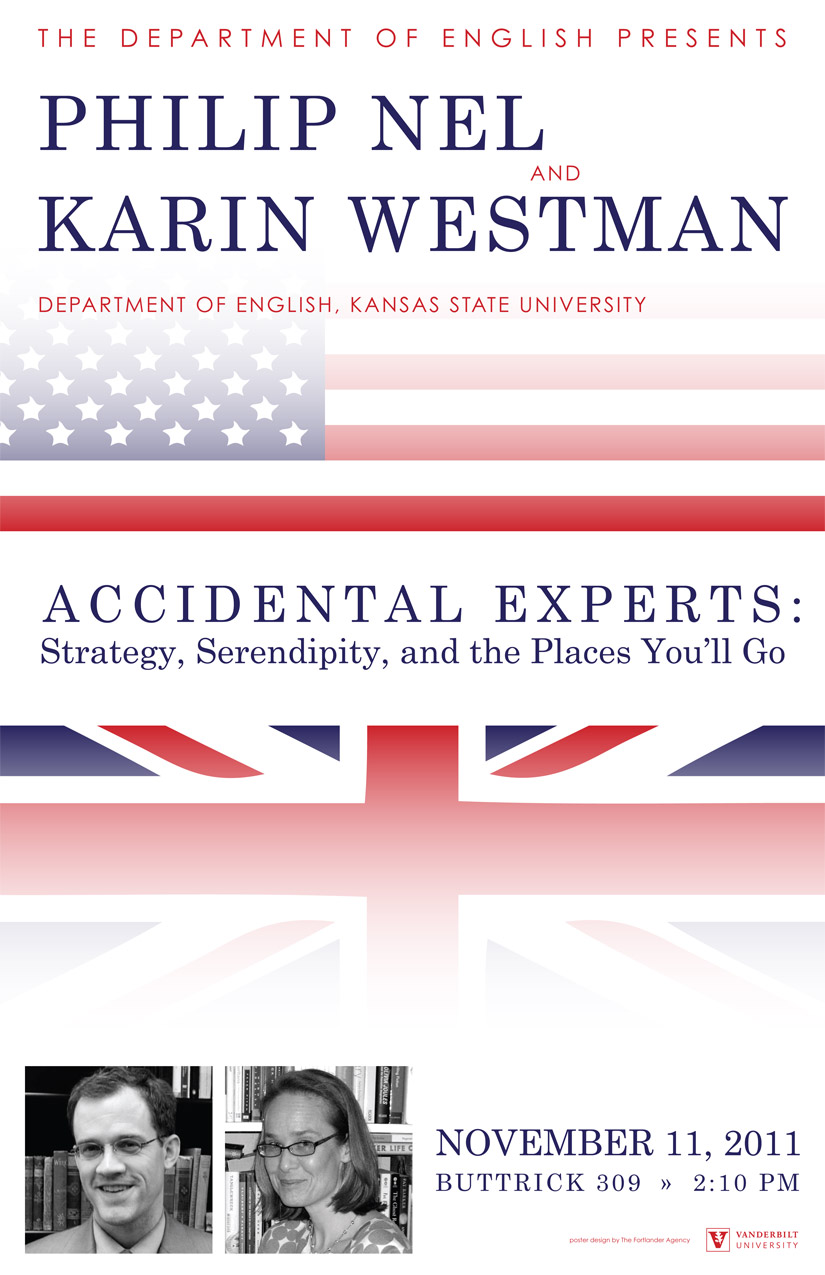