Harold taks his purple crayon to the walls of the Ben Franklin School, on Flax Hill, in Norwalk, Connecticut.  The school houses the Head Start program.  I’m told that the mural was painted by employees of Pepperidge Farm. 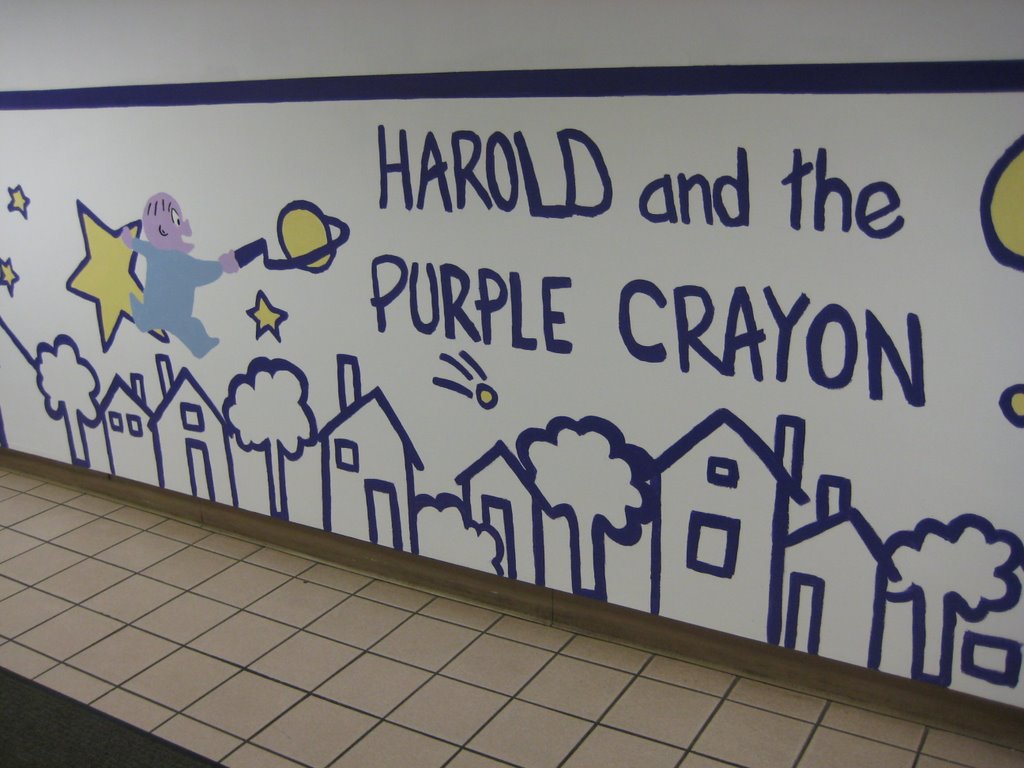 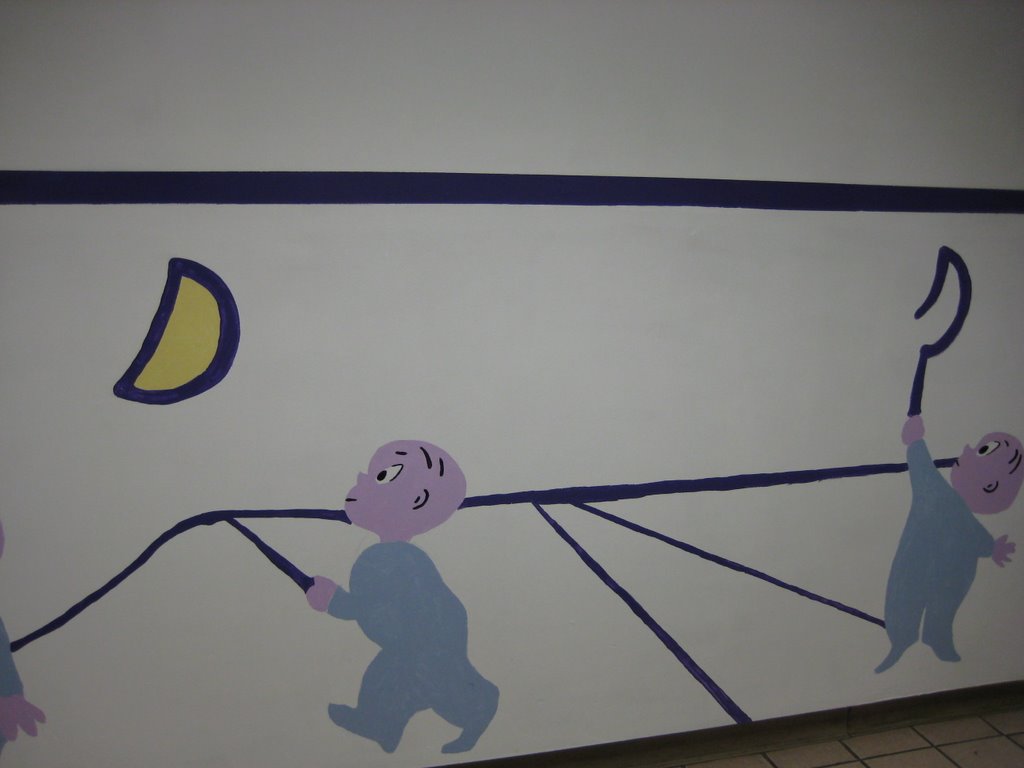 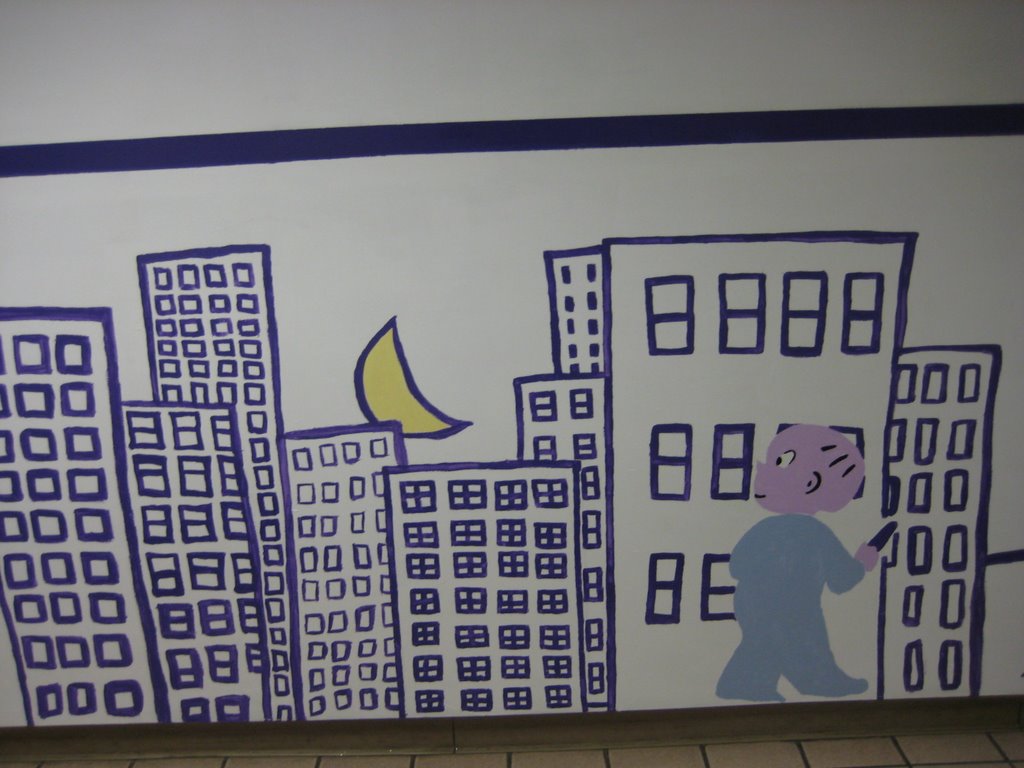 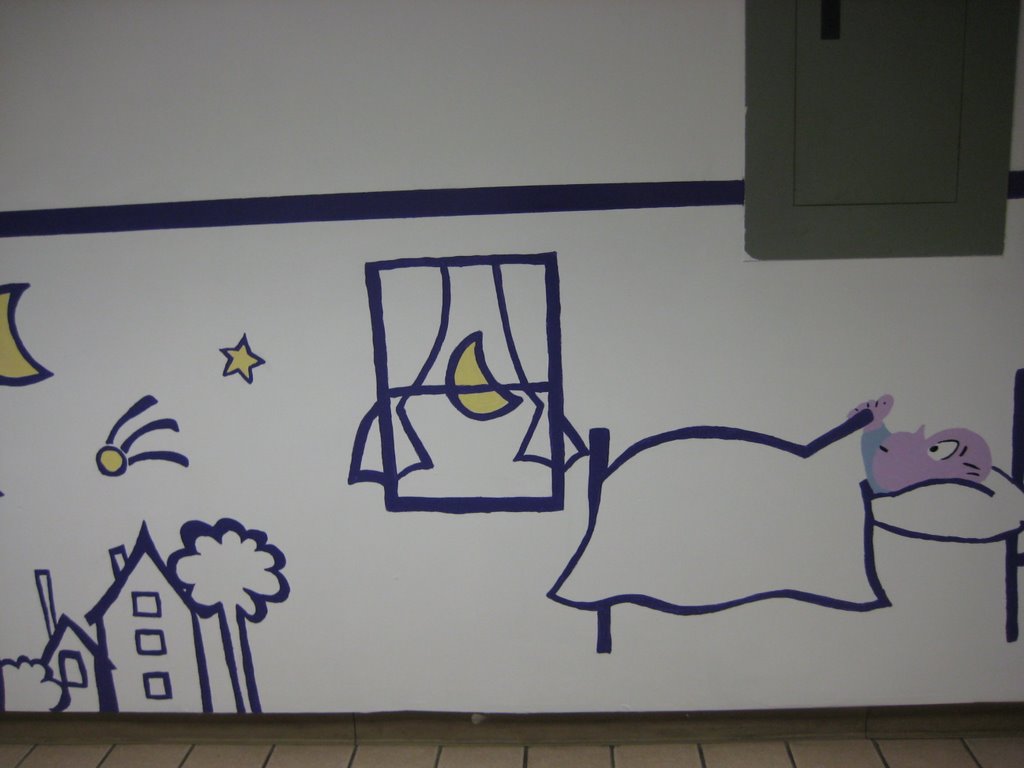 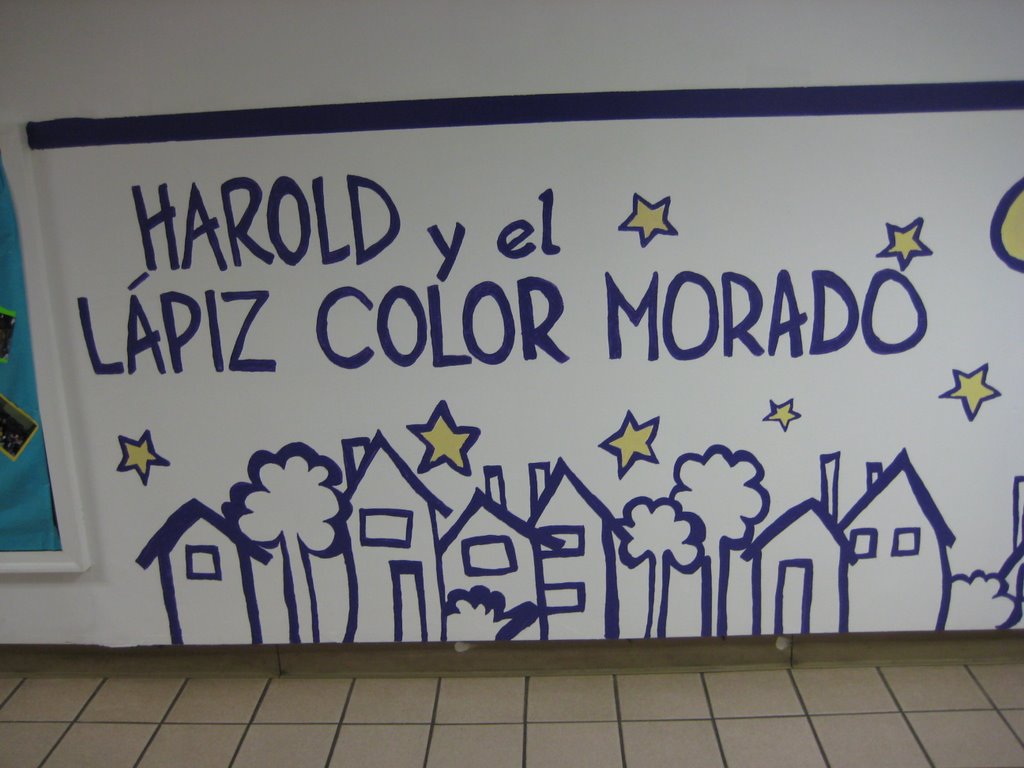 The photos are all courtesy of Jackie Curtis, a friend of Ruth and Dave — a.k.a. Ruth Krauss and Crockett Johnson.  Known as Dave to his friends, Johnson created Harold and the Purple Crayon (1955) and its six sequels.  Krauss, author of A Hole Is to Dig (1952, illus. by Maurice Sendak) and The Carrot Seed (1945, illus. by Johnson), was married to Johnson. Both lived in Rowayton (South Norwalk), about three miles from the school where the above mural appears. And, as readers of this blog will be aware, Johnson and Krauss are the subjects of my double biography, scheduled to appear in September of this year.

3 Replies to “Harold and the School Mural”