In the Chronicle of Higher Education this past Tuesday, Professor Kathryn D. Blanchard reports “wallowing in ‘post-tenure depression,’” a phenomenon she discovers is more common than one might think. What, she asks, “can account for the feelings of despair and apathy that follow this milestone, the pursuit of which causes us to invest not merely the years of teaching, scholarship, and–gods help us–committee work, but also years and years of postcollegiate education?”

Let’s get the obvious criticisms out of the way.Â  First, the whole essay screams first-world problem, something which its concluding paragraph acknowledges.Â  Second, given that, in the Humanities, each year the academy produces five times as many Ph.D.s as there are tenure-track jobs for Ph.D.s, the Chronicle’s decision to publish Professor Blanchard’s lament seems in questionable taste. Think of all the adjuncts seeking a tenure-track position, adjuncts whose work supports the privilege enjoyed by people like Professor Blanchard. There are thousands of highly qualified people who would love to have a tenure-track job – to say nothing of tenure itself.

And now, a more substantive critique. The point of an academic position is not tenure. Yes, of course, you should follow the guidelines of your institution, making sure that you do all that is required for tenure. Academics already know this, but to any non-academics reading this: if you don’t get tenure, you’re fired. The university usually employs you for another year, while you look for another job. So, Professor Blanchard was wise to have maintained a focus on that goal.

However, the reason for being in academia is to pursue interesting work. So, yes, do keep your eye on the “tenure” prize. But remember, also, that you’re in this for the long haul. Seek scholarly projects that sustain your interest. Volunteer for the service that best fits your disposition (and, conversely, try to avoid service that drives you up a tree). Find ways to keep your courses fresh and exciting: change the syllabus for each one you teach regularly, and invent new courses whenever you get a chance.

Getting tenure offers an opportunity to explore newer, perhaps riskier, academic endeavors. Those risks may be intellectual –Â pushing your own thinking further, undertaking a project that will take longer to complete. Those risks may be pedagogical –Â designing a new course that pushes you and your students in productive ways, but that may also take time away from your research. Those risks may be institutional –Â say, publishing with a popular press instead of a refereed / academic press (academe values the latter more than the former). Or seeking to reform the tenure system within your university. Â Or writing a piece for the Chronicle in which you imply dissatisfaction with the “godforsaken place” where you teach.Â  (Professor Blanchard writes, “there are less-savory synonyms for the pleasant-sounding euphemism of ‘job security,’ such as ‘stuck’ or ‘trapped’ or ‘you’ll never get out of this godforsaken place!’”) Tenure grants you a degree of intellectual and professional freedom.

So, to any others who experience post-tenure depression: the cause seems (to this armchair psychologist) not to be tenure, but rather the elevation of tenure to Supreme Academic Achievement. Tenure is a major achievement, to be sure. But it’s only one stop along the way to … wherever your work leads you. For those of us fortunate to have tenure-track jobs, scholarship should be a journey, not a destination. 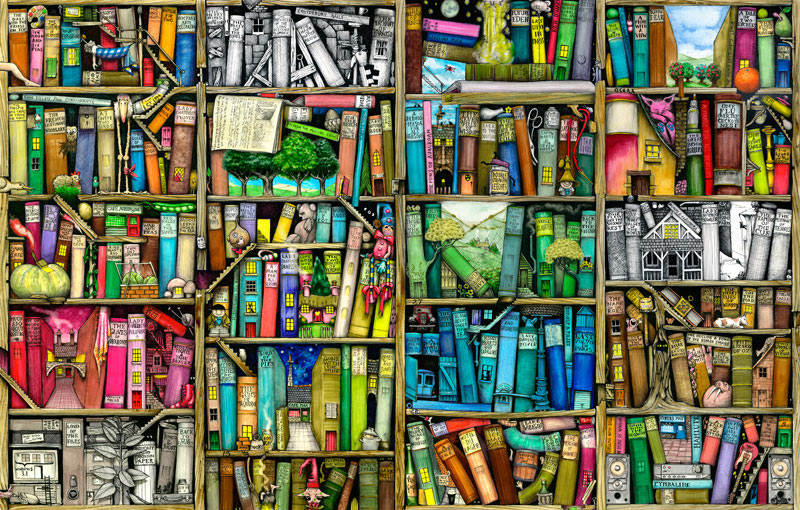