I’ve managed to schedule two invited talks within three days of one another.  I believe both are open to the public.  The Johnson-Krauss talk (Normal, IL, 26 Mar.) definitely is open to the public, and the Harry Potter talk (Pittsburgh, PA, 23 Mar.) offers no indication that public needs permission to attend.  So, if you’re in the area, stop on by!  Here are more details.

I’ll be speaking on “Crockett Johnson and Ruth Krauss: How an Unlikely Couple Found Love, Dodged the FBI, and Transformed Children’s Literature” at  7 p.m., in 138 Schroeder Hall.  This is the spring’s Lois Lenski Lecture, and it will allow me to premiere what will be the “book talk” for my biography of Johnson and Krauss (which, not incidentally, has the same title as the talk).  You can learn more about the talk here.  They’ve got a spiffy poster for the event, too! 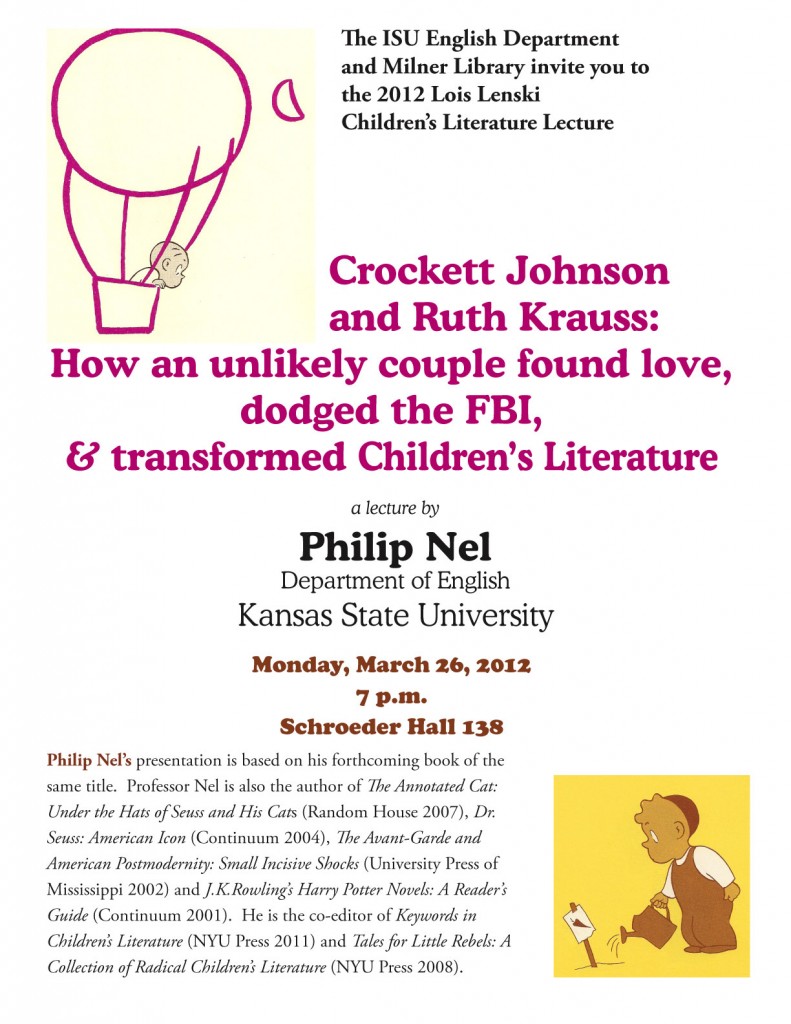