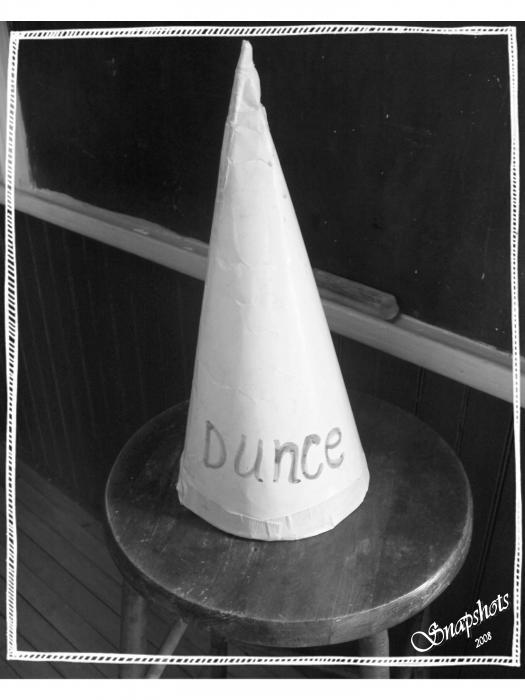 As you probably already know, Forbes‘ Susan Adams contributed to the professors-don’t-really-work myth in naming “University Professor” the “Least Stressful Job of 2013” (Forbes, 3 Jan. 2013). Â After learning that this is utter nonsense, Ms. Adams did at least have the decency to publish an “addendum,” in which she acknowledges that the survey on which she was reporting “didn’t measure things like hours worked and the stresses that come from trying to get papers published in a competitive environment or writing grants to fund research.”

That’s a start.Â But I want to refute this “oh, professors have it easy” myth once and for all.

I realize that’s a tall order. Â The myth persists in popular culture, aided — in America, at least — by a public that views knowledge with suspicion. Â So, I can document how many hours I work (as I did, here and here). Â Others can do this sort of thing, too. Â We can also speak up when we see alleged journalists spreading this nonsense. Â But how much effect are we having? Â And while we cannot spend our careers putting out the flames of ignorance each time they ignite, if we don’t do this… the fire spreads.

So, for instance, I’m ostensibly “on vacation” right now (because I’m not teaching), but it took me a few days to respond to this because I was in Boston, attending the Modern Language Association convention and at Harvard gathering materials for my next book. Â In the days before the Spring 2013 term begins, I need to finish assembling an American Studies Association proposal, get my syllabi together, get my course packs together, revise an essay and send it out, write an abstract for a summer conference (abstract is due Jan. 15th), send an abstract for a conference at which I’m giving a talk (this is due today), do some Routledge editing (I edit Children’s Literature and Culture series), get plane tickets for the two invited talks I’m giving in March, write at least one of two grants, start working on the Afterword and Notes for Barnaby Vol. 2,Â and… that’s all I can remember right now. Â But I’m sure there are items I’m forgetting.

While I doubt that this brief response will have any discernable effect on the general public’s level of knowledge about what professors do, responding seemed better than letting ignorance go unchecked. If there’s a better way to educate the public about academic labor, I’m open to suggestions.