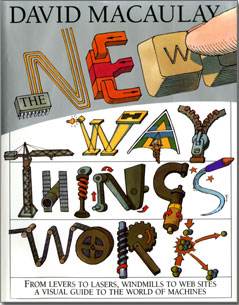 Starting last Saturday, I began chronicling just what I do every day – in an effort to make visible the (usually invisible) work that academics do. Â Now that this week-long experiment has concluded, I am glad to take your questions.

Q: 62 hours!Â  Was that more or less than you expected?

A: I honestly had no idea.Â  I felt sure that I worked more than 40 hours a week, but I had never kept track of how many.Â  I can say, though, that the number doesn’t surprise me.

A: Yes and no.Â  Yes: the panoptical effect of knowing that I must be accountable for every minute inspired increased productivity.Â  I’m sure of that.Â  I spent less time on Facebook and more time working.Â  After all, people were watching, and I was holding myself up as representative of my group (professors).Â  I wanted to put in a good showing.Â  No: if this increased my hourly work total (and I expect it did), I would guess that it did so by no more than two or three hours.Â  I spent a little less time on Facebook, but I still spent time there.Â  So, in this sense, the account remains a true reflection of how I spend my weeks.Â  If you don’t believe me, take a look at my CV –Â which represents only the research side of my job.

I also think this is representative because I know there are weeks when I work more than 60 hours.Â  When I travel to give talks or present at conferences, I’m simultaneously keeping up with my other work.Â  I get a lot of writing done on planes.Â  I wrote most of the biography for the Seussville website on a plane, for example.

A: Nope.Â  Exercise was normal, save for the failure to get off of my butt on Thursday.

A: It’s true that I don’t teach during the summer.Â  I also don’t get paid during the summer.Â  However, surprising though it may seem, I do work during summers.Â  Articles still need to get reviewed for journals, and manuscripts for presses.Â  Conferences happen –Â I have two coming up this summer.Â  And, of course, there’s research.Â  Whether I’m traveling to archives, interviewing people, getting books via interlibrary loan or via the library, or simply thinking about projects, I am conducting research.Â  I also write more during the summers.

A: Honestly, I don’t know.Â  I’ve never kept track.Â  I suspect that it varies.Â  My guess is that, on an ordinary week, I work more like 50 hours per week.Â  That said, I can also think of summers –Â such as 2005, when I was on a Smithsonian fellowship –Â that I suspect I worked more.

A: Many people work more hours than that, and for less satisfaction.Â  I do this job because I find it interesting.Â  I like learning things and then sharing what I’ve learned.Â  I’m fortunate to have a job from which I derive meaning.Â  If you’re doing something you enjoy, you’re willing to put in more hours.

But that’s only half of the answer.Â  The other half is the uncertainty.Â  Yes, I am tenured, and a full professor.Â  I have “job security.”Â  However, I also have not received a raise in three years, and I know that the U.S. is divesting from public education.Â  President Obama called our current economic situation “our generation’s Sputnik moment.”Â Â In response to the original Sputnik, the U.S. invested in public education.Â  In response to the new one, will the U.S. continue its decades-long divestment from public education? Â Certainly, the party of “fiscal conservatives” (which ran 8 years of deficit spending before it noticed the deficit) proposes cutting funds from public education (hey, how else can we sustain tax breaks for millionaires and corporations?). Â But perhaps some investment may come. Â I don’t know.

I do know that jobs like mine are disappearing. Â When I received the Ph.D., each year one in 4 English Ph.D.s found a tenure-track job. Â That figure is now 1 in 5. Â Here in Kansas, Gov. Brownback is too savvy a politician to pull a Scott Walker on us –Â he’s more likely to dismantle one public institution at a time, rather than go after several at once –Â but he’s of the same mindset.Â  Tenure is no longer enough.Â  I need to try maintain “portable tenure”: should sustained neglect cause this ship to sink, I want to be able to find another ship.

Also, the three post-Ph.D. years as an adjunct were formative ones. Maintaining a steady rate of production got me out of that lean, tentative period and into this better, if extremely busy, one.Â  But I retain the sense that what I have remains fragile.Â  If I work at it, though, then I maintain some peace of mind. Â I know that – even though it may yet slip away, come unraveled, collapse – at least I’ve done my best to keep it all propped up.

A: I don’t like living in the panopticon.Â  And I’d hate to teach at Kean University, which (as Lia tells us in a response to Tuesday’s post) requires professors to keep a timesheet.Â  Academic labor doesn’t really break down into discreet parts.Â  You think, write, edit, prepare for class, grade papers, where and when you find the time.Â  I found it very difficult to document precisely how I spent my time because often the increments were very small or I was engaged in multiple tasks simultaneously.

Also, this job requires time for unmonitored reflection, the thinking that happens simply because there’s time for it to happen.Â  If you’re always worried about monitoring your time, there’s less space for spontaneous discovery.Â  It’s liberating not to be keeping a daily log today.