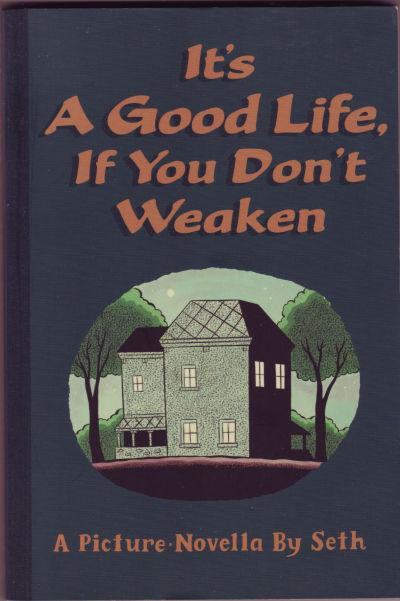 The week’s chronicle of precisely how an academic (specifically, me) spends each summer day is now complete. Those who followed this admittedly dull exercise might have some questions. Those who couldn’t bear following it can save themselves both time and tedium by skimming through the Q+A below.

Q: How many hours did you work this week?

A: Oddly enough, I did the opposite. About halfway through the week, I noticed that I was underreporting my time.Â  I did not go back and adjust my daily totals upward, but I was –Â in the latter half of the week –Â more willing to count as work both (a) work that was fun, and (b) work that I hadn’t fully realized was work.Â  To explain, the great benefit of this job is that it’s genuinely interesting. Â I ended up not counting seeing The Avengers, but part of my job actually is keeping up with popular culture connected to comics and to children’s literature. So, I could have counted that. The parts of my job that are tedious are easy to notice as work, but the parts that aren’t tedious sometimes slip by unnoticed.Â  For example, I do write during a jog or in the shower –Â this happens in my head, and I write it down later.Â  While doing something mundane, I will often also be thinking of something connected to my work.

I also underreported a bit because that’s just what I tend to do. If I lose track of how many sit-ups I’ve done, then I just add another ten. That is, if I think I’ve done 50, but I’m not sure, then I’ll count myself as only being at 40, and keep going. It’s dispositional.

Q: Were you surprised by how much time you spent working?

More surprising is how difficult it is to track academic labor. There’s no off-switch. Lots of small tasks overlap with larger ones. One item temporarily interrupts another, which then leads you to a third before you resume working on the first. And thinking never stops.

Q: How’s life in the panopticon?Â

A: One of the greatest things about having concluded this experiment is that I’m out of that %$#! panopticon. As I noted the last time I did this experiment, I do not enjoy living in a glass cage. I don’t like making my daily life quite so public. However, once I commit to something, I follow it through to the end. So,… I felt I had to continue until the week concluded. I hope this exercise achieved its (admittedly modest) goal of making summertime academic labor visible, but I don’t plan to do it again.

Q: But doesn’t living under the panopticon make you more productive?

A: Maybe. It makes you more conscious of how you use each minute. But it also makes it harder to relax, harder to take the time to think deeply. In some ways, the experience simply amplifies my neuroses.

Q: Oh, come on. Do you really think your week-long summer diary is going to change anyone’s mind?

A: Realistically, I think it unlikely. But academics have to try to explain what our job entails. The general public thinks we have summers off, and (since the vast majority of us teach at what are euphemistically called “state” institutions) are thus living it up on the taxpayer’s dime. In truth, we do work during the summers, and most of us do not get paid for that work. As noted in my first post, the university does not pay me during the summers. If I elected to teach summer classes, it would. However, as many “state” universities do, Kansas State University dos not classify time spent doing research or service as labor for which one should be compensated.Â  I intend that as a criticism of the system in general, and not of Kansas State University in particular. Indeed, I keep placing “state” in inverted commas because only 23%-24% of the university’s budget comes from the state. The state’s decision to divest from public higher education has left erstwhile public universities with little money for salaries or even for general maintenance. But, we live in a representative democracy, and the majority of Kansans voted for a governor hell-bent on cutting taxes for the wealthy and for corporations, but raising the cost of living for everyone else –Â all while creating massive budget deficits. This is neither sound fiscal policy nor sound social policy. However, these are the policies under which higher education (and all publicly supported social endeavors) must exist –Â or not.

Q: Still, though, being a professor is a good gig, right?

A: Yes, it really is. I’m fortunate to have work which I find meaningful. Any career is going to be more demanding than an ordinary job. Doctor, musician, teacher, lawyer, artist, paleontologist, writer –Â if it’s a career, it’s part of your identity. And we’re more willing to invest in work if it’s part of who we are.

Q: You certainly listen to a lot of different music.

A: I do! I enjoy all (or nearly all) varieties of music. And I’m glad to have a bit more time to listen to music during the summers. So, let’s conclude with another song.Â  Here’s a song I discovered via Seth’s It’s a Good Life, if You Don’t Weaken. That book’s title references a WWI-era phrase which became the title of the song “It’s a Great Life (If You Don’t Weaken)” (lyrics byÂ Leo Robin, music byÂ Richard WhitingÂ andÂ Newell Chase).Â  Performing the song, here’s Lou Gold and His Orchestra, with a vocal by Irving Kafuman.

To experience the full tedium of this week’s chronicle, you might explore the links below, where you’ll also find another, equally tedious, week-long public diary.