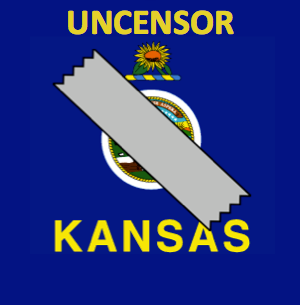 The Kansas Board of Regents’ revisedÂ social media policy (announced this afternoon) grantsÂ academic freedom with one hand, and takes it away with the other. It addsÂ the language of the work group’s model policy, but refusesÂ the work group’s intent. It retains nearly all of the Board’s original language that drew such criticism – grounds for dismissalÂ still include making statements “contrary to the best interests of the university,”Â or that “impair discipline by superiors or harmony among co-workers,” and so on. But now, the policy begins byÂ affirming principles of academic freedom.

The Board has done what it said it would do: it has taken its original failed policy, and then added language from the work group’s exemplary policy. The problem, of course, is that the language of the original policy remains operative. The Board’s proclamation “Kansas Board of Regents to Consider Substantial Changes to Social Media Policy”Â is accurate only if the word “substantial” refers to the number of different words in the revised policy: the latest versionÂ doesÂ adopt most of the work group’s suggested language. However, the proclamation is inaccurate if the word “substantial” refers to the punitive intent of the original policy: makingÂ statements as a private citizen can still be cause for dismissal. That has not changed.

This new policy is at odds with itself. It begins by walking towards the light of open, unfettered inquiry, but then turns its back, barricading itself behind its insistence upon censure.

ItÂ is a deft piece of sophistry. In seeming to grant the academic freedoms its critics have sought, it initially lulls readersÂ into thinking that the Regents have at last heard and understood. But then, as it approaches the home stretch, it gives us 6.b.3 — which is nearly the same as 6.b. in the original. At that point, previous assurances ofÂ “the Kansas Board of Regents’ commitment to the First Amendment and principles of academic freedom” wither before those vagueÂ “best interests of the university,” impairing discipline, and all the rest. Â The promised oasis of academic freedom turns out to have been a mirage, after all – a lovely, enticing mirage. But a mirage, just the same.

The Kansas Board of Regents is inviting comments on this new policy (once you click on the link, scroll down to the bottom of the page) until this Friday, May 2nd, at 5pm. Â So. Â Please comment! Â It does not seem to be restricted to faculty, staff, or students of Regents universities. Â So,… if you’d like to voice yourÂ opinion, please do.