Perhaps you have also seen these memes drifting through your social media feed. There’s a photo of Hillary Clinton and George W. Bush sharing a hug. 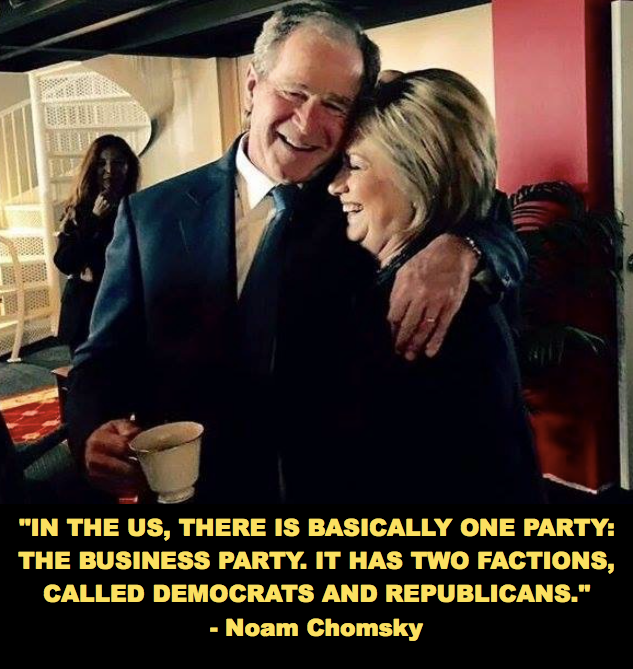 This was taken at Nancy Reagan’s funeral earlier this month, but one meme-maker offers the photo as evidence that her politics and policies are identical to those of George W. Bush.

There’s another photo of Hillary Clinton and Donald Trump, taken at Mr. Trump’s third wedding, in 2005. 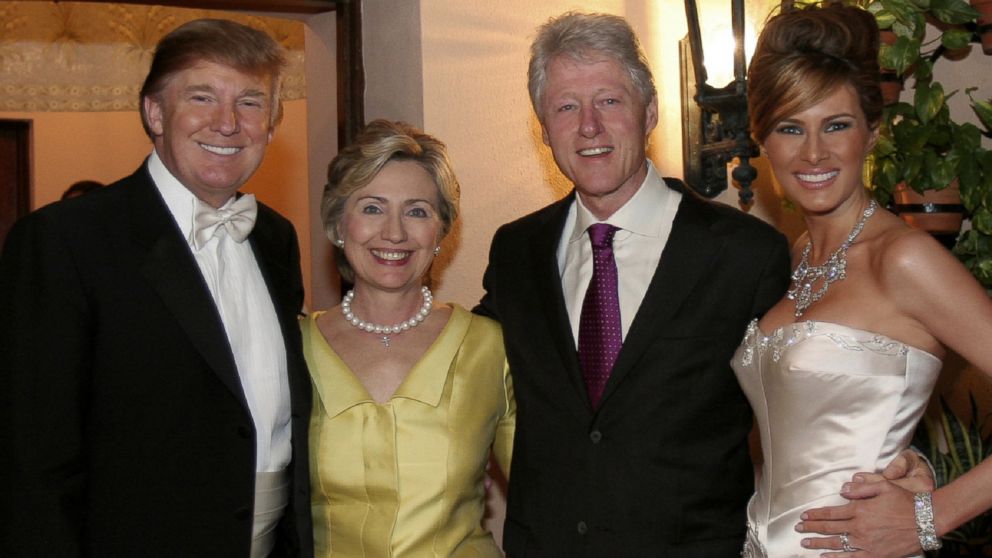 This, too, is supposed to indicate a political alignment between the two presidential candidates. Â Indeed, both photos are being shared by supporters of Bernie Sanders, in an effort to persuade you to vote for the Vermont senator.

There are many excellent reasons to vote for Mr. Sanders: a rebuke to Secretary Clinton’s neo-liberalism, or in opposition to Mr. Trump’s neo-fascism, to name but two possibilities. Â However, the frequent sharing of these photos suggests that at least some of Senator Sanders’ supporters lack the ability to reason. Â Secretary Clinton has spent nearly 40 years in public life. You can find photos of her next to lots of different people, some of whom you may admire, and others of whom you may revile. She sharesÂ a human moment withÂ President Bush at a funeral, and accepts a wedding invitation from Mr. Trump (then a major donor to Democratic candidates). Is it not possible to be civil to those with whom you disagree? Indeed, why notÂ read the photos ofÂ evidence of civility rather than ideological affiliation? Â These photos prove that she is a public figure and a politician. That’s all.

Here is a photo of First LadyÂ Clinton and Mickey Mouse, circa 1993. 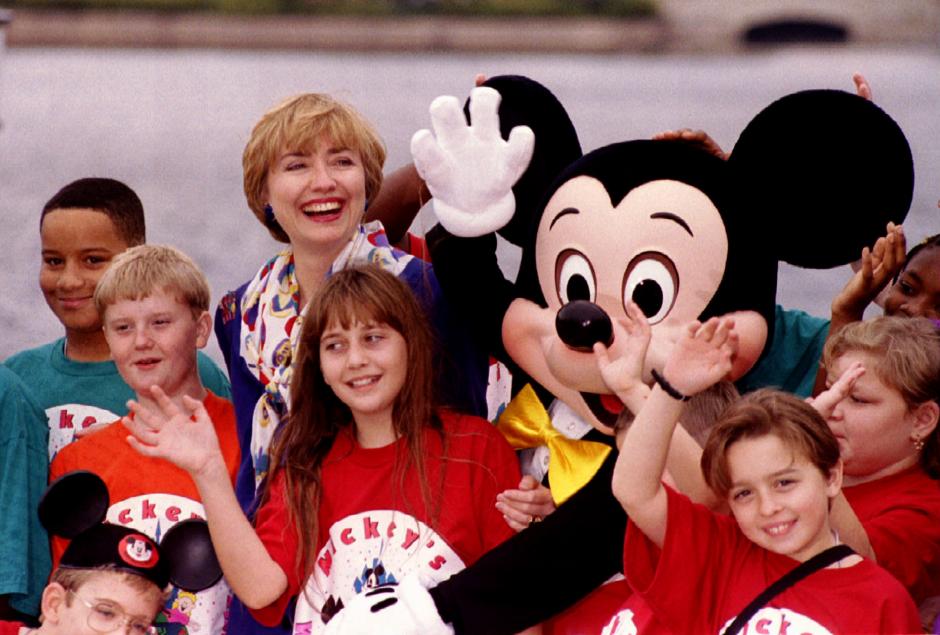 Here is a photo of Secretary Clinton and Vladimir Putin, in 2010. 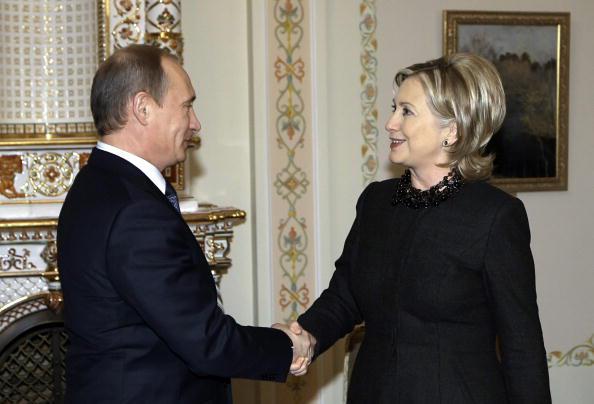 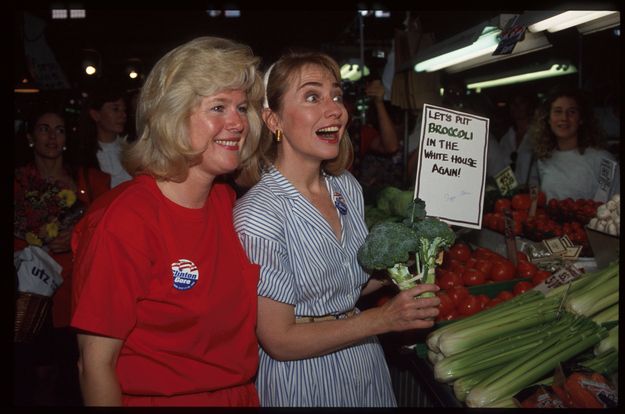 What do these photos prove? Â Are they evidence of a nefarious Russian-Disney-broccoli alliance? Â Obviously not. Â So, yes, debate the merits of Sanders, Clinton, Trump, Cruz, Kasich, and whomever else you like. Â There are real policy differences, and a healthyÂ debate is vital for democracy. But deploy convincing arguments, not facile memes. Â Please.