1. The π sculpture in Seattle, Washington. 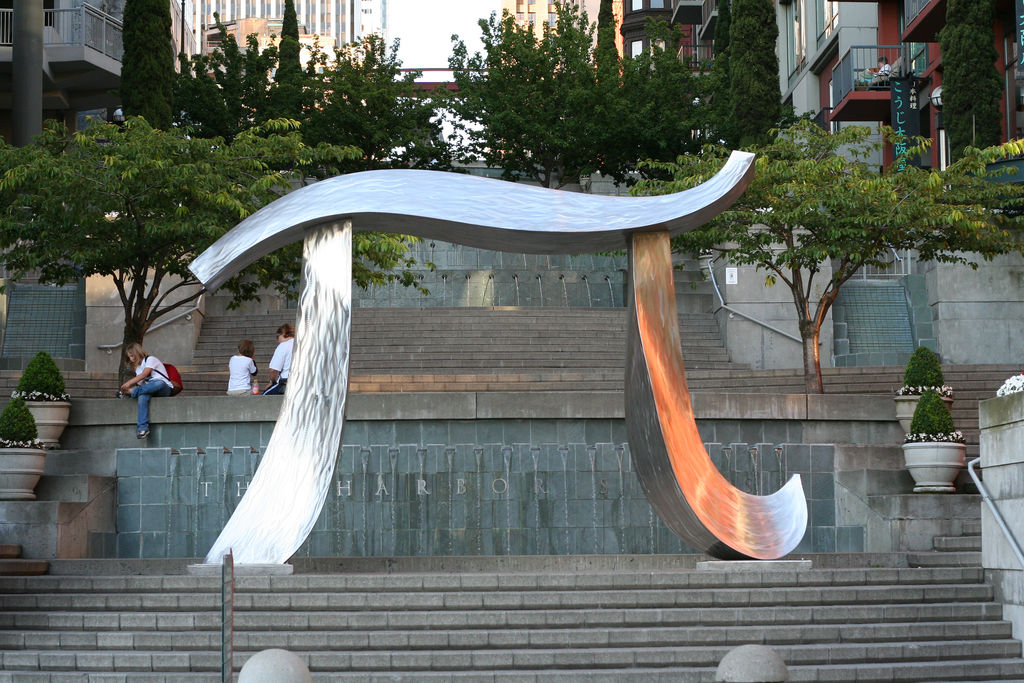 This website lists π out to its one millionth digit. So does this one.

3. My childhood obsession with this number.

I have never cared a great deal about the ratio of a circle’s circumference to its diameter. But, when I was a child, I did memorize π out to its tenth decimal point. I also wrote it out on a piece of paper out to its hundredth decimal point – an item I discovered a couple of years ago when cleaning out my childhood archive (then stored in boxes in my mother’s basement). Why write it out to the hundredth digit? Perhaps I planned to memorize the number all the way out to that decimal?

Most likely, its novelty captivated me. I loved paging through the Guinness Book of World Records, and even bought a new edition of the book each year. There, you could learn about Chang and Eng Bunker, or the longest word (that isn’t a technical term or proper noun): floccinaucinihilipilification, which (in case you were wondering) is the act of estimating something worthless. π is not worthless, but my attraction to it derives more from its oddity than its utility.

The sarcastic among you might observe that an affection for arcane information is a fairly good description of my profession – college professor. And you wouldn’t be entirely wrong. But you would be belittling the fact that knowledge is worth pursuing for its own sake. Knowledge has no obligation to be useful. Or, to put this another way, do not be discouraged if its purpose may initially elude you. You never know when knowledge might come in handy, or what ideas it might generate.