“Barnaby exclusively in the Chicago Sun!” Here’s a photo of a Chicago Sun delivery truck in the 1940s. 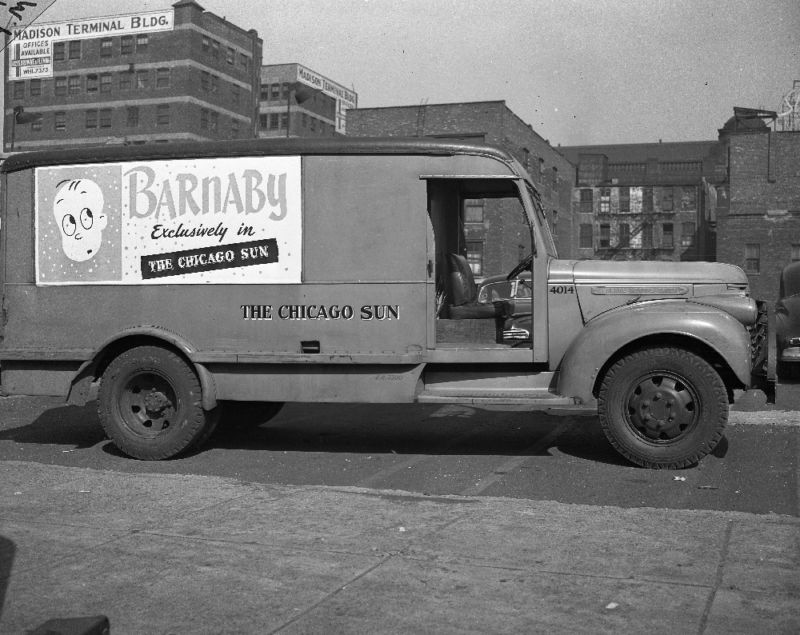 The occasion for sharing the photo is the quest for original Barnaby strips!  As readers of this blog know, Eric Reynolds and I are co-editing The Complete Barnaby for Fantagraphics.  We’re currently working on gathering strips from 1942-1943 — volume 1 (featuring those strips) is due out in April 2012.  Should you have any of these strips (or later ones), do drop me a line!  (My email address is at right, under “A note on mp3s.”)

Also, I love the fact that Crockett Johnson‘s comic strip is being used to sell newspapers.  Despite the many great strips being written these days (Cul de Sac, Doonesbury, Zits, Non Sequitur, etc.), you don’t see them deployed to help boost a paper’s circulation.  Which is a missed opportunity, I think.

Photo credit: Thanks to Charles Davis for sharing this! (Photographer unknown.)