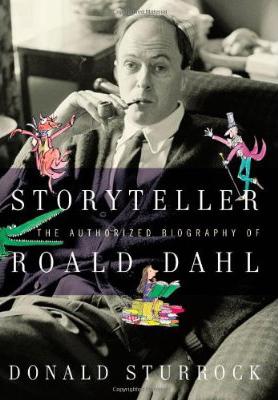 Last week, I finally finished Donald Sturrock’s Storyteller: The Authorized Biography of Roald Dahl.Â  I highly recommend it.Â  In addition to being well-written and carefully researched, it’s a heck of a story.Â  In it, you’ll encounter such facts as these:

If you’ve any interest in Dahl’s work or life, definitely check out Sturrock’s biography. Â It’s a great read about a complex, creative, aggravating author.Â  The book has inspired me to seek Dahl novels and stories that I’ve not read.Â  Having learned so much about the man, I’d like to read more of his work.