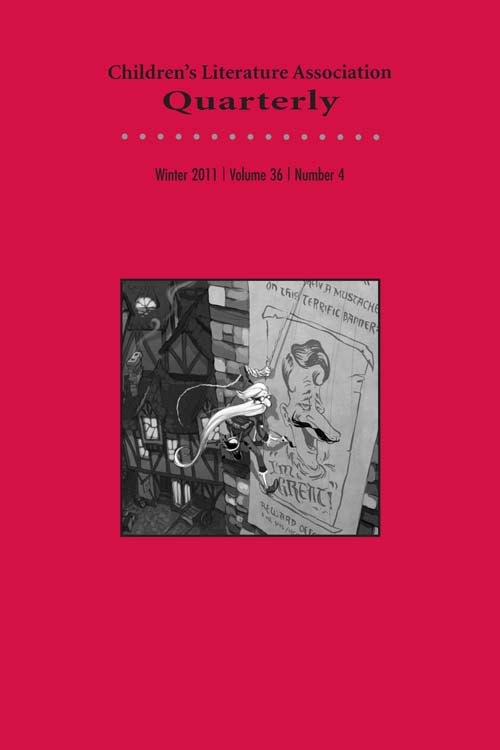 Â Â Â Â Â Â Â Â Â Â Focusing on literature for younger children published in the last decade–as well as on the incentives and disincentives for writing, publishing, and distributing this literature–we argue here that children’s literature, as well as being a tool ofÂ embourgeoisment, has been and continues to be an important vehicle for ideas that challenge the status quo and promote social justice, environmental stewardship, and greater acceptance of differences. We have looked for works that cast aside many of the traditional assumptions about what is appropriate for children, acknowledge pressing concerns of the day as relevant to children’s lives, and refuse to whitewash difficult truths, but which also display literary and aesthetic quality and recognize the cognitive and emotional capacities of children. Such “radical” children’s literature models and encourages activism by children as well as adults, and exposes unjust uses of power. It addresses the reality that the white, middle-class, all-American norm is a myth. Finally, it suggests that it is impossible and unethical to shut children off from the world outside US borders.1

Neither children nor literature for them can be extricated from politics. By choice or by default, children often get drawn into the “adult” worlds of politics, violence, and power struggles. At the same time, children’s literature, though in some ways marked by greater levels of public scrutiny than literature for adults, historically has been a realm for expressing utopian visions and launching subtle critiques of the existing social order. This is so becauseÂ [End Page 445]Â of conventions of children’s literature; practices within publishing, libraries, and schools; the meanings attached to childhood; and because individuals and groups interested in influencing the future recognize the need to influence children.2Â Just as the word “radical” derives from the LatinÂ radicalisÂ [forming theÂ root], radical children’s books address the roots of many flawed assumptions about children and childhood, as well as the causes of inequality, injustice, and exploitation around the world. (445-446)

1.Â According to the 2010 census, 20% of the total child population in the United States lives below the poverty line; 7.5 million children are without health insurance. Sixty-eight percent of American fourth graders are less than proficient in reading, and 34% are below even a basic level. Over 14.5 million children, or nearly one fifth of the child population, have at least one parent who is an immigrant to this country; 43% of those children have parents who are not US citizens. White children are a minority in Arizona, California, Florida, Hawaii, Nevada, New Mexico, Texas, and the District of Columbia (“Children’s Living Arrangements and Characteristics”;Â Kids Count Data Center).

2.Â On the traditions of radical children’s literature, see Mickenberg,Â Learning from the Left; Mickenberg and Nel,Â Tales for Little Rebels; Reynolds,Â Radical Children’s Literature; and Lurie,Â Don’t Tell the Grownups. Also see much of the scholarship of Jack Zipes; for instance,Â Fairy Tales and the Art of Subversion.

How to get a copy

If you or an institution to which you have access (likely a college or university library) subscribes to ProjectMuse, the Children’s Literature Association Quarterly would prefer it if you accessed it via that route – it may require you signing in if you’re not physically in (say) the library in question. Â But if you can get it that way, please do. Â The readership of the Children’s Literature Association Quarterly supports the Children’s Literature Association. Â I don’t understand precisely how this works, but the more “hits” an article gets, the more revenue for the association. Â (Academics will already know this, but to my non-academic readers: Authors do not get paid for their contributions. Julia and I have no financial stake in you accessing the article via a subscribing institution or otherwise paying for the article yourself.)

If don’t have access to Project Muse or no library near you subscribes to the Children’s Literature Association QuarterlyÂ – in sum, if you otherwise cannot obtain a copy – you may contact me directly. Â (Email address is at right, beneath “A note on mp3s.”)

For more information, see the bibliography we handed out to those in attendance.

For allowing us to use art from their work in the published version of the article, thanks to Shaun Tan, Molly Bang, Groundwood Books (for Alfonso Ruano’s picture from Antonio SkÃ¡rmeta’s The Composition and Gary Clement’s picture from Thomas King’s A Coyote Solstice Tale), Kids Can Press Ltd. (for StÃ©phane Jorisch’s illustration from Lewis Carroll’s Jabberwocky), Houghton Mifflin (for the image from Jeanette Winter’s Wangari’s Trees of Peace: A True Story from Africa). Â Special thanks to Kevin Cornell, Mac Barnett, and Disney-Hyperion for allowing us to use art from Mustache! for the cover. Â Just published (last month), Mustache! is a humorous book with an anti-authoritarian message. Â Check it out!