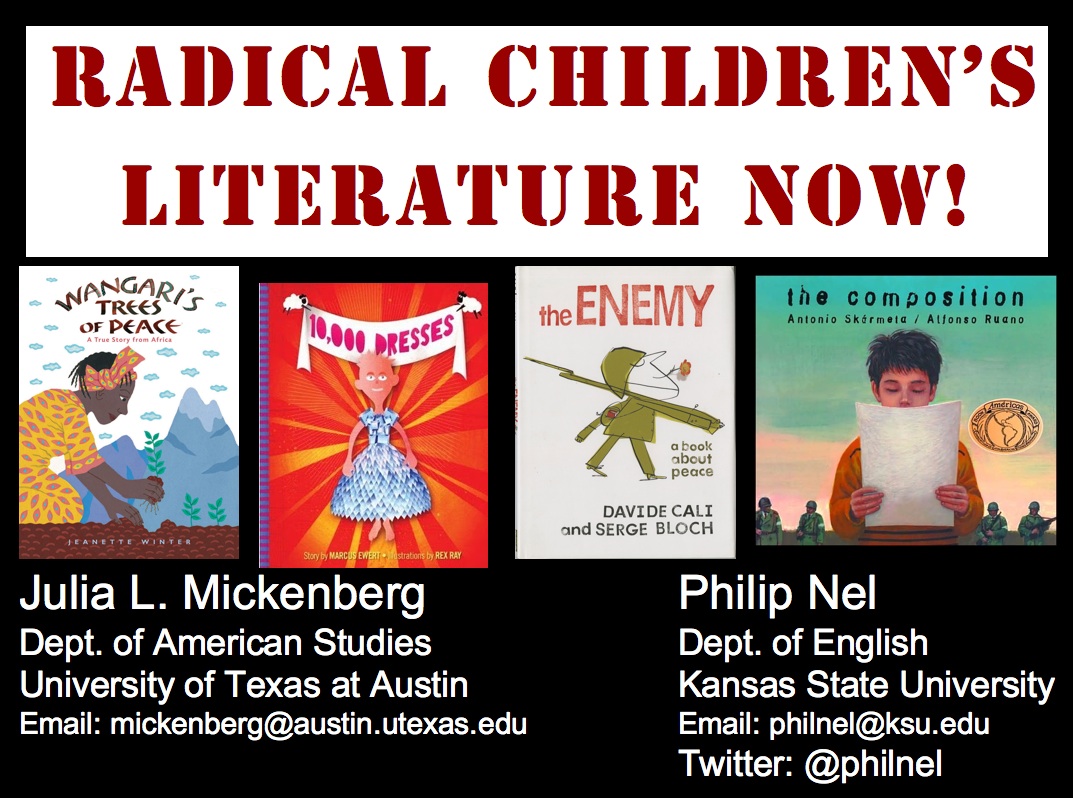 For more information, see the bibliography we handed out to those in attendance.  Eventually, this lecture will appear on the Children’s Literature Association’s website.