As has been noted twice before on this blog (see here and here), a color Sunday version of Crockett Johnson‘s Barnaby ran from 1946 to 1948. Â Courtesy of Colin Myers, here’s a full-page one from the winter of 1948. Â Though it’s undated, “winter” would have to be January or February because the color Barnaby concluded in May of 1948. Â Most of the Sunday strips are half a page; this one is unusual in that it’s full-page. 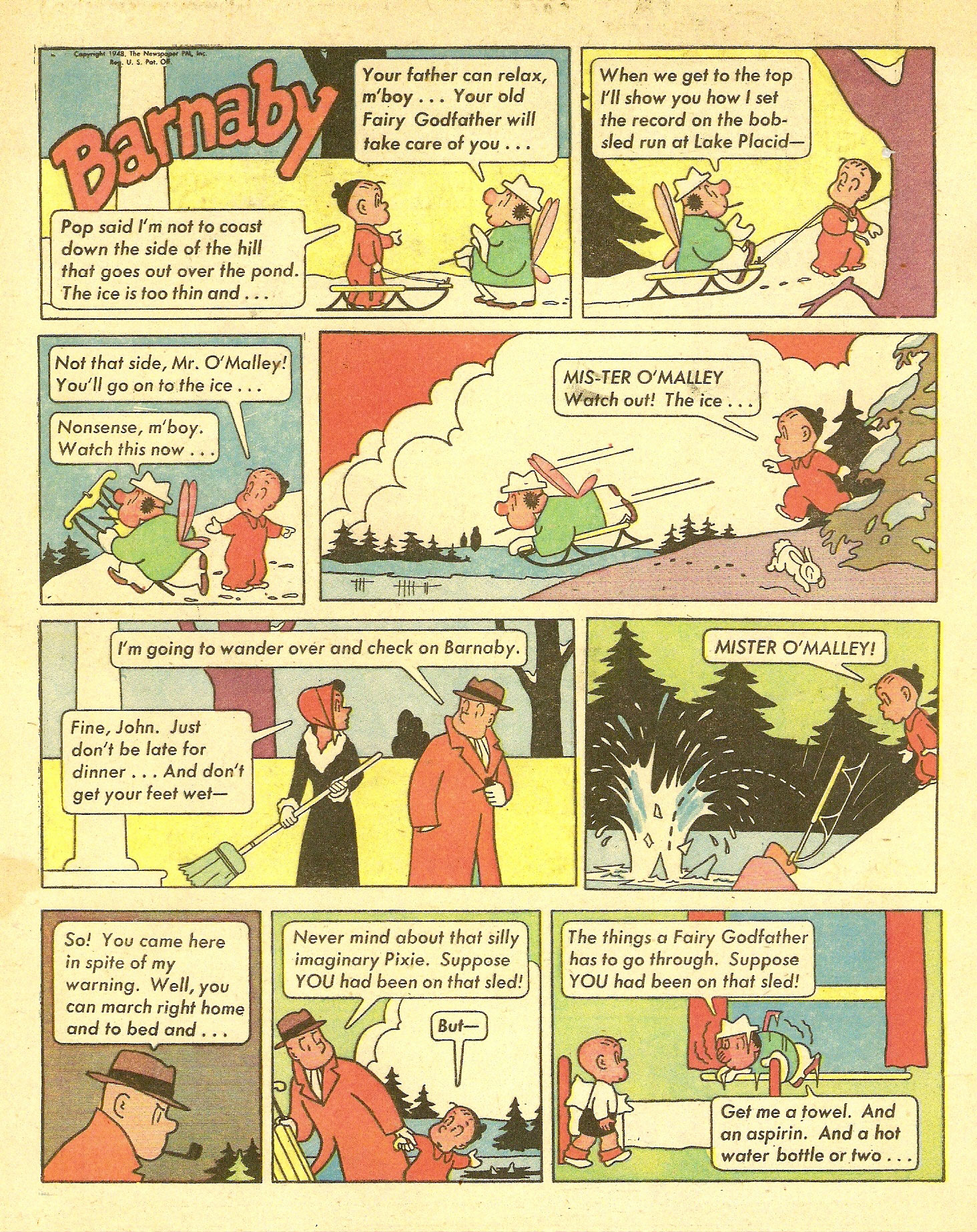 The artist is Jack Morley, the words are by Ted Ferro. Â For the daily strips during this period, Johnson was serving in an advisory capacity; I assume he was also serving as a story consultant for the Sunday strips. While they’re not up to Johnson’s exacting standards, the Ferro-Morley strips are still fun.

Not incidentally, my blog has been unusually quiet during this past week because of two Crockett Johnson projects: