What happens to the odd bits of knowledge you accumulate while traveling? Unless you write them down, much vanishes. So, here are a few things I learned while traveling in Switzerland, France, and Norway during the past ten days.

1. The Basilisk originates in Basel, Switzerland.Â  You know the basilisk from Harry Potter and the Chamber of Secrets, and likely also know that Rowling has borrowed the creature from mythology.Â  The mythical beast has its origins in Basel, as a guardian of the city.Â  You can find it on a bridge and in other public places there.Â  One of the city’s radio stations is Radio Basilisk –Â a discovery which prompted my question to my brother-in-law, Michel… and in turn led to this piece of information. 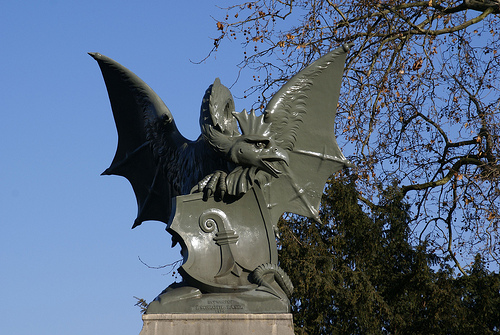 2. There Are No Trees Above 2000 Meters –Â in the Swiss Alps. (The tree line varies from place to place, climate to climate.) While hiking down from above the tree line, Michel mentioned this as we approached a few hearty trees. Why are there no trees above that height? I’ve looked it up, and I discover that there are many possible causes, including rainfall, acidity of the soil, and tolerance to draught and cold. 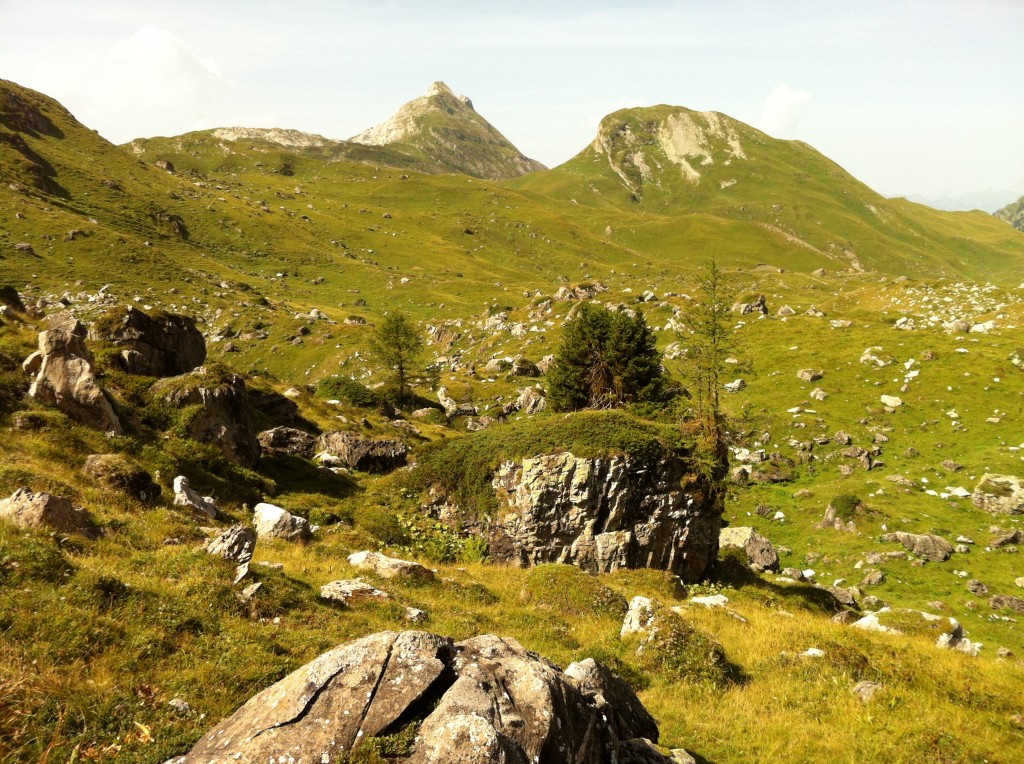 4. “Quisling” Is More Than a Synonym for “Traitor.” Â Vidkun Quisling was the collaborationist ruler of occupied Norway during the Second World War. A few months after the end of the European war, he was convicted of war crimes and executed. In what might be described as poetic justice, Quisling’s house now houses Oslo’sÂ Center for Studies of Holocaust and Religious Minorities.

5. Norway Elected Its Monarchy in 1905.Â  Usually one thinks of countries either curtailing the power of monarchy or, via a revolution, overthrowing the monarchy.Â  Not Norway.Â  When they gained their independence, they voted for a new monarchy –Â having abandoned the old one when they left their alliance with Sweden. Indeed, Prince Carl of Denmark only agreed to become king if the people of Norway held an election. They did, and voted him in. He took the Norwegian name Haakon, becoming King Haakon VII. During the Second World War, after the Germans invaded, he told the Norwegian government that if they were to cooperate with the Nazis, then he would abdicate. They unanimously voted not to cooperate, and King Haakon became a strong symbol for the Norwegian resistance.

6. The Scandinavian Languages Were Once All the Same Language. About 1000 years ago, they began developing in different directions –Â Swedish, Norwegian, Danish, Icelandic, Faroese. One result is that people from different countries in the region can understand one another even if they don’t all speak precisely the “same” language.

7. The Root of Metaphor Means Carry Over. Mavis Reimer pointed this out in her paper –Â the Latin metaphora means “carrying over.”

8. Stian Hole’s Garmann books offer series of sharp vignettes from the perspective of their grade-school-age protagonist. They are not so much narratives as they are glimpses into his interior life, presented via collages that amplify his emotional experience. There’s something about the juxtapositions that recal the efforts of the twentieth-century avant-garde, especially John Heartfield. One long-term result of the conference –Â I hope –Â will be me learning more about Scandinavian children’s literature.

To give credit where due, the initial sources for each of the above (later amplified by me looking stuff up, etc.) were: Michel Calame (1, 2), Linda Nel (3), Mavis Reimer (4, 7), Nina Christensen (8), and several people likely including Nina and Kristin Ã˜rjasÃ¦ter (5, 6).

The photos: Basilisk, byÂ HEN-Magonza (via Flickriver); trees by Philip Nel (via my camera’s phone); images of the Garmann books pilfered from here and here.