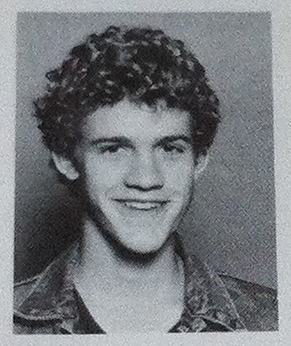 I am not nostalgic for my high school years.Â  As a teen, I was acutely self-conscious, chronically insecure, often depressed.Â  Yes, I also experienced a wider range of emotions (including joy and laughter) during those years, but my dominant impression of teen-age-hood is gratitude at having survived it.

But I returned for my 25th reunion last week. After all, I did have a few close friends, and (via Facebook) have connected with a few others. How many more opportunities will I have to see them? So, I returned. Here are ten observations.

1. As adolescents, lots of people were insecure, full of doubt, consumed by self-loathing. This is not news, but it is affirming to hear others admit this. “I was so angry then,” one classmate told me.Â  Adolescence can be a confusing, volatile time.

2. Memory inheres in places. Many glimpses of the past. At the edge of an athletic field, I vividly remembered a conversation, one evening during the spring of my senior year. I know who I was talking to, can remember what we both were wearing, but have no idea what we were discussing. Walking past the Arts Center’s cement cavern, I remember its echo chamber where, we –Â the male a cappella group – sang earlier that same year, also in an evening. Standing almost anywhere on campus revived memories.

3. I can’t believe I once attended school here. Choate is an extraordinary place. It has an Arts Center, a Science Center, a Humanities Center, athletic buildings, classrooms, and dorms – all of which rival or surpass those in the best universities. I was a student here because my mother taught here, and children of faculty can attend for free. My parents otherwise could never have afforded such an education for my sister and me.

4. That most children lack access to such high quality education is morally wrong.Â  In addition to the school’s extraordinary facilities, the ratio of faculty to students at Choate is 6:1.Â  Most public high schools are at least 12:1, and some are as high as 22:1. In the past few decades, Choate made the decision to admit fewer students, in part (so I understand) so that it could achieve such favorable ratios. In contrast, at the national and state levels, government has been cutting funds to public schools, resulting in larger class sizes and worse ratios.

5. The Reunion Industrial Complex.Â  I suspect this is a phenomenon of elite private schools (and universities), but the reunion was a very swanky, very professional affair. There were huge tents on the Great Lawn (I’d no idea that lawn even had a name), catered meals beneath those tents, bartenders serving (free) drinks at all events, live music, and lots of waitstaff on hand. OK, it lacked ice sculptures, but the reunion otherwise had all the trimmings of a fancy wedding. It must have been very expensive. As one classmate remarked, “If they get a big donation, the reunion will pay for itself.”

6. Teachers made a big difference outside of class. This is a reminder to me, as a professor: often we help our students more as mentors than we do in the classroom. In another blog post, I talked about how the late Terry Ortwein’s decision to cast me in a minor role in Our Town allowed me to glimpse a different self: acting showed me how to shed my shyness and become more outgoing, confident, competent.

Of all my Choate teachers, my mother had the greatest influence on me. I had been languishing in public school until she began teaching in private schools (thus enabling me to attend gratis). Having arrived in kindergarten able to read and write, I found public school boring, never learned to study, and just coasted along –Â daydreaming, paying scant attention. This strategy worked well, … until it stopped working well, and my grades slipped. Public school culture emphasized getting by; private school culture emphasized not only doing the work but striving for excellence. Had my mother’s job not enabled me to attend private school, I doubt I’d have gone to college, much less graduate school.

The lessons of private school did not take immediately. Fortunately, John Ford, then a dean, allowed me to repeat my junior year at Choate. Doing so granted me the time to get my act together. (1) I was unlikely to pass three years of Russian, which I’d chosen as my foreign language. So, I switched to Spanish, completing three years’ worth in two years’ time –Â thanks to a semester in Spain. (2) I also started paying attention consistently, worked harder, and improved my grades to the point that I was able to get into a good college.

I’d forgotten that my Choate classmates sometimes wondered whether my sister and I were twins. We’re in the same graduating class because she started school a year early and I repeated a year. For many years, when people would ask me if Linda (who speaks five languages and runs marathons competitively) were older, I would reply: “Only in terms of accomplishments. In terms of age, I’m actually two years older.”

7. Professionally, many people have found their niche in life. It may not have been the job they imagined themselves doing, but they find it’s a good fit for who they are. Lobbyist, teacher, IT professional, intellectual-property lawyer, stay-at-home mom, personal trainer, actor, director of community relations for Google, Oscar-winning screenwriter, executive producer of The Life of Pi. Yes, those last few are more exceptional than typical. But a number of my classmates are quite high-powered people. It’s very impressive!

8. No one works 9-to-5 anymore. I often think that my 60-hour weeks, in which I work during evenings & weekends, are typical for an academic, but unusual in the rest of the working world. However, such a “flexible” work schedule (in which work expands to fill any available time) is normal in most careers. This is one reason that it’s hard for us to describe what we do. We are all of us multi-tasking, juggling life and work, constantly in motion.

10. As the song says, “The years go by, as quickly as a wink. / Enjoy yourself, enjoy yourself (it’s later than you think).” I don’t mean embrace hedonism, but rather we are here now, and then we are gone. Several times during the weekend, I found myself thinking: It is good to be here, right now, in this moment.

I hope all of you fare well over the years to come, though I know not all of you will. I hope to see everyone in the future, though I know some of us will not cross paths again. I hope that you find meaning and purpose in your life, that you nurture your friendships and relationships, that you love and are loved.

The day after the reunion, I visited a friend whose job prevented her from attending. She was on call that weekend –Â she’s an M.D. who specializes in geriatrics. Or, as her spouse (an M.D. in pediatrics) puts it, “She has a 100% mortality rate.” Though that can be hard, it’s also very fulfilling. She (and sometimes her children) get to meet people in their 80s, 90s, 100s –Â people who’ve lived long lives and have stories to tell.

Except for one. She told me of a man, very accomplished in his field. I forget the precise job, and (for reasons of confidentiality) should alter the specifics anyway. But he was the president of a major insurance company or corporation, a very wealthy man. In devoting time to his career, he neglected his friendships and relationships. At the end, he lay there dying, not surrounded by friends and family –Â but quite alone. He turned to my friend, and asked “Is that it?” Then he died.

My wish for everyone is this. Live well so that, before you face that final curtain, you have something more to say. 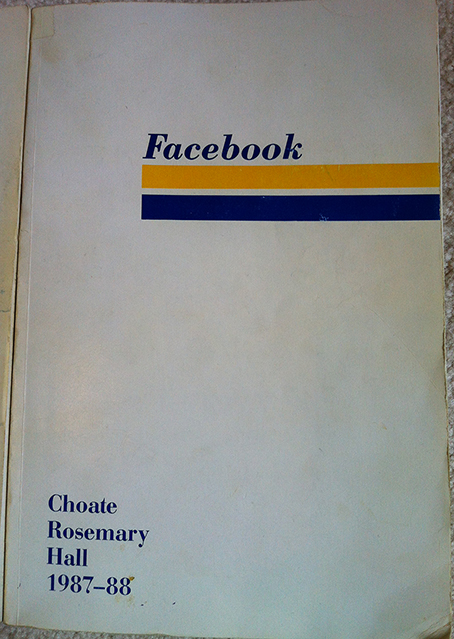 Image source: Choate Rosemary Hall Facebook 1987-1988.Â  Yes, back before the social media phenomenon of Facebook, the school each fall published a Facebook – for each student, a photo, name, address (both on and off-campus), and class year (or academic speciality, in the case of faculty). Â The photo above comes from the Facebook of my final year at Choate.