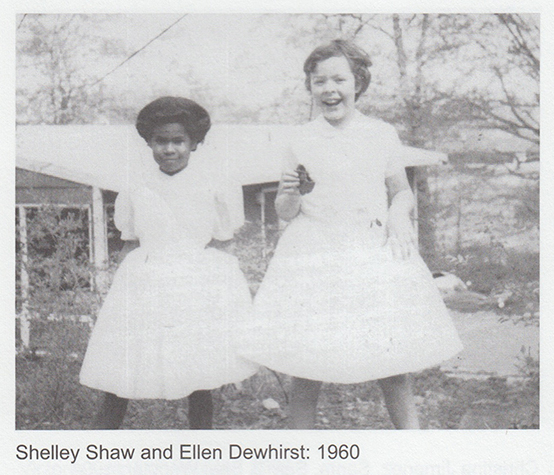 For America’s Independence Day, here’s a little-known chapter in the history of American anti-racism. Following the Second World War, progressives founded a dozen planned integrated communities across the country. While working on my biography of Crockett Johnson and Ruth Krauss, I learned about one of those communities – a section of Norwalk Connecticut directly adjacent to where Johnson and Krauss lived, and where they both had several friends. Its name is Village Creek. It was and is a fully integrated community. Here’s how it began.

In 1948, city planner Roger Willcox was looking for a home within commuting distance from New York. He and about thirty other people, most of whom were veterans and sailors, wanted waterfront property where they could raise their families and go sailing. As Willcox recalled, when discussing the kind of community they would like to have, they decided that “one of the basic principles” was that there should be “no discrimination because of race, creed or color. The world is made of all colors, creeds, and if we’re going to build a community that we want families to grow up in, and have it recognized in the world, it ought to represent the kinds of people who live in the world.”1 In July of 1949, when they bought the land just across the creek – Village Creek – that would become the Village Creek cooperative neighborhood, they drew up a covenant prohibiting discrimination “on account of race, color, religious creed, age, sex, national origin, ancestry or physical disability.”2 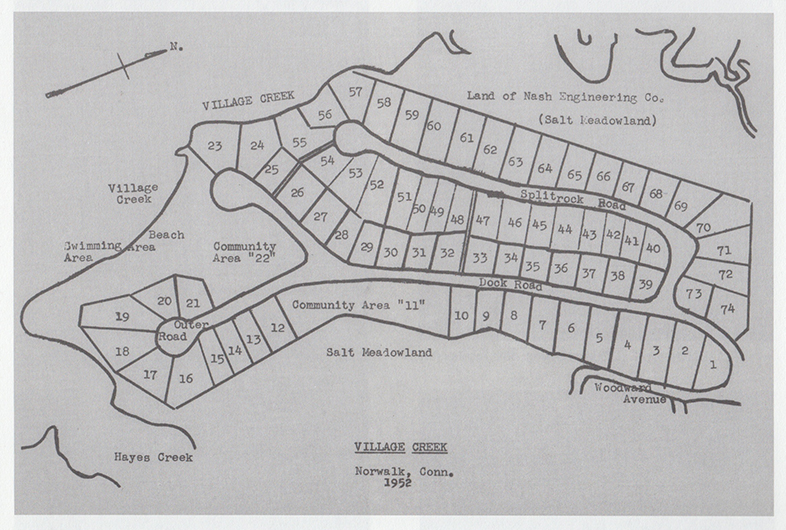 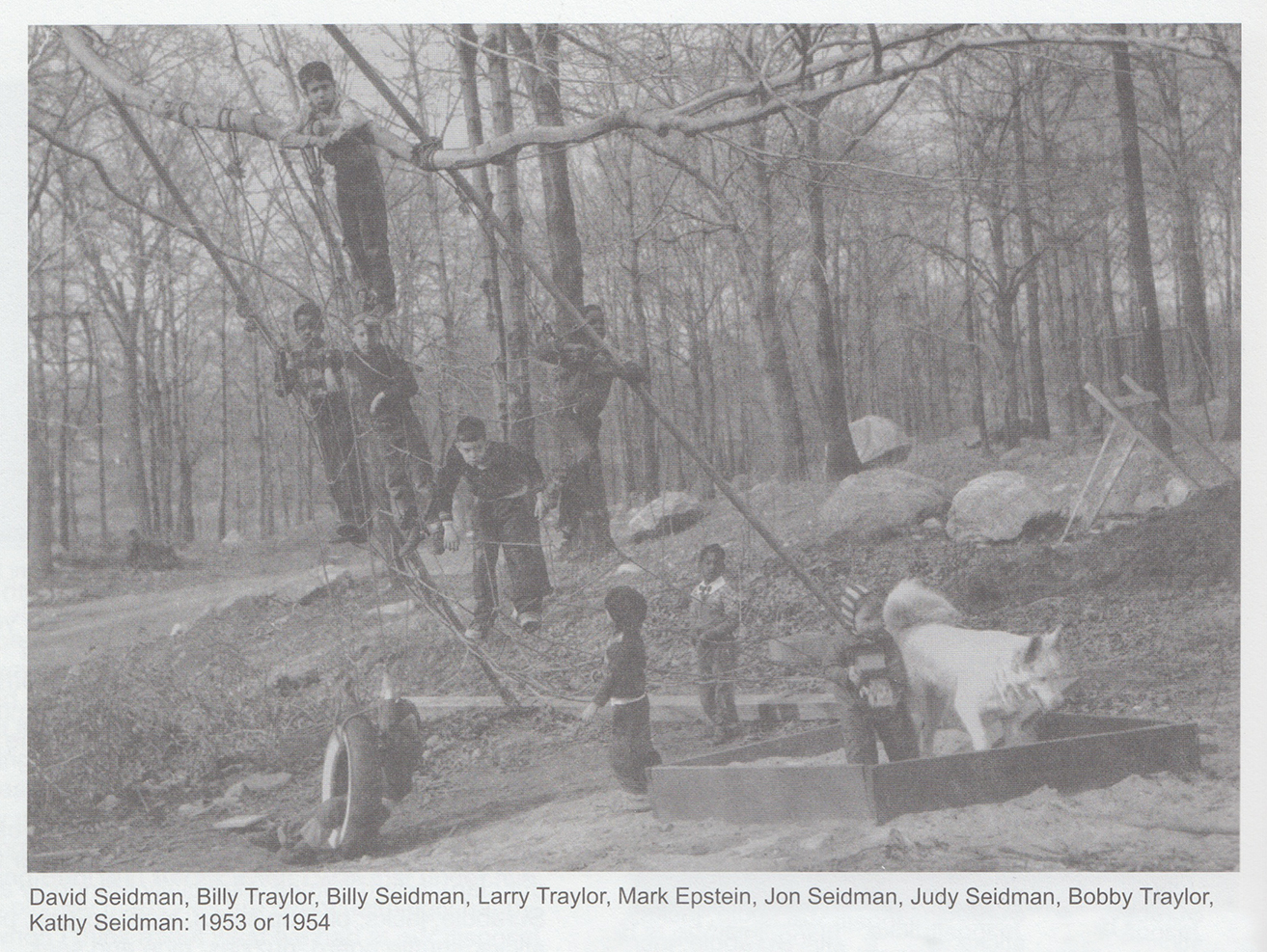 At the time, integrated communities such as Village Creek were virtually unheard-of: this was the first in Connecticut, and, at the same time it was founded, across the United States veterans with similar goals were creating eleven other co-operative communities – some integrated, some simply co-operatives. Although Johnson and Krauss approved of Village Creek (and likely would have bought there if it existed when they moved to Connecticut), many Norwalk residents were suspicious. Detractors called it “Commie Creek” and claimed that the houses’ roofs were designed to guide Soviet bombers to New York City.4 But Village Creekers united against such adversity. When local banks refused to underwrite mortgages on Village Creek homes, Village Creek property owners either built their houses themselves or sought mortgages from New York City banks. When real estate agents would not show Village Creek houses to white families, Village Creekers helped sell houses by word of mouth.5

Although it was not “Commie Creek,” Village Creek did attract many progressive residents. Philip Oppenheimer, one of Village Creek’s founding members, met other founding members through their mutual support of Henry Wallace’s 1948 presidential campaign.6 Some other early residents included Doxey Wilkerson, African-American professor of Education and Daily Worker columnist; Frank Donner, civil liberties attorney, AFL-CIO lawyer, and active critic of Anti-Communist witch hunts; and Antonio Frasconi and Leona Pierce, artists who (along with their two children, Pablo and Miguel) would become friends of Johnson’s and Krauss’s. 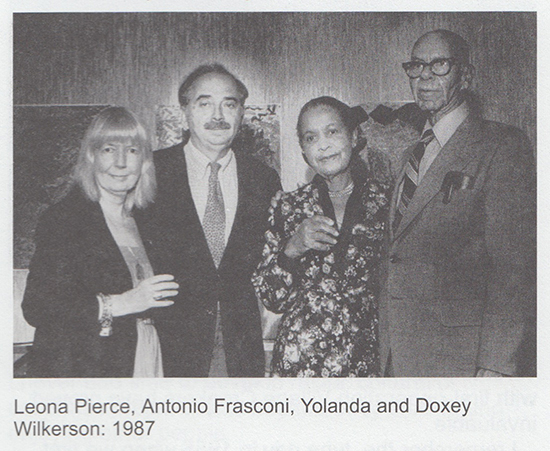 When Village Creek parents wanted to set up a cooperative nursery school for their children, they asked Norma Simon to help her do it. Norma – whose students inspired Krauss’s A Very Special House – and her husband Ed had moved up to the area in 1952. She had attended the Bank Street School, and by 1952 was teaching at the Thomas School in Rowayton. Norma Simon, with the help of her husband and Village Creek parents, transformed the basement of Martin and Sylvia Garment into the Community Cooperative Nursery School – which would become another place where Ruth Krauss would visit, talk with children, listen to children, make notes, and transform their ideas into children’s books. Founded on Bank Street principles, the Community Cooperative Nursery School was a progressive nursery school; enrolling the children of Village Creek, it had black children, white children, and children of many nationalities. Suspicious of its liberal founders, detractors dubbed it “the Little Red Schoolhouse.”7