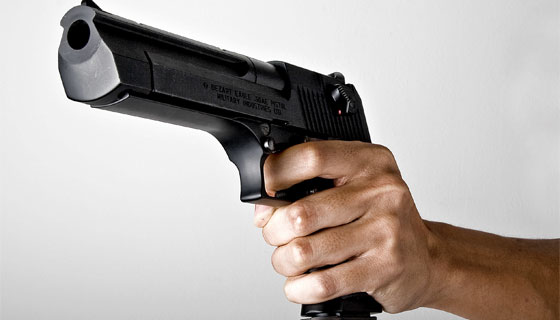 As we read the news of yet anotherÂ shooting at a school (the 17th on a college campus this year,Â the 45th school shootingÂ shooting this year*), I cannot help but wonder: when will I be among those murdered? Â Earlier this year, a roving gunman had the campus of Kansas State University (where I teach) on lockdown. Fortunately, no one was shot,Â and – since the lockdown began very early in the morning – few people were on campus at the time. But each time I hear of another massacre, I wonderÂ when IÂ will be among the dead.Â

Our governor and legislature have eliminatedÂ even the most minimal gun safety laws. In Kansas, all you need to get a gun is a heartbeat and a credit card.Â I’m not kidding. Our wise leaders have even removed the requirement that aspiring gun owners learnÂ how to use their firearms. Â InÂ Kansas as in much of America, it is easier to get a gun than it is to get a driver’s license or to adopt a child. Â Think about that. Â There are no obstacles toÂ buying a device designed for killing other living creatures. Â In the U.S., the right to kill is valued more highly than the right to live.

If there were evidence that increased gun ownership made society more safe (as weapons enthusiasts insist there is), then we could rejoice in theÂ indiscriminate proliferation of firearms. However, the evidence is quite the opposite. Guns in the home do not make that home safer; instead, they increaseÂ the risk of homicide. Ordinary citizens wandering around with guns do not make the streets more safe. More guns increase the risk of firearm-relatedÂ deaths. Period.

At the moment, people are not supposed to bring guns into campus buildings. Â Our buildings even have signage to that effect. Â However, the conspicuousÂ absence of full-body scanners and security guards in the doorways of each building suggests that it would not be difficult to bring guns into a campusÂ building. Â In any case, it’s not clear how long even this restriction will hold: our legislature wants guns everywhere. To their credit, the Kansas Board of Regents, thoughÂ dismissive of faculty and staff’s right to free speech, does seem to want us to remain alive. Â They’ve supported an exemption for state universities. The sign you see at left (from the building my office is in) is a result.

And so I wonder: when will an armed white man enter my classroom and begin spraying the room with bullets? Â (The shooter is usually a white man, but itÂ could be a non-white man, or – very rarely – a woman. Â Since a white man is statistically the most likely, that’s what my imaginary shooter always is.) Â HowÂ will I react? Â Can I stop him by talking to him, perhaps buying myself and the students some time? Â If not, will I have time to duck? Â And will ducking saveÂ me? Â Perhaps his weapon will jam or he will have to reload, and one of us can intervene in time. Â Perhaps not.

I know that, should this day come, the responsible parties will include: Governor Sam Brownback, the members of the Kansas legislature who abdicatedÂ their responsibility by supporting these dangerous laws, members of the US Congress and Senate who oppose sensible gun policy, and, of course, theÂ National Rifle Association. Â All of these people will be accessories to my murder. Â I don’t imagine that they can be prosecuted for their role in the crime, butÂ they should be. Â And I would ask those who cared about me to send all responsible (the governor, legislature, congress, the NRA) a photo of my bloodyÂ corpse so that the responsible parties can appreciate the results of their handiwork. Â Indeed, I would invite people working towards sensible gun laws toÂ use photos of me (alive or dead or both) to support their cause.

I hope that I somehow evade the violent death that reckless American gun laws (and their advocates) have prepared for us all. However, should I be found among the dead, I want myÂ family and friends to know that I love them, and that I’m sorry our time together had to end so soon.

* And over 142 school shootings since the Sandy Hook Massacre.