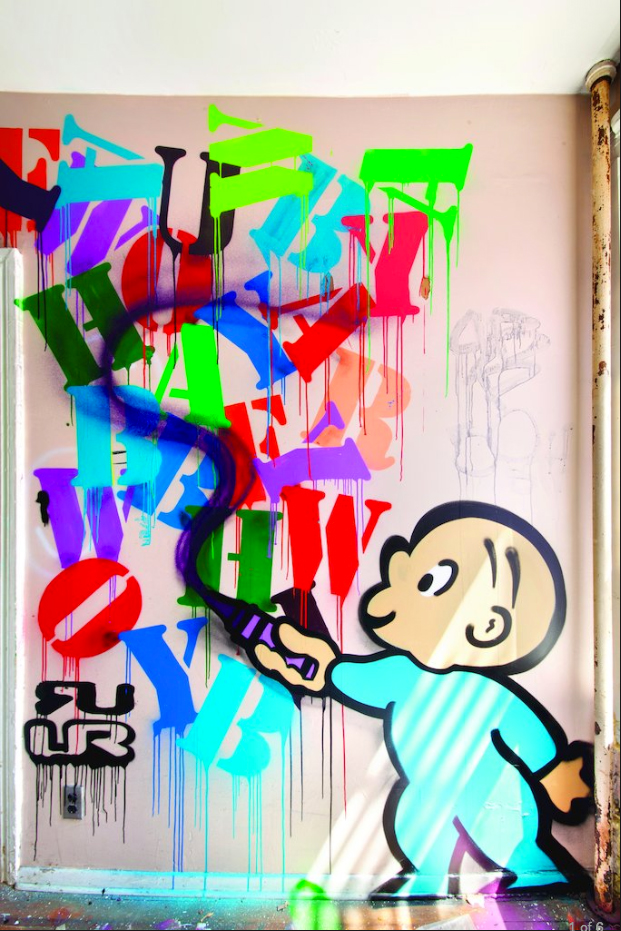 The art appeared in an abandoned property atÂ 324 East Fourth Street, in the East Village. The developer decided to photograph the art before renovating the building.

Harper Collins has invited artists to create their own tributes to Harold. In this one, Lane Smith has his monkey fromÂ It’s a Little Book readingÂ Harold and the Purple Crayon to Harold himself! Â An appropriately meta tribute to a book that itself reflects on the art of storytelling and picture-making. 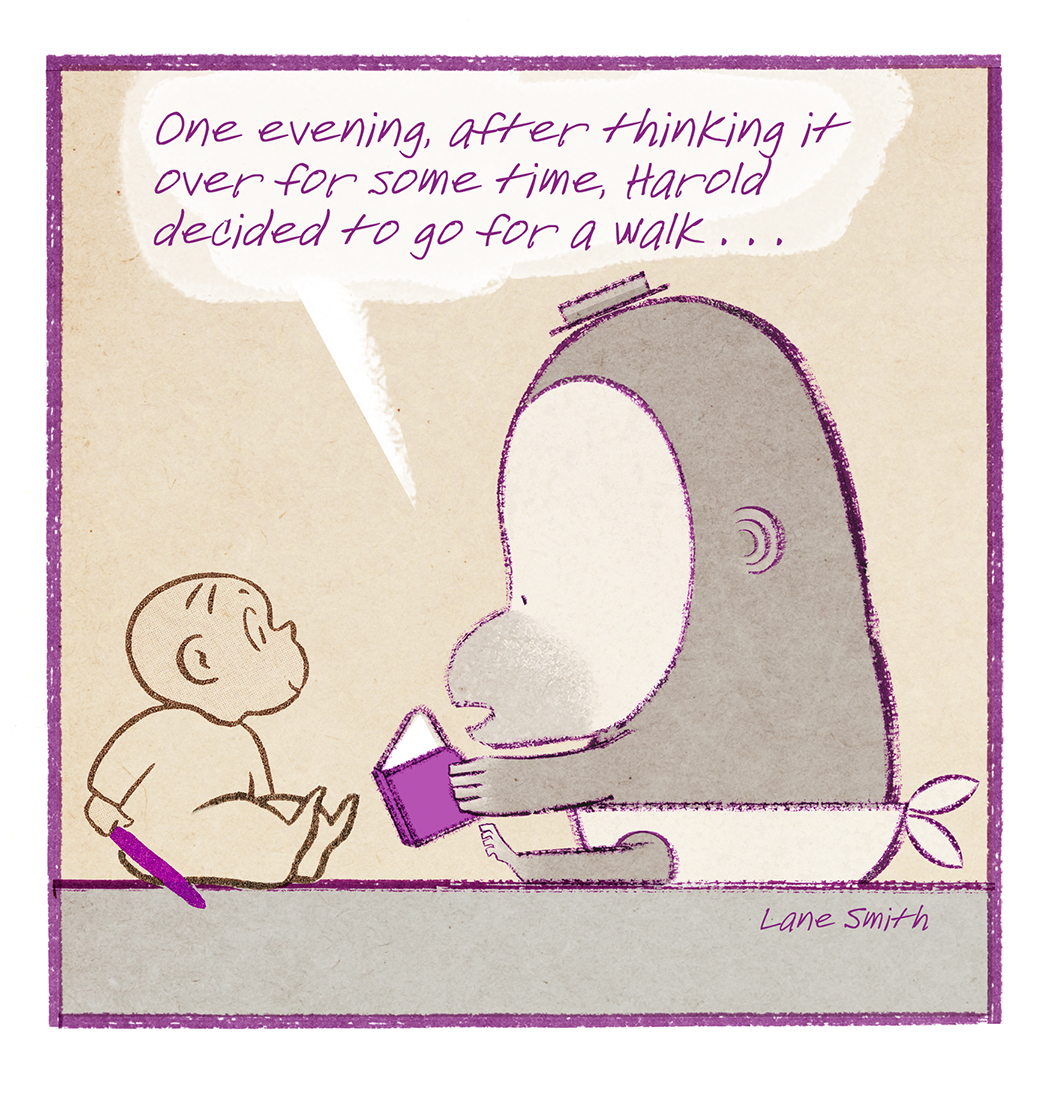 In another of the tributes solicited by Harper Collins, Bob Staake adds a touch of color toÂ Harold’s Trip to the Sky. 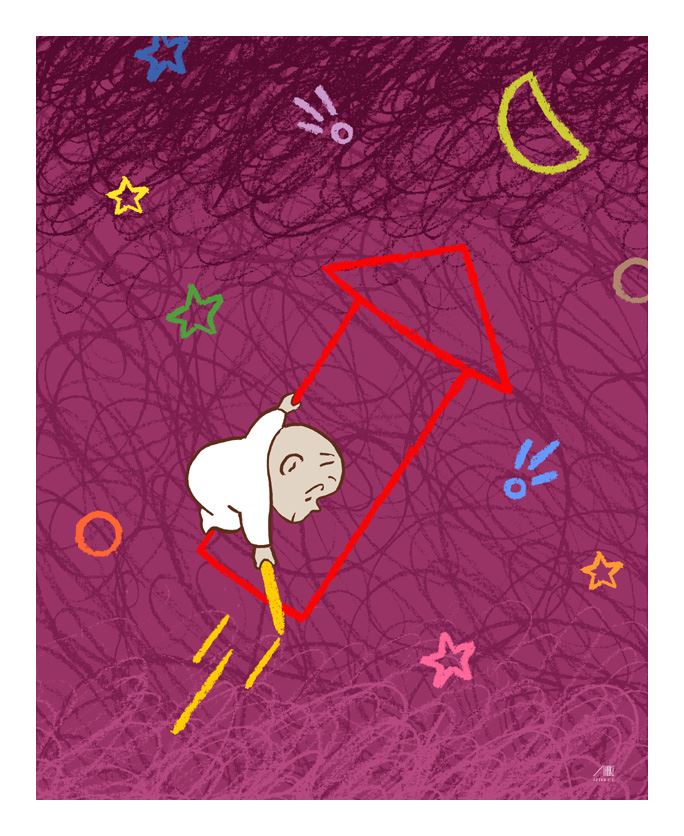 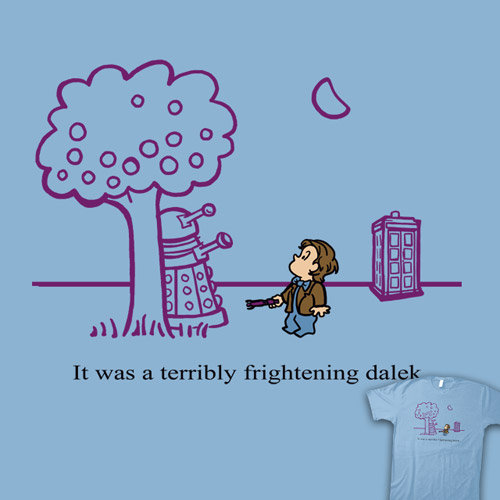 In another one from the archive, Madeline Stuart renders Harold in 3-D for a display window atÂ L.A.’s Compas. Johnson’s book plays with perspective, as Harold uses his line to renderÂ some itemsÂ in 2-D, and some in 3-D. So, I particularly like seeing Stuart’s 3-D rendition – viewed, appropriately, through a window. 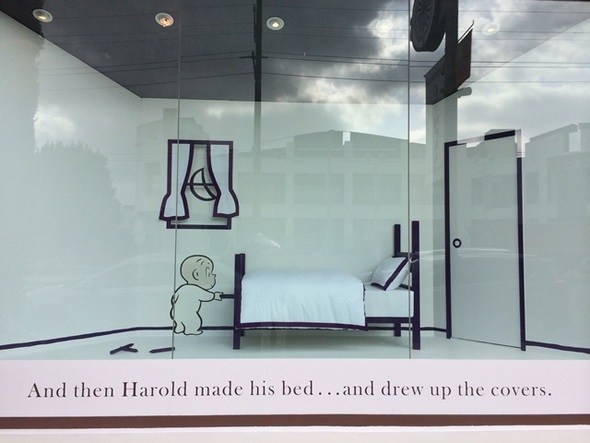 Thanks to Michael Patrick Hearn for alerting me to the Harold mural (in the Times article), and to Lane Smith for sharing his artwork. I’m reposting Bob Staake’s art from his Facebook page. (I hope he doesn’t mind!)