According to my unscientific survey, most creators of children’s literature and YA literature thought that Britain should remain in the European Union. They did notÂ seeÂ the EUÂ as without problems, but rather understood that remaining a member was far more advantageous than leaving. Here, then, are a few responses to the Brexit vote. I’ve gathered some from Oliver Jeffers, Malorie Blackman, Lucy Coats, Neil Gaiman, John Green, Guus Kuijer, Andrew Prahin, Philip Pullman, J.K. Rowling, Stephen Savage, Bob Shea, and G. Willow Wilson. UPDATE: Added Patrick Ness andÂ Michael Rosen.

Did I miss any of your favorites? Â Let me know, and I’ll add them. 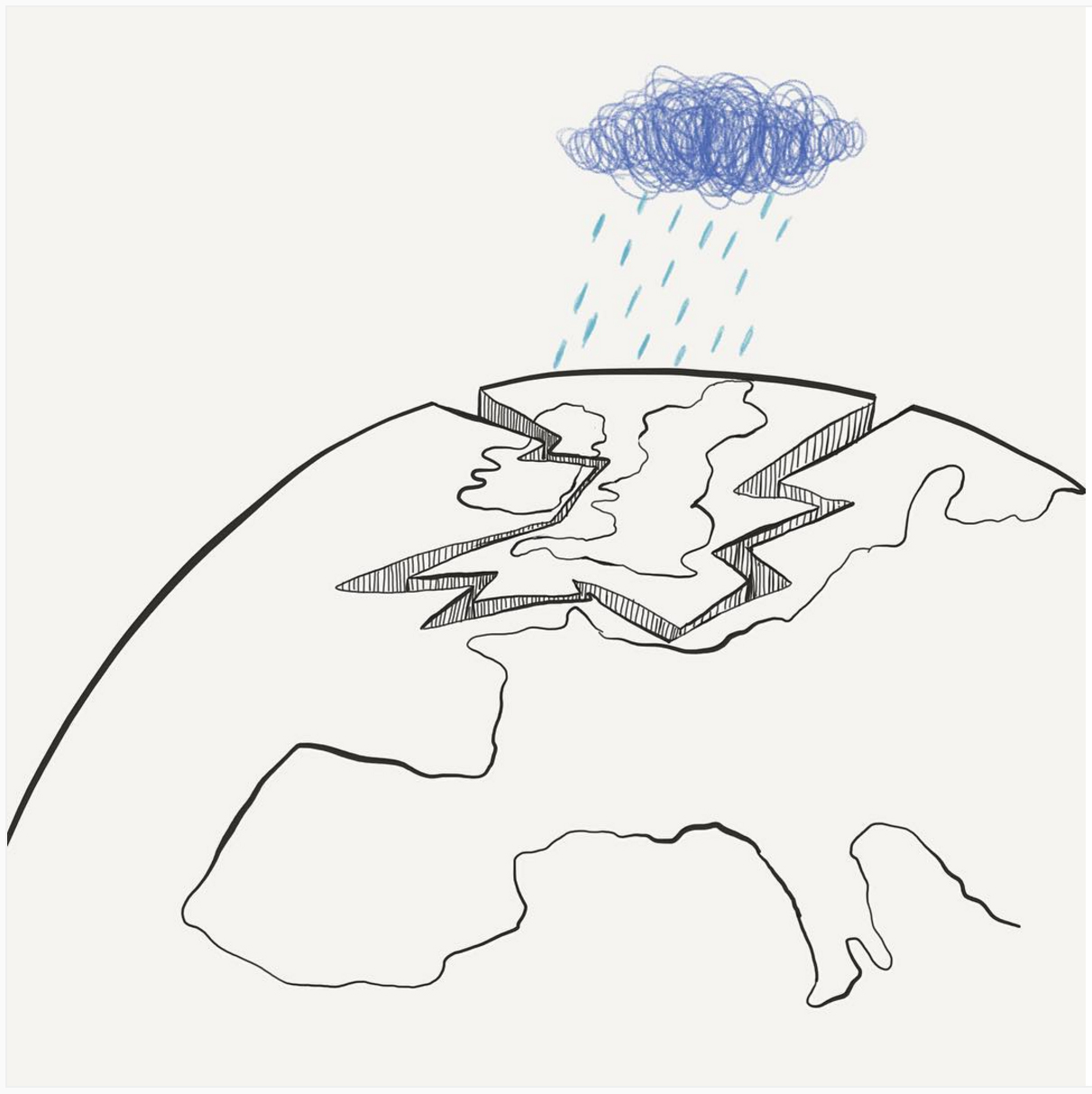 Just woke up to the bad, sad news. The days of a ‘United’ Kingdom are now numbered.

Feel so desperately sad for my daughter and her generation who will have to live with full impact of this result. Sorry, love.

“Now is a another country. They do things differently there.”

Well said, Gary. RT @GaryLineker: Whatever the result, Farage will always be a dick.

Just had the most heartbreaking conversation with lovely daughter. I am so sad for all the young people & their now uncertain futures.

I feel the same way as @Sally_Nicholls – I love you all, my friends. *holds out hands and heart* 💜💜💜💜💔https://t.co/PjpQhUrn4K

I am afraid you are going to need it,

The biggest contraction of wealth in the United Kingdom since 1921 occurred over the course of five hours. https://t.co/RQMeSiooEn

According to Google Translate, this is: “I believe that Britain is falling apart. So sad!”

Translation, courtesy of Vanessa Joosen:Â “I finally understand that being a patriot means you don’t want to belong to anything.”

Google Translate: “The North Sea remains as narrow though. Though ..”

Google Translate: “Go out of Twitter: ‘Twixit’? Worth considering.”

I wonder if newly independent Scotland would be okay with all the money my own immigrant scum self puts into the economy?

Haven’t felt this bleak waking up since that time I accidentally slept with a magician.

The perversity of anxiety is that when the worst finally happens, I’m actually calm because I don’t have to worry about the worst happening.

This last one is a response to Mr. Trump’s characteristically idiotic statements, made just after he landed in Scotland:

There are more Brexit-related Tweets in Ness’s feed.

The good news: the home outside of London we might one day buy will be dirt-cheap. The bad news: we’ll be barred from living there. #Brexit

We had a headache, so we shot our foot off. Now we can’t walk, and we still have the headache.

I’d like a strong centre-left party, please. As soon as possible. Labour was abject, helpless, out of touch, dreary, incompetent, moribund.

The following day, Pullman published an editorial, “on the 1000 causes of Brexit,” which includes two paragraphs that I’m excerpting primarily because they offer the strongest parallels to the U.S.Â media’s complicity in facilitating the rise of America’sÂ fascist orange dumpster fire:

Then there is the tendency of our broadcast media to be seduced by strong personalities. The oafish saloon-bar loudmouth Nigel Farage was indulged with far too many appearances on Any Questions and Question Time. Producers seem to have felt his dog-whistle racism to be amusingly transgressive.

Similarly, Boris Johnson, a liar, a cheat, a man said to have betrayed a journalist to someone who wanted to beat him up, a shameless opportunist, an idle buffoon, to name but a few of his disqualifications for high office, was flattered over and over again by programmes such as Have I Got News For You. Without the completely needless exposure these two gained from the generosity of TV and radio, they would have found it harder to spread their lies and not-even-quite-covert racism during the referendum. They’d have been starting from a different place.

In the next paragraph, he identifies David Cameron’s “flippant, careless, irresponsible” decisions as the “immediate cause of the disaster.” Â Read the entire piece atÂ The Guardian.

You can read Michael Rosen’s modest proposal, “Time to cull old people,” on his website. Â It begins like this:

on what is a historic moment in history,

and I want to take this opportunity to discuss something

which up until now has been swept under the carpet:

Quite frankly there are too many of them.

I’m going to say it simply

and you can quote me on this:

there are too many old people in Britain today;

they’re forcing wages down through doing low-paid jobs
and volunteering all over the place;they’re hanging about on street corners
talking to each other in their own odd ways
they go to their own special places
segregating themselves off from the rest of us

As I say, read the rest of it on his website, and remember that it’s satire – specifically, a commentary on the fact that those in favor of Brexit were older, and that a lot of the pro-Brexit rhetoric was anti-immigrant.

Scotland will seek independence now. Cameron’s legacy will be breaking up two unions. Neither needed to happen. https://t.co/4MDj7pndcq

I love you, Sathnam*, and London too.

* In a way that should make neither of us uncomfortable #British #emotional https://t.co/SIuHd5D0Zn

Always good to kick off by showing you don’t understand a key issue. https://t.co/gTDaDPpLIL

Brexiteers like the cheating man shocked he can’t stay in the spare room for 2 years while he sorts himself out. https://t.co/Xvjfr6ifPv

This is what happens when you try and fix a faulty watch with a hammer. https://t.co/kJSLNfkNnB

Besides the current pandemonium in scone futures, anyone else terrified that this is the harbinger of a Trump presidency?

I just want the Queen to ride out of Buckingham Palace on a velociraptor, brandishing a veto stamp.

Apparently all the humorless Brexiters who thought I was serious missed the part about the velociraptor. https://t.co/udjrnunwOb

If we in US learn 1 lesson from Brexit before Nov, let it be this: mocking the rural poor is not a great way to get their votes.

Frankly, they never should have been okay to use in the first place. We’re all angry, but this kind of bigotry goes against our values.

I spend a loooootttt of free time with rural southern pro-trump guys (who make up the majority of the PvP guild I keep talking about).

They are not stupid or evil. What they are is disenfranchised and pissed off and yes, not terribly well-educated, but whose fault is that.

They are not going to be shamed and bullied into voting Democratic.

And I’m not so naive to think they will immediately stop doing and saying awful things if we give up pejoratives, but it’ll be a start.

Not suggesting we tolerate racism. But responding to racism with classism fixes nothing, including the racist. https://t.co/BvDlqA1nq5

Credits: Thanks to Vanessa Joosen for translating one of Guus Kuijer’s Tweets, to Lara Saguisag for pointing me to the responses from Michael Rosen and Patrick Ness, and to Poushali Bhadury for pointing me to Philip Pullman’s Guardian piece.