Books can encourage children to question rather than accept the world as it is. Literature for young people can invite them to imagine a world where black lives matter, women’s rights are human rights, poverty does not limit one’s life choices, LGBTQ youth know they are loved, indigenous peoples’ rights are respected, the disabled have equal rights and opportunities, refugees find refuge, and climate change does not imperil life on this planet. 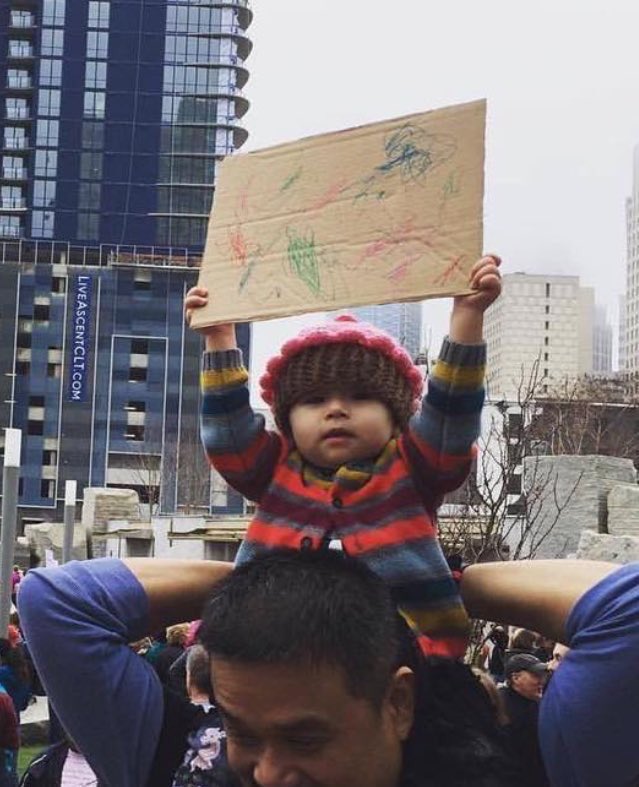 This guaranteed session (sponsored by the Children’s Literature Forum) examines children’s literature as a vehicle for social change. Subjects panelists might consider include (but are not limited to): Children as activists, books aligned with social movements, satire or humor as catalyst for change, the repurposing of children’s culture as means of expressing or inspiring adults’ activism. Papers may cover any country or historical period.

The panel will convene at the Modern Language Association Convention in New York, which will be held from January 4 to 7, 2018.

Image credit: Photo is of Jenny Sowry’s “Woke Baby,” at the Women’s March, Jan. 2017. The image became a meme, and you can read more about it in this BuzzFeed article.