1. The True Story of Horton Hatches the Egg 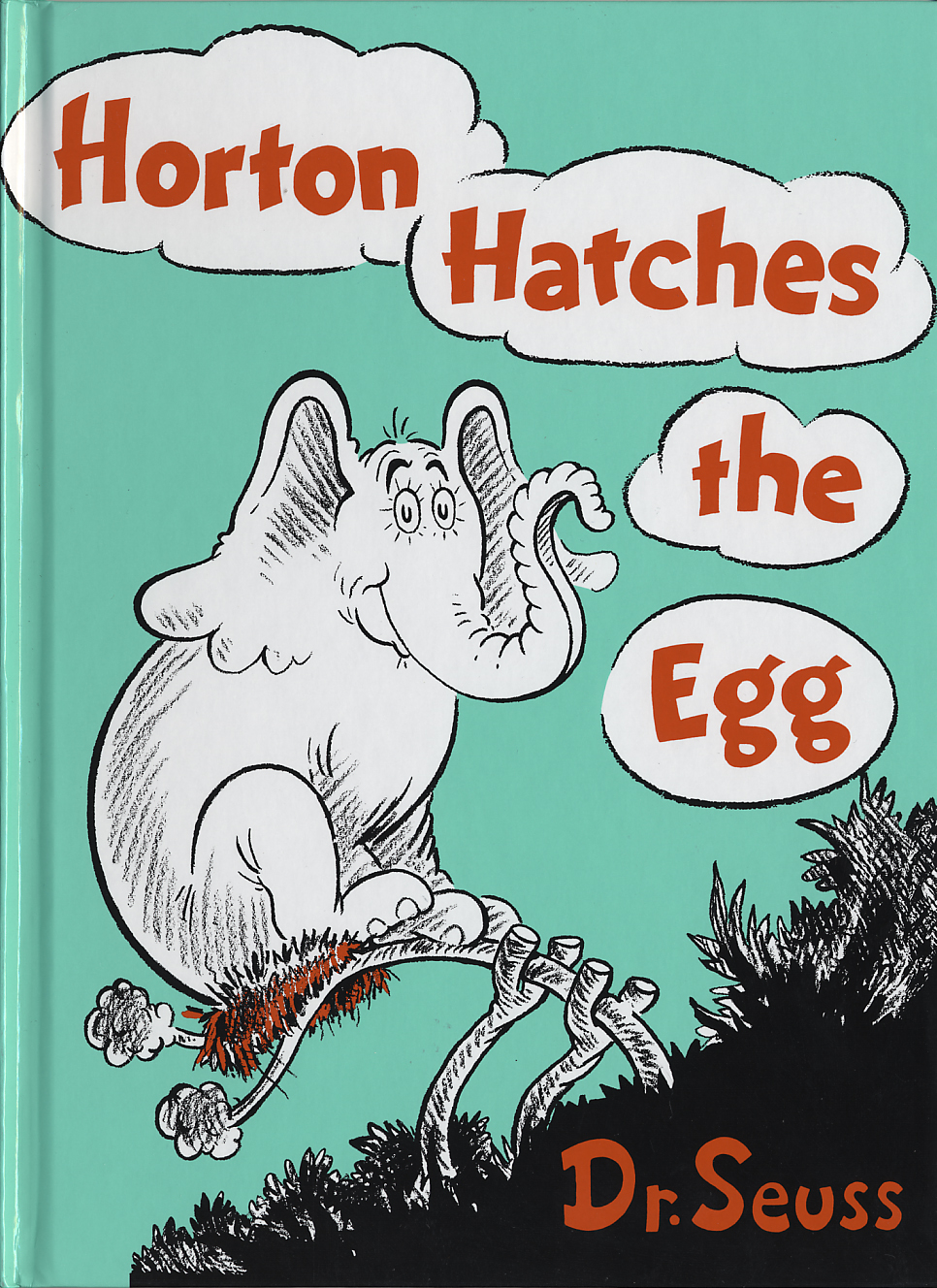 When asked how he came up with the idea ofÂ Horton Hatches the Egg (1940), Seuss would often give an answer like this (from a September 1972 interview):

Horton Hatches the Egg was a lucky accident. I was in my New York studio one day, sketching on transparent tracing paper, and I had the window open. The wind simply took a picture of an elephant that I’d drawn and put it on top of another sheet of paper that had a tree on it. All I had to do was to figure out what the elephant was doing in that tree. I’ve left my window open for 30 years since that, but nothing’s happened.

That’s a delightful story, but it’s not true. Â Not only do earlier accounts contradict it, but in a 1938 issue of Judge magazine, SeussÂ published “Matilda, the Elephant with a Mother Complex.” In that story, an elephant also hatches an egg – but it does not turn out happily. Matilda’s egg hatches, the bird sees her, and it flies off in terror. In contrast, Horton’s baby elephant-bird chooses him over its biological mother, Mayzie.

This past December, Southebys attempted toÂ auction someÂ original art of Matilda – though not precisely the art used in thatÂ Judge story. ItÂ seems to be an earlier version of the art, but it’s not clear how much earlier. Its provenance suggests it could be over aÂ decade older. 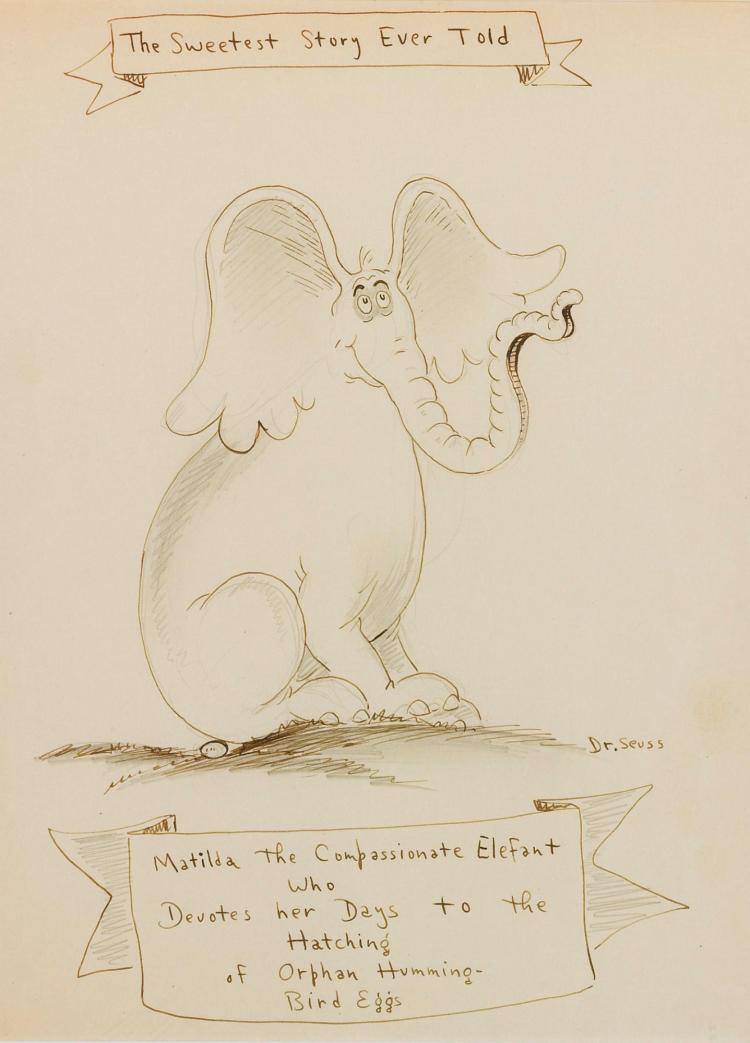 The catalogue offers other information, some of it accurate and some of it less so. Â But let’s skip ahead to the provenance:

PROVENANCE: Given by Geisel to Harvey Poe, Jr (born in 1916) while the artist was vacationing in Brookline, Maine (Harvey Poe, Sr managed the Mountain Ash Inn & Cottages, where the artist stayed). Mr Poe believes it was given to him when he was about 9 (i.e. 1925) and while this is of course possible, it seems more likely the drawing was given to him well after Geisel’s return from Europe, probably soon after the similar design appeared in Judge magazine (April 1938).

Is the piece really from 1925? It could be. On JuneÂ 23rd, GeiselÂ graduated from Dartmouth, and two months later left for Oxford, England. Â He was in the U.S. for most of 1925, and not far from Brookline, Maine. Â In addition to New HampshireÂ (where Dartmouth is), Geisel was also in Springfield, Massachusetts (his hometown). Prior to then, he had been drawing cartoons for Dartmouth’s Jack-o-Lantern. Â Stylistically, however, this piece looks closer to hisÂ art from a decade later.

Priced at $30,000-$40,000, the original “Matilda” drawing failed to sell. Â To the best of my knowledge, it is still being held at Southebys. So, if you have that sort of cash lying around (I don’t!), try bidding on next time it goes up for auction.

2. Me, talking about Seuss, yesterday onÂ The Joy Cardin Show.

I was on for the entireÂ 8 o’clock hour of yesterday’s show. Â Did I have anything interesting to say? Â You be the judge. Â Listen here.

To continue your celebration of Seuss’s birthday, you mayÂ enjoy perusing other posts taggedÂ Seuss. Here’s a selection:

From time to time, I get asked to talk about Dr. Seuss: