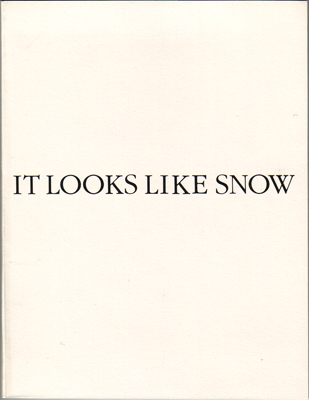 As winter continues its assault, let’s turn to a classic book about winter: It Looks Like Snow (Greenwillow, 1957), Remy Charlip‘s picture-book tribute to John Cage.  Like Cage’s 4’33” (1952), Charlip’s piece makes the audience’s experience the subject of its experiment.  The primary difference of course is the specific sense through which we apprehend the art — eyes for Charlip, ears for Cage.  So.  Are your eyes ready, then?  Good.  Let’s begin. 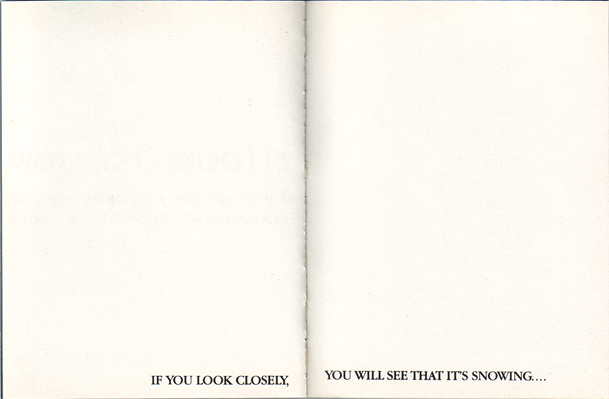 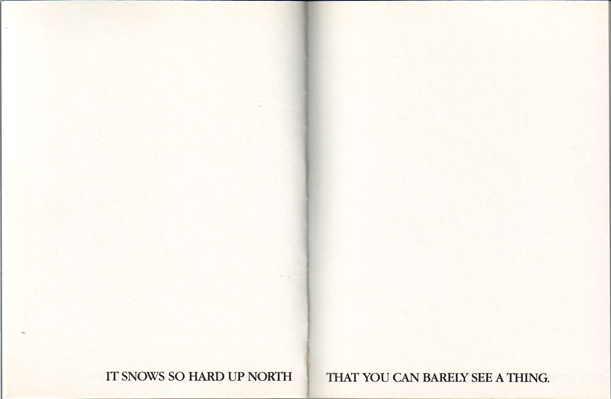 After which, of course, we meet the protagonist: 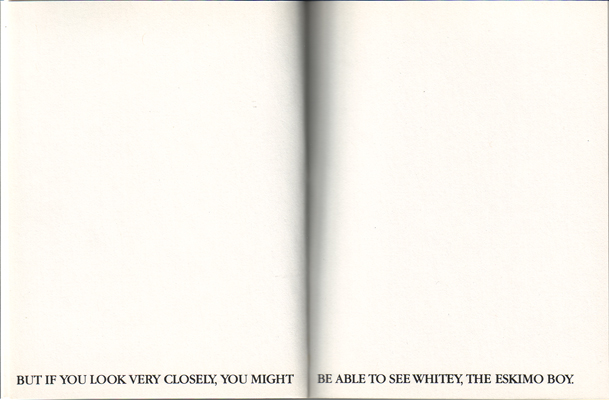 And the protagonist’s pet: 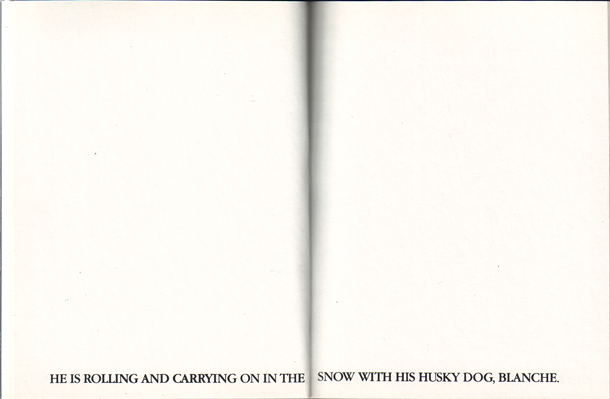