Being a college professor would be a great job! You do a little teaching, and get the summers off!

To be clear: being a professor is a great job. Since I elect not to teach during the summer, I can devote more –Â though not all –Â of my time to research and writing. But the main thing I get “off” during the summer is a paycheck. Kansas State University last paid me on May 24th, and my next check arrives on September 13th. (Classes begin tomorrow – Monday, August 26th.)

As part of my continuing efforts to dispel the surprisingly pervasive myth that academics lounge by the poolside all summer, here is how I spent my “summer vacation” this year.

Conferences. I gave two conference presentations, gave two invited talks, and co-chaired (and co-organized) one panel.Â  All were different, and but one all were new material.Â  So, I also wrote these.

Cost. I picked up maybe 40%-45% of the expenses for conferences. In addition to the three conferences where I presented (mentioned above), I also attended a fourth.Â  Here’s how it breaks down. (Dates include travel.)

Another note to non-academics reading this: I don’t think I get paid for any of the essays. I may receive compensation for the Cambridge Companion piece (I’ve yet to see that contract), but academic publications typically do not pay. At best, you get a copy of the publication.

Also, while I’m calling the above “writing,” there is of course also research involved. Most of this I did myself, though I also employed Shaun Baker to seek articles for me. And I consulted him and Mark Newgarden on the “Children and Comics” piece, since they know comics better than I do. Thanks, Mark and Shaun! And thanks to Michelle Martin and Erica Hateley for sharing unpublished work that I cited in the William Joyce paper. Indeed, thanks to everyone else who has offered ideas or assistance! (As I write these words, I reflect upon how much I’ve learned from others –Â and, while I strive to acknowledge that in each work, I am also aware that a list of credits would impede readers of this post.)

Teaching. I choose not teach in the summer, but I do have to plan future classes. Speaking of assistance, I’m grateful to the experts I’ve consulted with questions about the graduate-level African American Children’s Literature course I’m teaching in the Spring of 2014. This is the first time I’ll be teaching this. Some courses we teach because we’re experts; others we teach because we want to become experts. For me, this course is definitely the latter. So, thanks to Gerald Early, Michelle Martin, Kate Capshaw Smith, andÂ Ebony Elizabeth Thomas for sharing their knowledge.

The Fall 2013 courses are both ones that I’ve taught before. I changed some of the books on the Literature for Adolescents class, adding: Kristin Cashore’s Graceling, Francisco X. Stork’s The Last Summer of the Death Warriors, and this year’s “K-State First Book,” Ernest Cline’s Ready Player One. The Harry Potter’s Library course remains roughly as it did the last time I taught it (2011). I say “roughly” because this time we’ll actually get to use Pottermore, which was still in beta in the fall of ’11.

Other writing.Â  There’s correspondence with editors, authors I’m editing, my agent (who is also a friend), friends, other scholars, students, former students, future students, and people who kindly invite me to come and give talks.Â  I wrote one letter of recommendation for a colleague applying for a fellowship.Â  And things I’m forgetting, I’m sure.

Barnaby! In May, while visiting friends and family in New England (more on that in a moment), I visited the Ruth Krauss Papers at the University of Connecticut to seek scans of a bonus item we’ll include in Crockett Johnson‘sÂ Barnaby Volume Five: 1950-1952 (Fantagraphics, 2017). In Cambridge, IÂ  stopped by Harvard’s archives for some reconnaissance on strips for Barnaby Volume Two: 1944-1945 (coming from Fantagraphics next year). There were several email exchanges on this, and I’m still working to hunt down a few rogue strips. I edited one of the essays that will appear in Volume Two, talked to a journalist or two about Barnaby Volume One: 1942-1943 (published earlier this summer), and am currently in conversation about having a book party in October in NYC. There are other Barnaby-related developments that I’ll wait for Fantagraphics to announce.

Seuss TV. Also during that trip east, I taped an interview on Dr. Seuss with A&E Biography in NYC. I have no idea whether they’ll use the footage, but I had fun doing it. 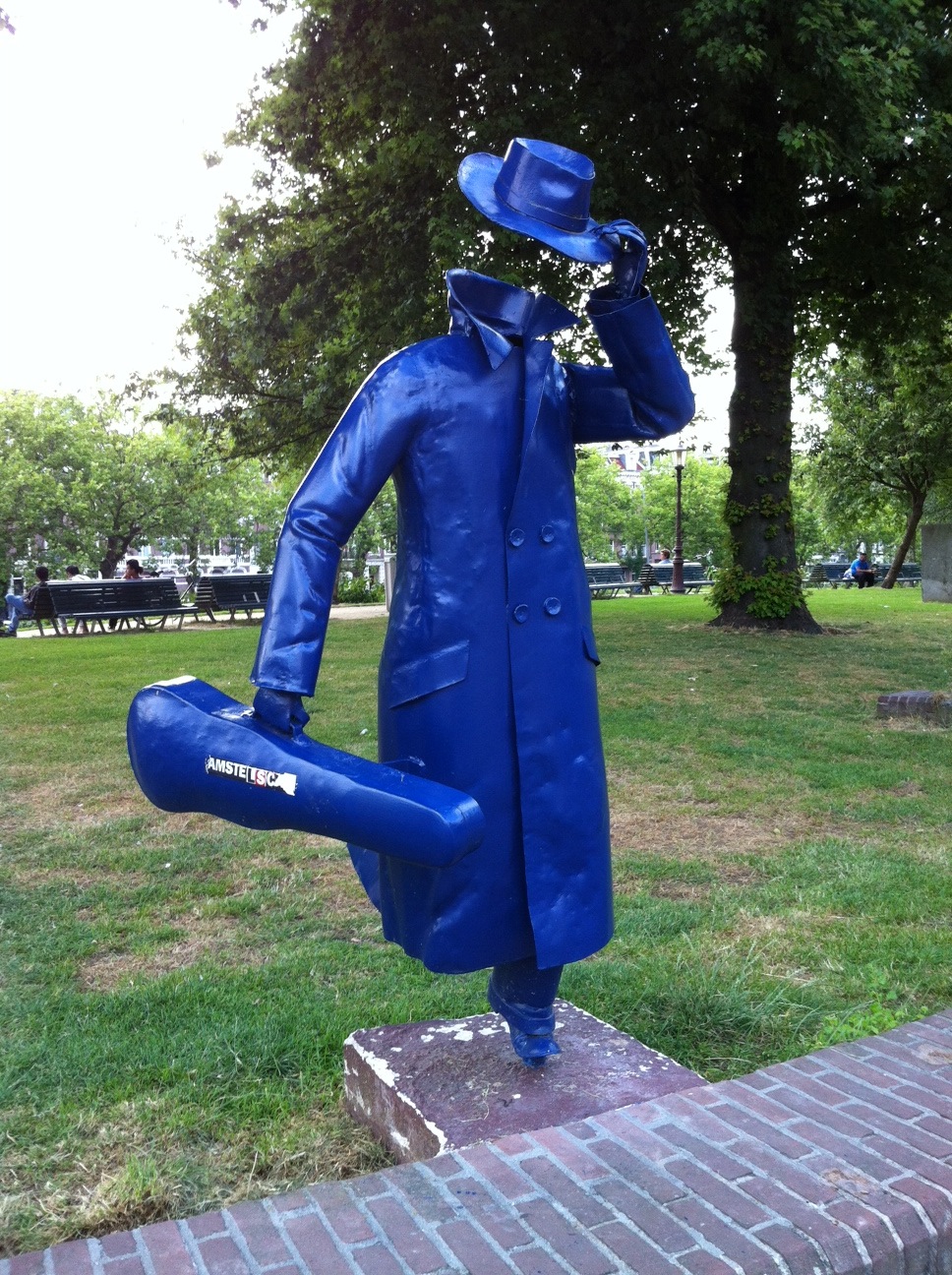 Yes, I had fun. In May, I attended my twenty-fifth high-school reunion in Connecticut, and visited friends in New York City, Rhode Island, and Massachusetts. That was great. In August, I went hiking with family in Switzerland (en route to the conference in Maastricht). While there, I also played with my niece (the subject of the Emily’s Library series). We read stories, played with a jar of buttons, and with Matchbox cars. I pushed her on the swing, and she served me many imaginary breakfasts, warning me each time “Be careful. It’s hot.” I also spent time with Emily’s mommy and daddy, my mother, her second cousin, and my cousin.Â  In Amsterdam, I also got to hang out with him and his partner.Â  He (my cousin) and I became reacquainted last summer after a 29-year gap. My family is spread out across the globe, and as we age I appreciate more and more the remaining time we have together.

My friends are also spread out around the planet. Since many are also academics or connected to publishing (comics, children’s books), conferences are not only learning experiences but a chance to catch up with people I care about.

They are of course learning experiences (see previous post), as are all of my travels. I visit museums and bookshops, walk along trails and through city streets, listen to and talk with people. While I sit in planes and trains, I read books, I read book proposals, I edit books, I write emails, and I write whatever the next thing is –Â the talk, the essay, the book.

It’s a great job, being able to learn and share what you learn. I’m fortunate to have work from which I derive meaning. Heck, part of my job this year was going to Comic-Con. Sure, it wasn’t free –Â but still! Â AND I traveled to five US states and three other countries.*

I love my job.

But I don’t get summers off.

*Â Â One of those countries and one of those states were strictly personal, not business. But that’s still a fair bit of travel.