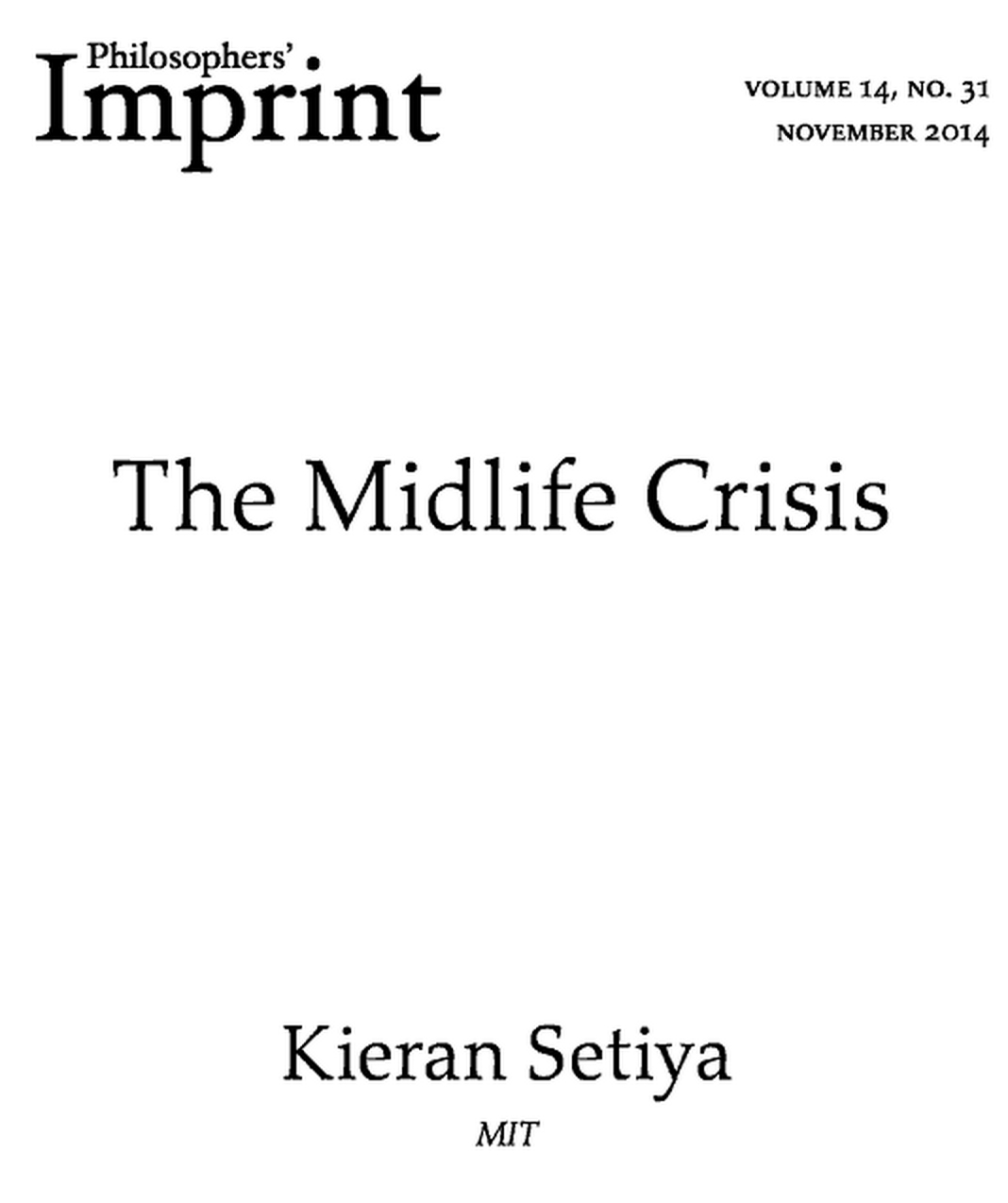 Why do successes sometimes feel like failures? As philosopher Kieran Setiya points out in a wise new essay, “Our achievements, whatever they are worth, are always numbered” (10). Each time we accomplish something, it’s done, finished, and we must move on to the next thing: “the completion of your project may constitute something of value, but it means that the project can no longer give purpose to your life” (12). And so, in “pursuing a goal, you are trying to exhaust your interaction with something good, as if you were trying to make friends for the sake of saying goodbye” (12).

What’s the solution? Key, Setiya argues, is to distinguish between telic and atelic activities:

This, however, does not mean that one should only invest in the atelic. The issue is where you derive value: locating the majority of life’s meaning in the telic will leave you unfulfilled, and often precipitates a midlife crisis. As Setiya writes, “it is at midlife that the telic character of one’s most cherished ends are liable to appear, as they are completed or prove impossible. One has the job one has worked for many years to get, the partner one hoped to meet, the family one meant to start — or one does not. Until this point, one may have had no reason to dwell on the exhaustion of one’s ambitions” (14).

To avoid or resolve the midlife crisis, yes, you can (as Setiya puts it), “invest… more deeply in atelic ends. Among the activities that matter most to you, the ones that give meaning to your life, must be activities that have no terminal point. Since they cannot be completed, your engagement with atelic ends will not exhaust or destroy them” (15).

But you can — and should — also continue pursuing telic activities. Just pursue them for their own sake instead of for the end product: “Instead of spending time with friends in order to complete a shared project […,] one pursues a common project in order to spend time with friends” (15). As Setiya advises, “Do not work only to solve this problem or discover that truth, as if the tasks you complete are all that matter; solve the problem or seek the truth in order to be at work” (15).

Related posts (on this blog unless otherwise noted):

4 Replies to “The Meaning of Life; or, How to Avoid the Midlife Crisis”