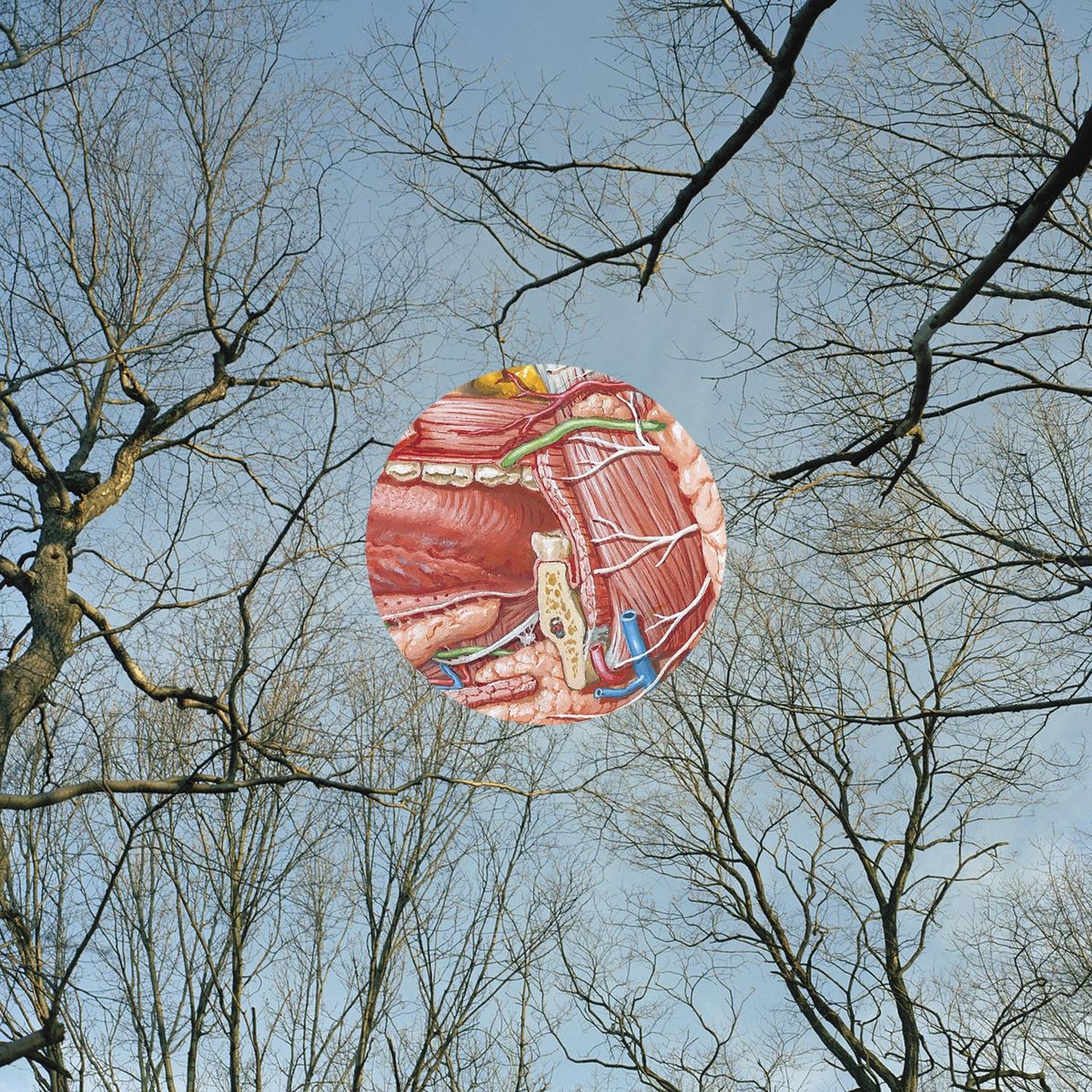 Man, you never lost your edge.

That said, perhaps it feels like a classic because all but three of the songs are familiar. Only “All the Lazy Boyfriends,” “Aaa,” and the instrumental title track had not previously been released through their weekly Dial-a-Song. Â Much to the delight of fans (me!), the band re-launched this service in January, which from 1983 until 2006Â ran off John Flansburgh’sÂ Brooklyn answering machine. (In 2006, the answering machine finally gave up the ghost.) The newÂ web-based version sharesÂ not demos – as the original iteration did – but finished songs, complete with videos. Those of us (me, again!) who subscribed toÂ They Might Be Giants’ 2015 Instant Fan Club have also been able to download these songs each week, and (on some weeks) bonus tracks as well. Â So, prior to listening toÂ Glean for the first time, I had – according to my iTunes playlist – already heard “Good to Be Alive” (released March 10) and “Answer” (Feb. 17) fourteenÂ times each. Â I’d listened to “Erase” (Jan. 6), “Music Jail, Pt. 1 & 2” (Jan. 26), “I Can Help the Next in Line” (Mar. 3), “Madam, I Challenge You to a Duel” (Jan. 13), and “Hate the Villanelle” (Feb. 3) tenÂ times each. By offeringÂ bonus tracks as well, They Might Be Giants hasÂ even been providing the b-sides to the singles. Â So, one reason GleanÂ arrives with this classic vibe is that I’ve been listening to most of its songs and b-sides for the past three and a half months.

I can help the next in line.

Do we have a problem here?

But, to puncture holes in the “familiarity” argument I’ve been advancing, I’ve been listening to these songs a lot becauseÂ they’re really good songs. Â The reason I know these songs well is because John Linnell and John Flansburgh are – astonishingly, thirty years later – still making great records. One of these is a catchy number about customer service, beginning with typicalÂ customer-is-always-right lingoÂ (“I can help the next in line. / Have you been with us before?”), but quickly escalating into a confrontation (“I don’t think I like your tone”) and the threat of violence (“Put your hands where I can see them”). Â They’re still following their respective muses, pursuing unusual ideas. Who else writes a song thatÂ is a villanelleÂ about writing a villanelle? Â First of all, a villanelle is hard to write. It’s a highly structured, complex poetic form that, as the Poetry Foundation’s website says, consists “of five three-line stanzas and a final quatrain, with the first and third lines of the first stanza repeating alternately in the following stanzas.” Second, they’ve not just written a villanelle.Â Â They’ve written a meta-villanelle, documenting some of the challenges of writing one of these. Third, they’ve set the entire thing to music. Brilliant!

But don’t lose hope just yet.

You’ll be remembered for your persistence

And this is the thanks you get.

The persistence of creative intelligent people amidst rising oceans of despair gives me hope. Â ThatÂ Flansburgh and Linnell, Toni Morrison, Neil Gaiman, Sleater-Kinney, Tim Egan, Kadir Nelson, Frank Turner, Jeanne Birdsall, Jaqueline Woodson, Lane Smith and so many others continue toÂ make good artÂ improves the quality of my life. I especially enjoyÂ the optimistic ambivalence – or would that be ambivalent optimism? – of They Might Be Giants’ approach. Â On the band’sÂ first record, “Don’t Let’s Start” advised us, “Everybody dies frustrated and sad, / And that is beautiful.” Â On this one, “Answer” offers a midtempo but cheery responseÂ to disappointment: “It may take an ocean of whiskey and time / To wash all of the letdown out of your mind / And I may not be the one you expected but I / Am the answer to all your prayers.” Â That’s it exactly. Â To quote one of my favorite Leonard Cohen songs, “There is a crack in everything. / That’s howÂ the light gets in.” There’s plenty of light inÂ Glean, lightÂ through which the band filters absurdities, melancholia, poetic challenges, customer-service fiascos, and… is “Erase”Â about cognitive decline or the creative process? Or, perhaps, all of the above?

Glean is already one of my favorite records of 2015.Â Check it out. And whether or not you’ve subscribed to the Fan Club, you can hear new They Might Be Giants videos each Tuesday this year. Check those out, too. They’ll remind you why (to quote another GleanÂ song) “It’s good to be alive.” Â It is. 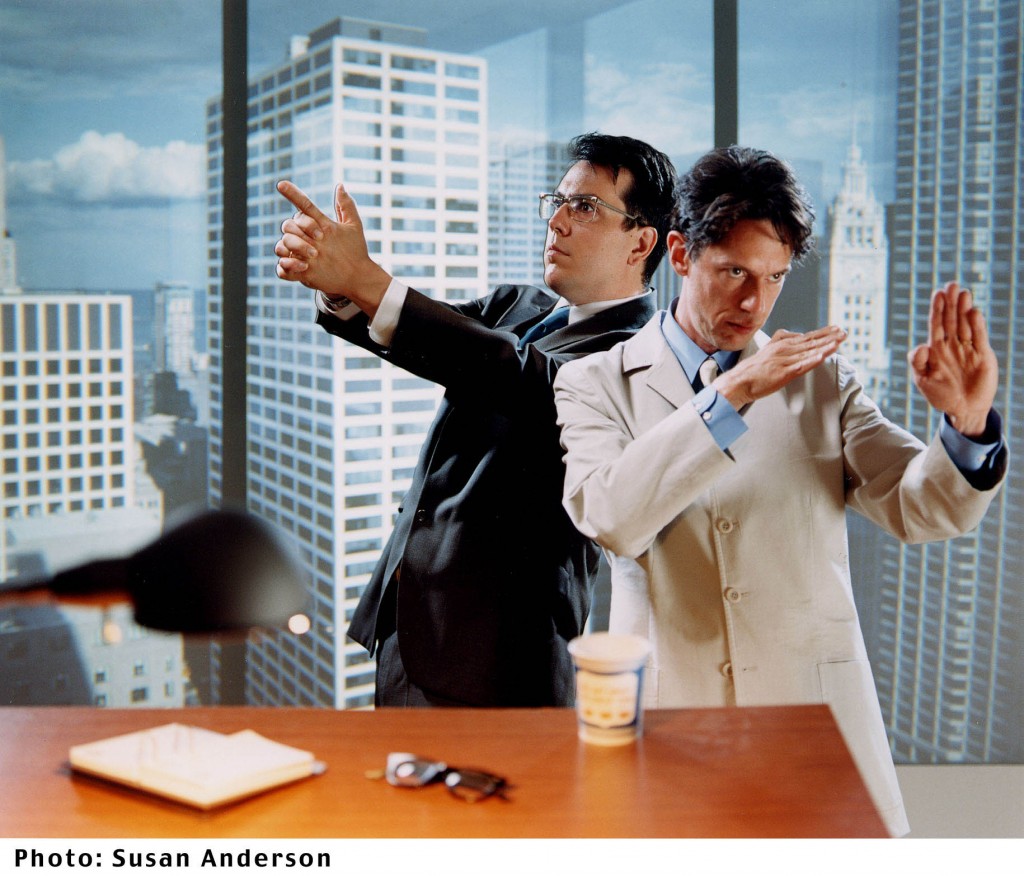 More They Might Be Giants elsewhere on the web: