There have been many other important influences. Let’s not forget my sister, stepfather, friends, teachers, neighbors, and the many patient people who have managed to put up with me over the years. It takes a village, as they say. Growing up, I needed several villages, plus the occasional hamlet, borough, and suburb. My path to adulthood (such as it is) hasn’t exactly been smooth.When I was in first grade, the teacher asked us, “What’s your favorite thing to do?” I answered, “Special Time.” A few times a week, my mother would set aside time – maybe 15 minutes, maybe a half hour – when she would play with just one of her two children. For that period of time, you had her undivided attention. She called it “Special Time.” It was. 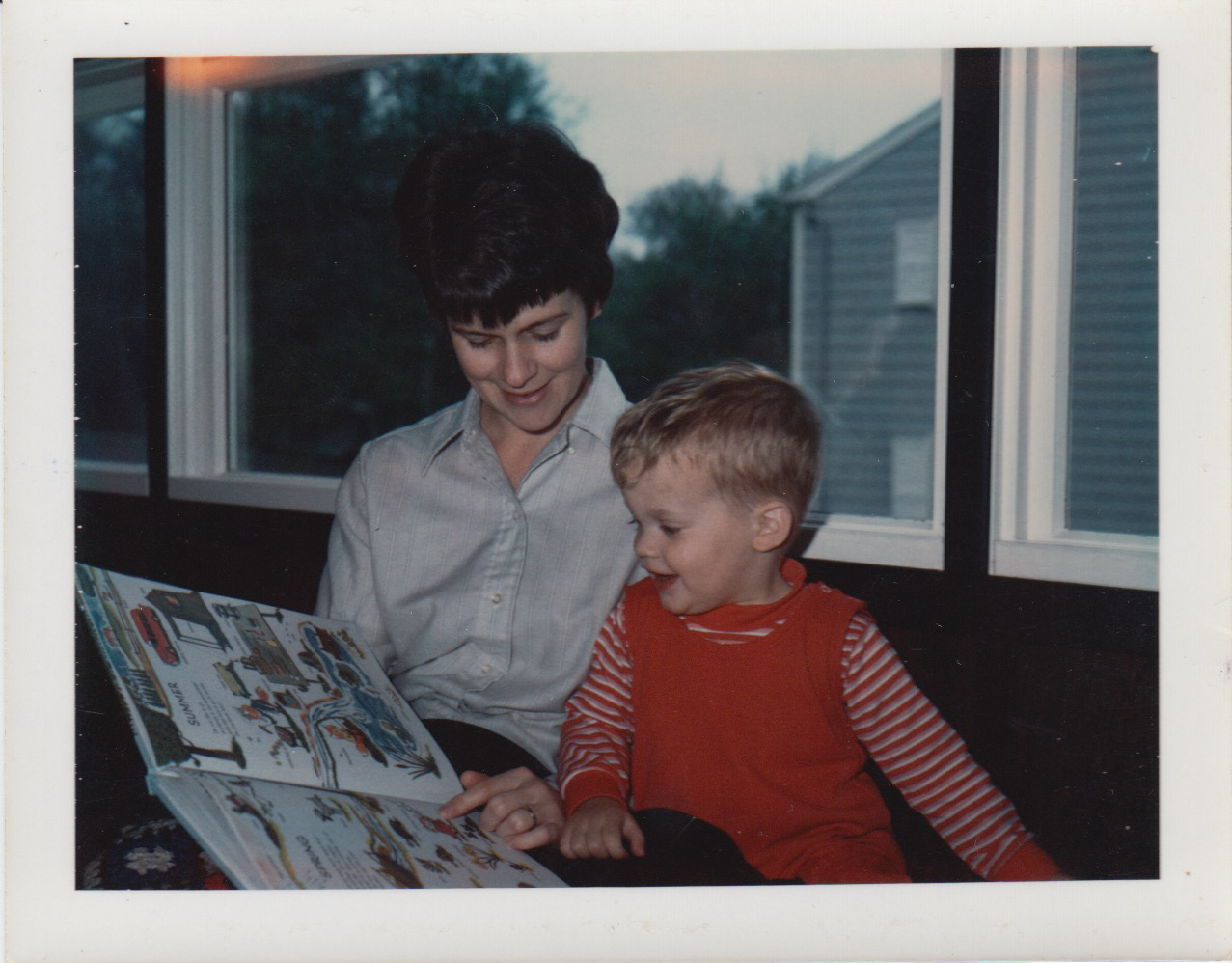 This is why I say that she was my first best friend. True, despite my shyness, I did make friends with kids from the neighborhood and from school: there were several best friends during my grade-school years. But mom was the first.

Unlike most friends (best or otherwise), my mother loved – and loves – me unconditionally.

I took this for granted at the time. Now, however, I realize how truly miraculous such a relationship is. I know people who had a mother addled by addiction, or who left the family, or whose own childhood left her too damaged to love well, or who died young, or who failed to protect her children from an abusive spouse. I know plenty of folks who have had wonderful mothers, too. But the unconditional love of a parent is not a given.

Her love kept me from killing myself. As a depressed teen-ager, I thought about suicide more often than I’d like to admit, and considered many different ways of doing it (slit wrists & lie in bathtub? use sleeping pills? asphyxiate in garage with car on? Etc.). To quote Dorothy Parker’s “Resumé,” a poem I memorized when I was a teen:

Razors pain you;
Rivers are damp;
Acids stain you;
And drugs cause cramp.
Guns aren’t lawful;
Nooses give;
Gas smells awful;
You might as well live.

The reason I lived, however, was not the inconvenience of the methods. I could never kill myself because I knew it would break my mother’s heart. Her love penetrated the fog of my depression.

From the relative emotional serenity of adulthood, I look back at my teenage self and think: What an idiot I was! Or, in the words of Bugs Bunny, “What a ma-roon!” (For those who neglected to squander their youth watching cartoons, that’s Bugs’ mispronunciation of “moron.”) However, when I was so depressed, I just wanted to end the pain. In hindsight, this “solution” seems daft. At the time, it seemed to offer a way out.

The better way, provided by my mother, was a first-class education. Most (though not all) of my public school education deadened my curiosity, sapped my motivation, nurtured my indifference. Having arrived at school already able to read, I began my formal education bored and then quickly tuned out. I could get A’s without paying attention …until about fifth or sixth grade, when I couldn’t. At that point, my grades began to slip, aided – no doubt – by the public-school ethos of just getting by. (Effort was frowned upon, coasting encouraged. Seeking my peers’ approval, I coasted.) 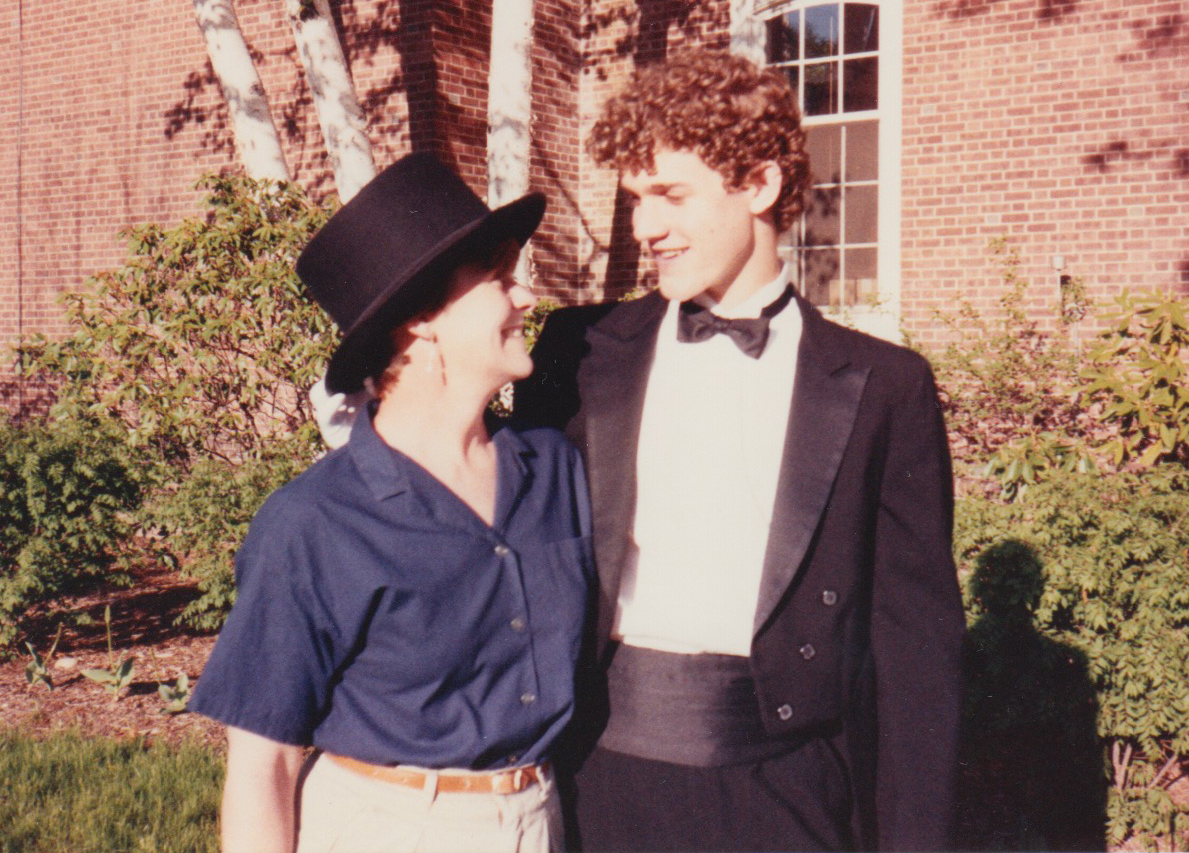 Then, mom got a job teaching at a private school, which allowed children of faculty to attend tuition-free. Suddenly, my sister and I were getting a first-class education where effort – not coasting – was the norm. After two years at the one school, she got a second job at an even better private school where, again, my sister and I attended at no additional cost. It took a few years for me to embrace this new emphasis on actually paying attention: I tended to work hard in classes that interested me, and to neglect those that did not. But, eventually, I got with the program. After repeating my senior year to get my grades up, I managed to get into a good college, and then into a good grad school, and ultimately became an English professor.

I owe this career to mom. She gave me a second chance. Had she not become a private-school teacher, it’s unlikely that I would have attended college, much less become a college professor. Indeed, when I think of my younger self’s half-assed approach to education, I blink and pinch myself: How could such an indifferent pupil become a teacher? Unlike most people in the world, past failures did not sabotage my future.

In addition to the incredible luck of having such a caring, intelligent, devoted mother, I of course reap many other unearned privileges. As a white person, I’ve never struggled under the daily (hourly!) burden of racism. As a man, I’ve never felt the sharp lacerations of sexism. As a heterosexual, I’ve never had my love used as a pretext for others’ hatred. I would never deny these or any other unmerited benefits (class, ability, etc.) that have helped me along my way.

Yet of all the advantages I did not earn, my mother’s care is the one I feel most deeply. Her devotion is a debt that I can never repay. When asked to express my gratitude, language falters, looks shyly at its feet, and stumbles off the stage. What else can it do? Its words are inadequate, clumsy.

I can only say: Thank you. And: I love you, mom. Happy Mother’s Day. 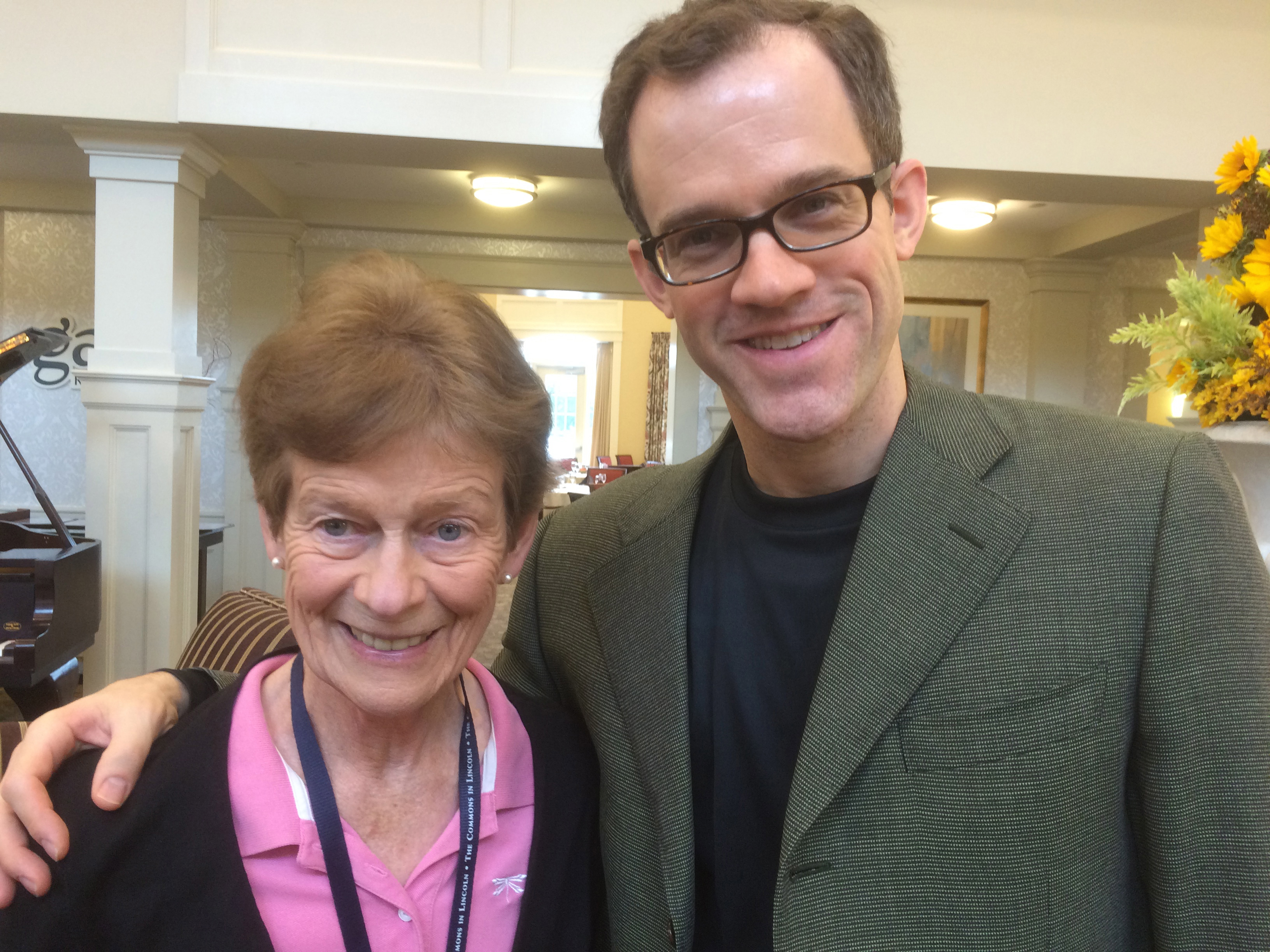 Selected autobiographical writing (on this blog, unless otherwise indicated):