The third in my occasional “Archives of Childhood” series.

What are your earliest memories?

Recent conversations with family and friends have challenged my assumption that most people remember early childhood. I now wonder if it is mostly creators and scholars of children’s literature – the people who, admittedly, I talk to most often – who recall their formative years most clearly.

My earliest memory dates to my crib days. I remember the mobile that hung above my crib. I liked the shapes. Watching them rotate fascinated me. I lay on my back, looking up at them.

My earliest narrative memory dates to 2 years old. I woke up from an afternoon nap in what was either my crib or a bed with bars on its sides: one of the long sides faced the room, and the other faced the wall. My teddy bear had what we called “googly eyes” – each pupil is a black disc inside a larger clear circular disc.

When you moved the bear, the pupils would jostle around. However, the eyes had come loose. My picking at them made them looser. As I picked at them further, they came off.

Teddy was now eyeless.  I was sad.  My carelessness had blinded him.

So, with Teddy, I climbed over the bars of the crib, and dropped to the floor. Quite likely, I threw Teddy to the floor first, and then climbed over the bars second. I remember thinking that if mommy saw that I was sad, she would be more sympathetic and would respond with urgency – swiftly finding a way to restore Teddy’s sight. (Perhaps the eyes could be stuck back on?) 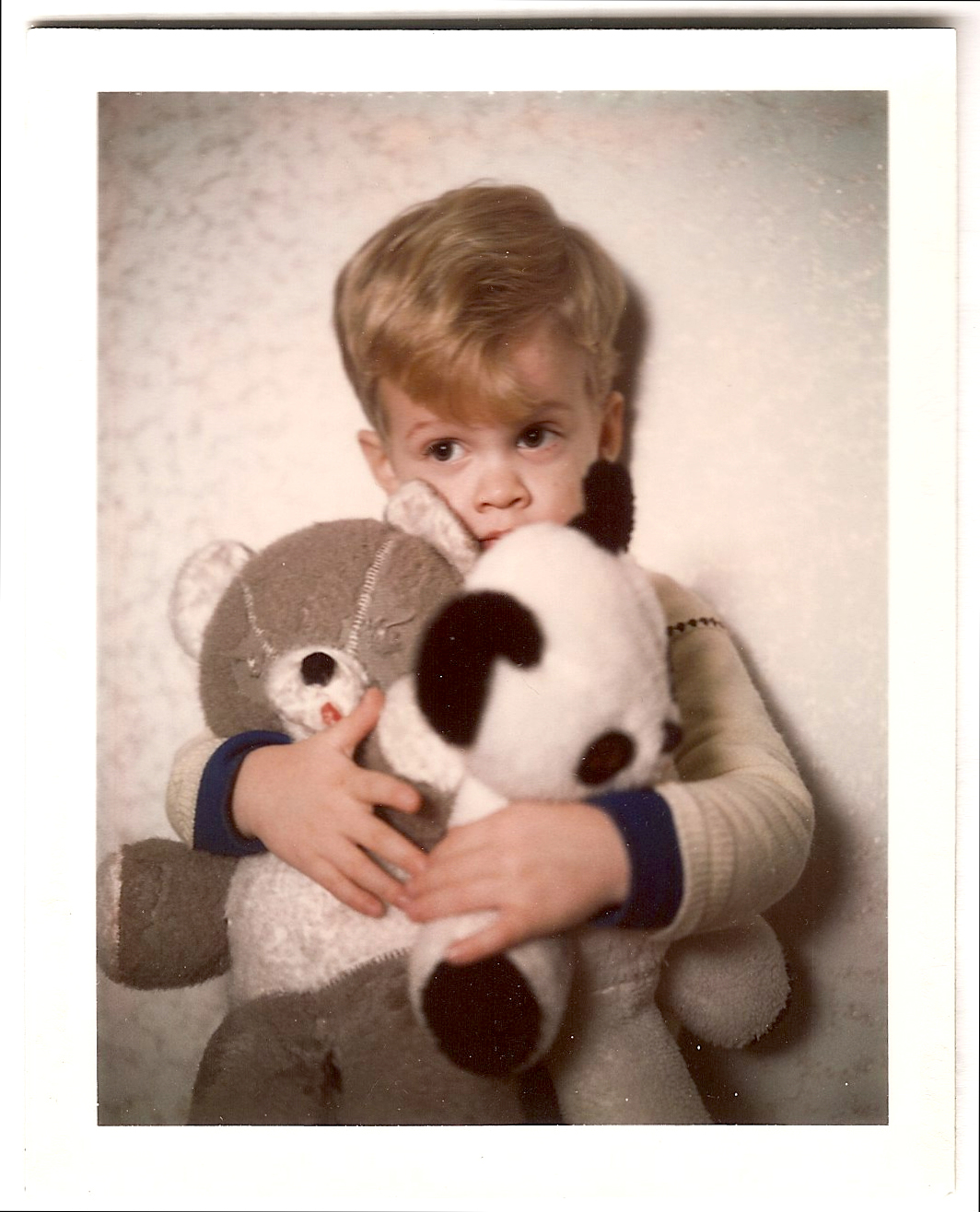 From the vantage point of adulthood, I now know that she would have been sympathetic even if I were not crying. But the two-year-old me drew upon my sadness to manufacture tears.

When her crying son arrived with his eyeless Teddy, mommy proposed a fix. She would sew new eyes for Teddy. You can see the result in the photo at right. That’s me, at about the age of three, with my good friends and confidants Teddy (whose new threadymade-eyes seem already to have come a bit unraveled) and Panda.

At the time, I thought of this incident as “when I got my memory.” In my copy of My Book About Me (in which the young reader answers questions), under “What is the first thing you remember?” I wrote “When I got my memory.” That opaque sentence fragment refers to the Teddy Incident, although only I knew that.

This early understanding of memory derived from the fact that after that day, I remembered what had happened on the day previous. Two days later, I looked back on the previous two days and found that I could remember both Teddy’s temporary blinding and events of the following day. Three days later, I looked back on the previous three days and learned that I retained bits of all three days – though I cannot now recall anything that happened on the latter two days. At the time, I could and it was a revelation: I had gained the capacity to look back and reflect on my past! And it all began with the Teddy Incident – when I got my memory.

Yet I did have even earlier memories, but – in my childhood mind – they were mere impressions and not actual memories. A real memory had some narrative, or perhaps a sharper emotional content. For me, those “real” memories began with sorrow over my accidentally, briefly blinded teddy bear, and my mother’s compassionate response.

I have many other memories from my earliest days. Do you? Or is it unusual for memories to extend back that far? 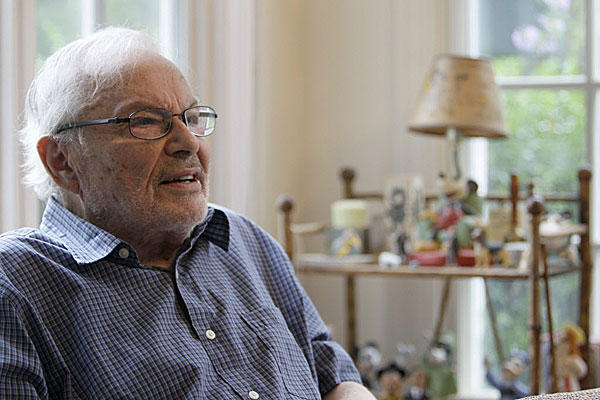 As I say, perhaps such extended memories more commonly afflict people who write and study books for young people. Maurice Sendak* once noted that his “needle [was] stuck in childhood.”

* Pictured above, late in his life.  I neglected to note the source of the photo, but I used it in my tribute to him, the day after he died. On this blog, there are quite a few posts tagged Maurice Sendak. Why not peruse a few?