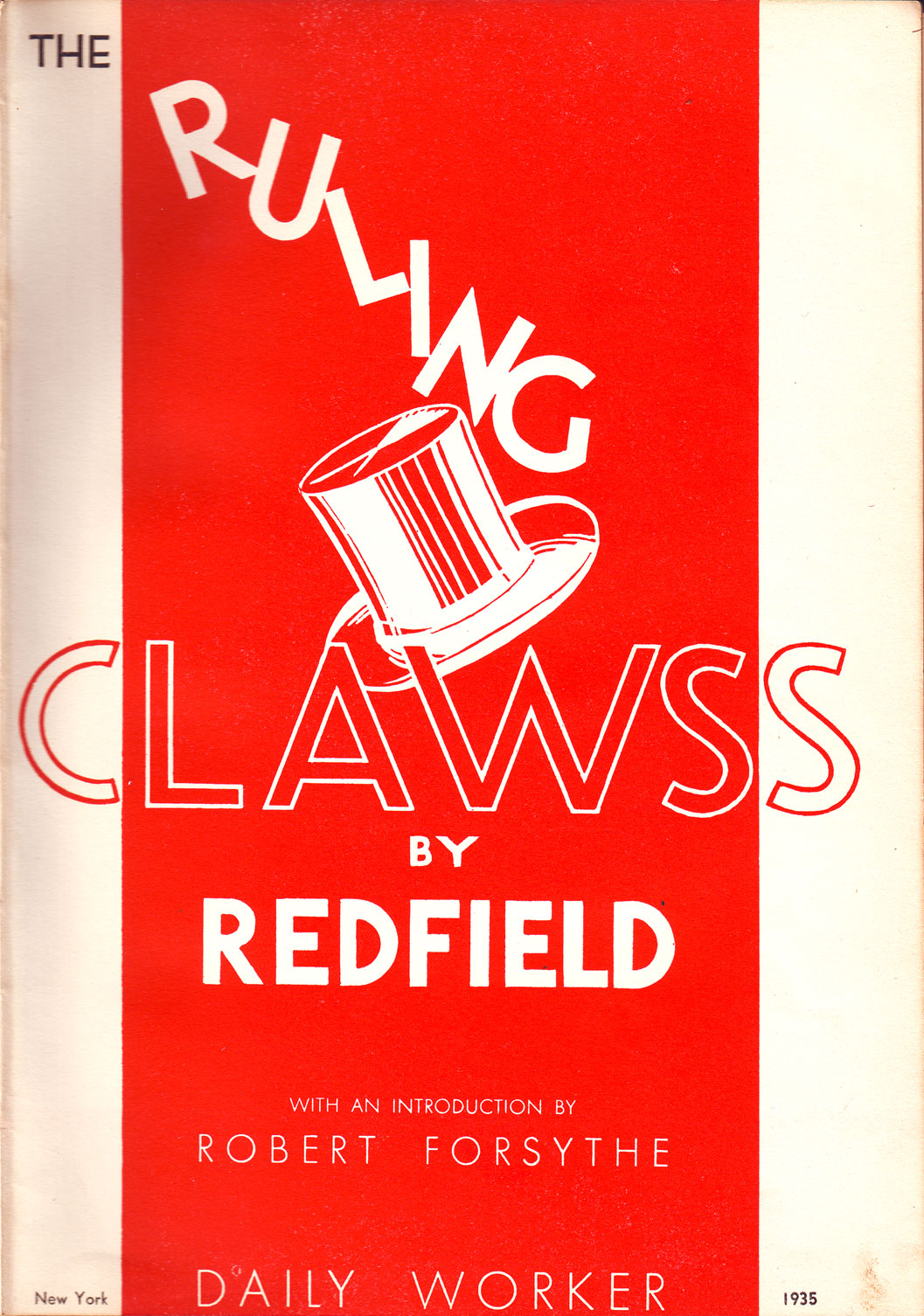 While he was contributing to the New Yorker as Syd Hoff, he was also contributing to the Daily Worker and New Masses as A. Redfield – the pseudonym he adopted for his radical work.  The Ruling Clawss (Daily Worker, 1935) collects his cartoons originally published in the Communist daily.  Contrary to what all published biographies (except for the one in Julia Mickenberg’s and my Tales for Little Rebels) allege, Hoff’s first collection of cartoons was not Feeling No Pain (Dial, 1944).  His first such collection – and, in fact, his first published book – was The Ruling Clawss.  Here are a few selections. 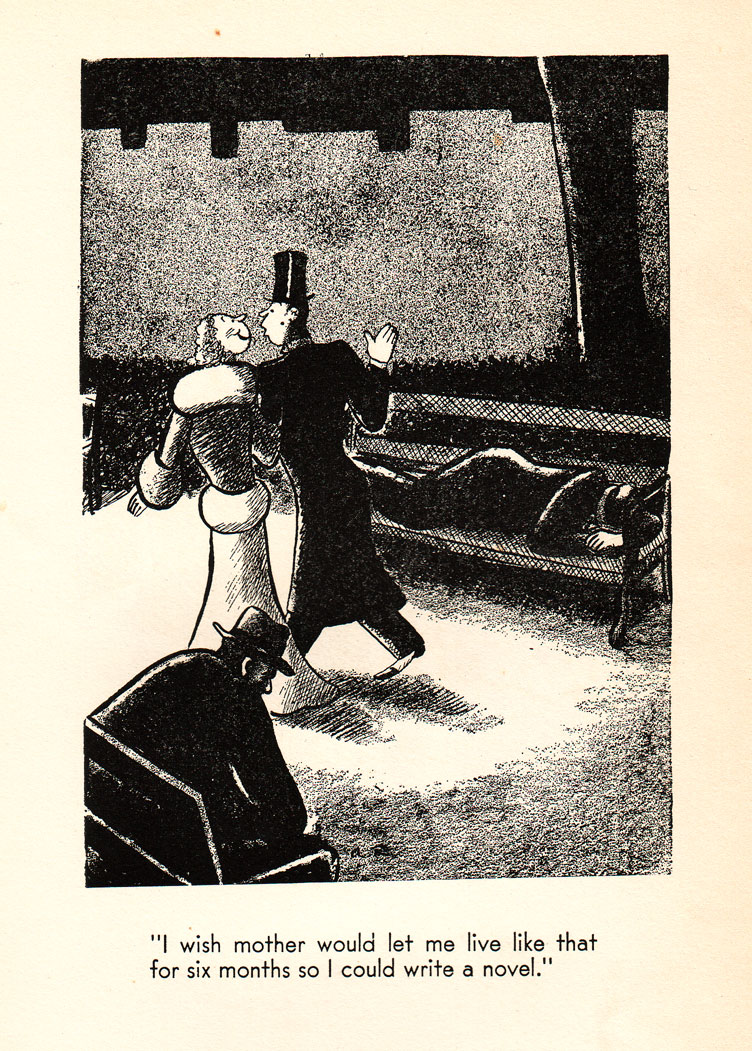 Hoff mocks this bourgeois “artist” as a voyeur with no understanding of true suffering. 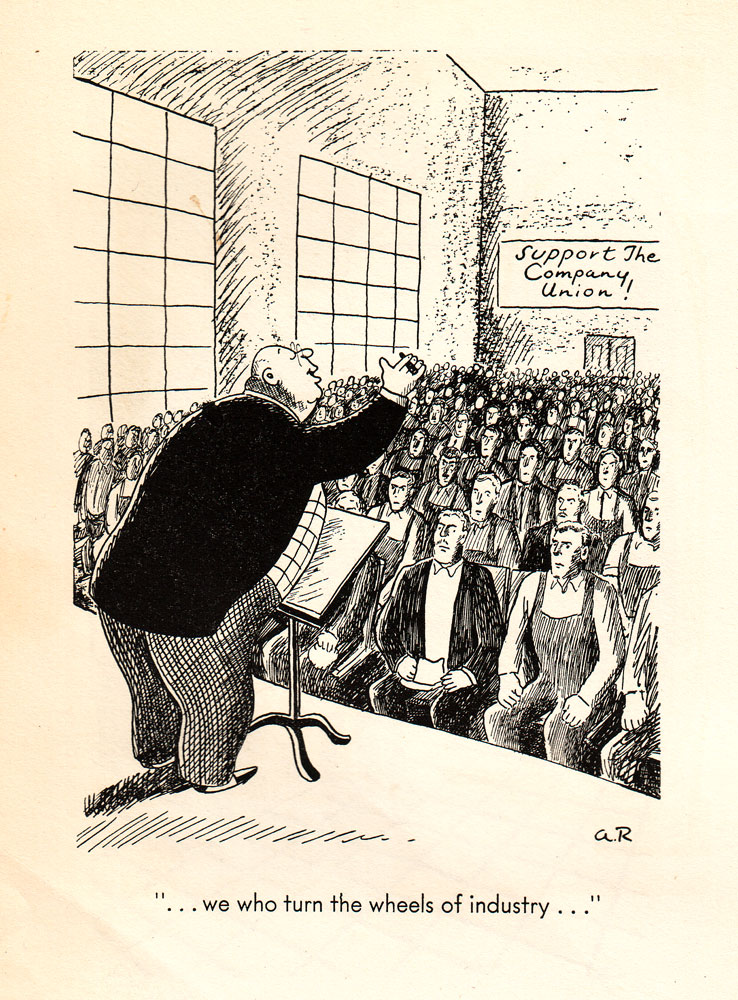 This wealthy, well-fed speaker attempts to align himself with the workers. He’s also oblivious to how thoroughly he is failing. The workers’ stony expressions make that failure quite clear to us, though.

If you tuned in to Fox News during the presidency of George W. Bush, you would have heard sentiments similar to those expressed above. 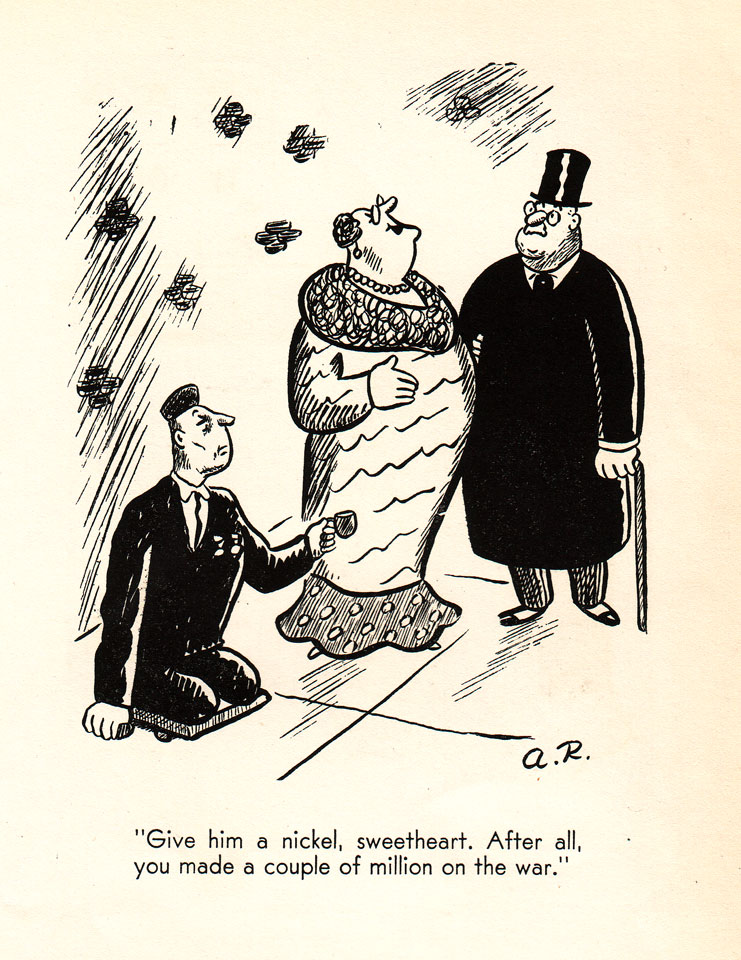 In what may be the most acid cartoon in The Ruling Clawss, Hoff aims at those who profit from war, but remain indifferent to its human costs. 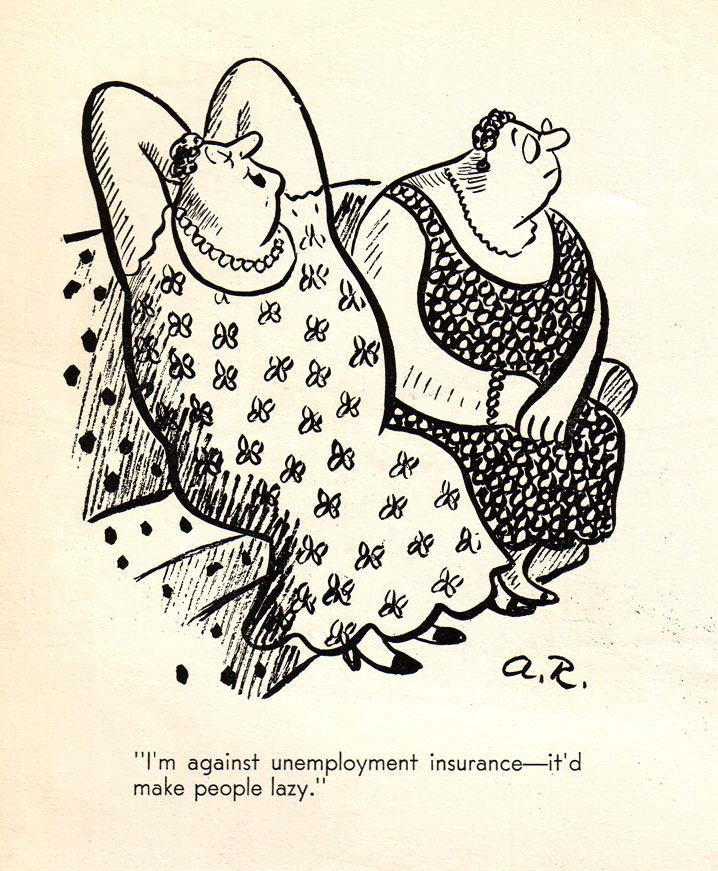 Hoff attacks the still-current conservative argument that suffering is somehow ennobling or motivating.  Only someone who has never suffered could make such a claim.

In “Social Satire,” an essay by Hoff (as Redfield) included as an afterword, the artist argues that most contemporary satirists are not sharp enough: “Today we have a new group of satirists who, at the same time that they bite the bourgeoisie, use only their lips, but not their teeth” (180).  He singles out Peter Arno, Otto Soglow (The Little King), Harold Gray (Little Orphan Annie), Sidney Smith (The Gumps), Chester Gould (Dick Tracy), and Percy Crosby (Skippy) for particular criticism. He praises only Art Young, “the greatest satirist of his day.”  Everyone else falls short. They “are talented and funny, but . . . their comedy is all too often a whitewash for people and conditions that, in reality, are not funny” (183).

Hoff (1912-2004) was something of a renaissance man in the field of cartooning. He wrote syndicated comic strips, satirical cartoons (both with and without teeth), children’s books, and even a 400-page illustrated history of political cartooning. All told, he was the author, illustrator, or author-illustrator of over 100 books.  Only a few of those books betray the political commitment of his youth – notably, Gentleman Jim and the Great John L (1977) and Boss Tweed and the Man Who Drew Him (1978).  The latter book is about Thomas Nast, another satirist who – like Hoff – created art that, sometimes, sunk sharp teeth into the powerful.