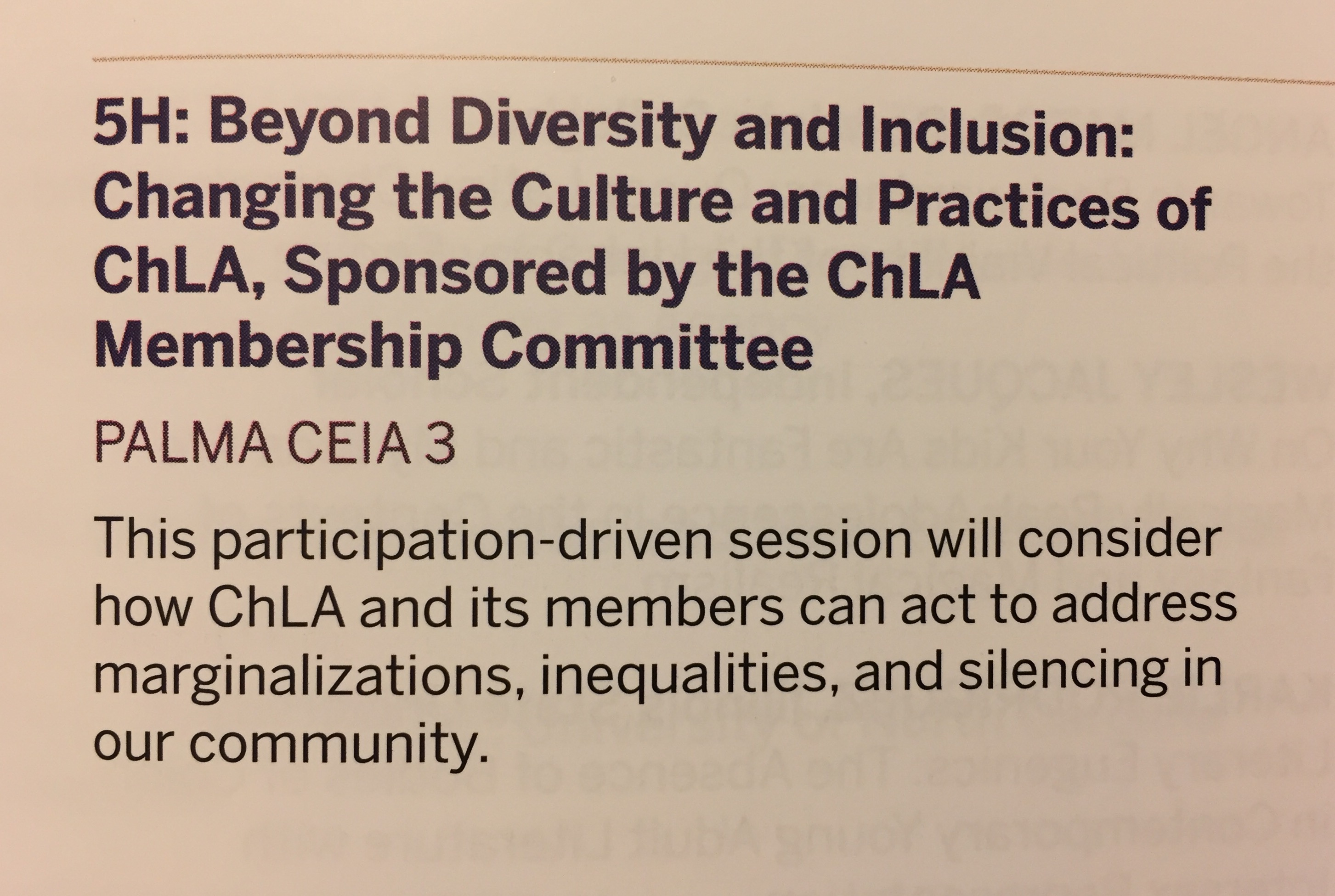 If you have any interest in children’s literature or in making your scholarly/professional organization (whatever its subject) a truly diverse one, I encourage you to read these essays.Â  (Note: Ebony Thomas’s piece is not included, but [as you will have guessed already] a new piece by Michelle Martin is included.Â  And the other three panelists are there.)

Need a brief summary of why?Â  I’ll offer succinct (and thus incomplete) highlights of each essay here.Â  ALSO: please access these via your institution because doing so helps underwrite the cost of the scholarly journal.Â  BUT if you cannot get behind the paywall, email me and I will send you pdfs.Â  My address is at right, under “A note on mp3s.”

Sarah Park Dahlen,Â A Step from Heaven: On Being a Woman of Color in Children’s Literature Studies