An update.Â  Shortly after yesterday’s blog post, my editor said I could go ahead and send it all in.Â  This means either that he (or someone else) will now seek places to cut or that it’s moving ahead to the copy-editing stage.Â  Either way, it’s off my desk until [unknown date]!

With a mixture of pride and embarrassment, Nine Kinds of Pie commemorates this (possibly) momentous occasionÂ with some amateur photography. 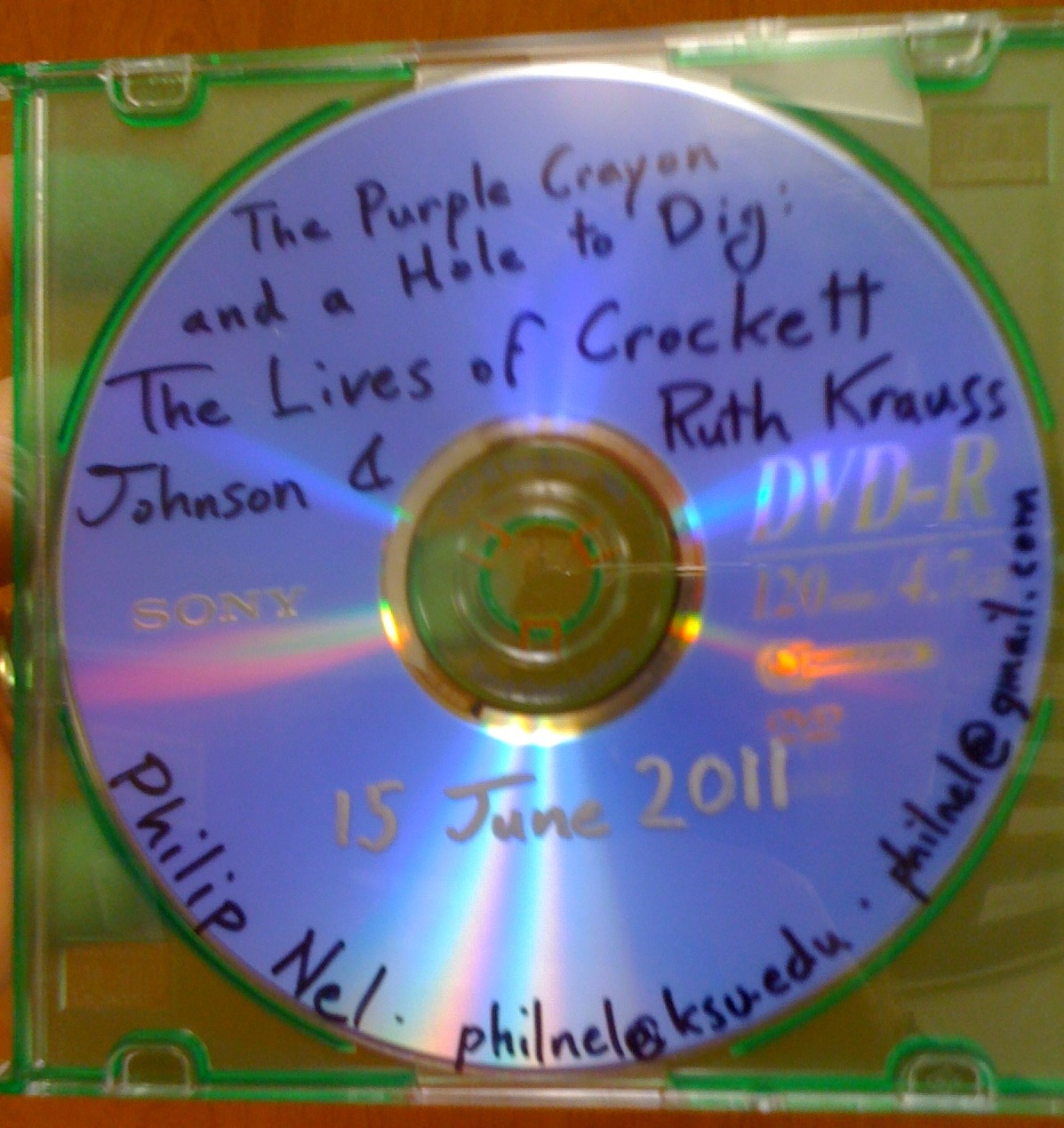 DVD containing the full manuscript plus all images. 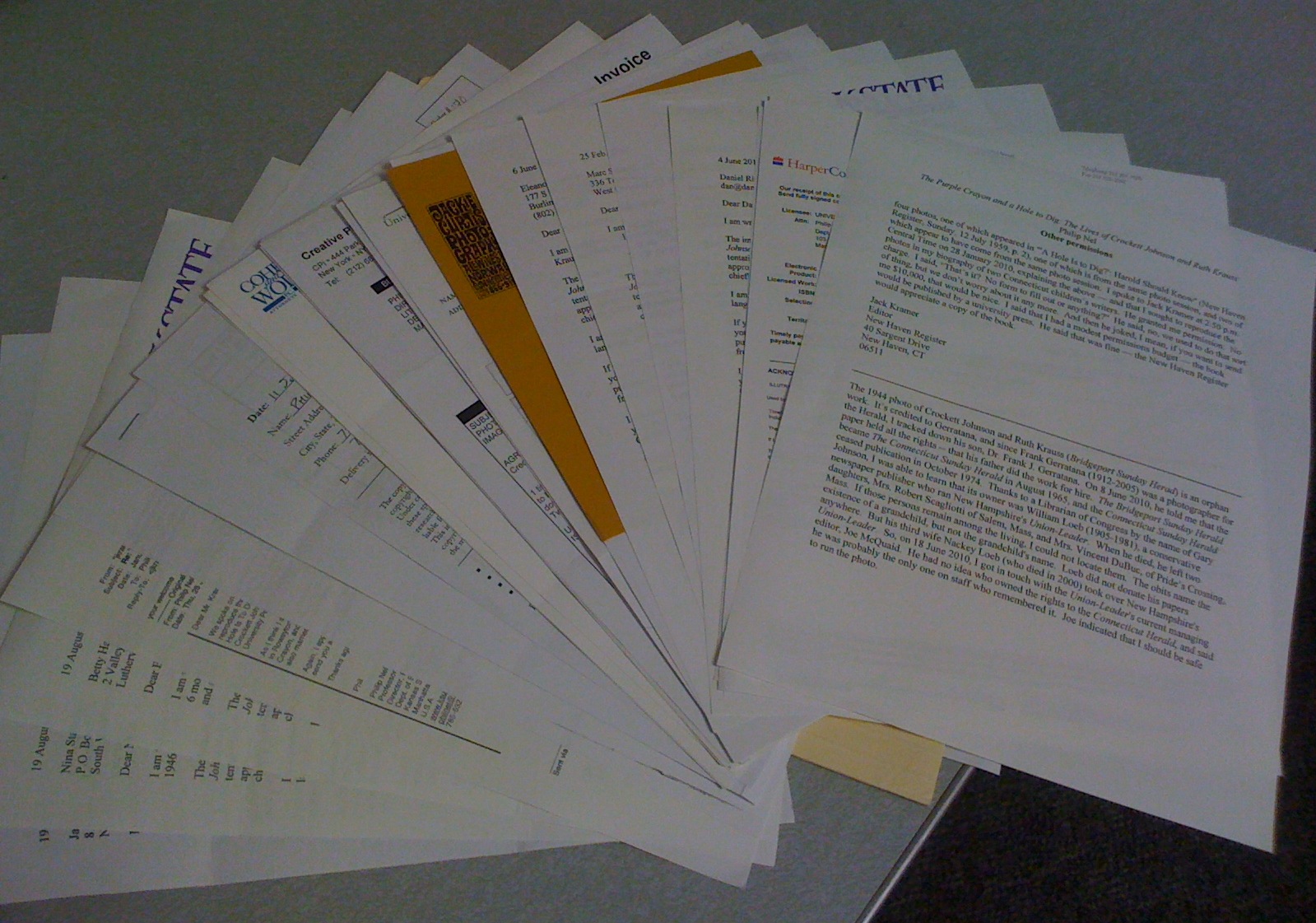 A panorama of permissions. 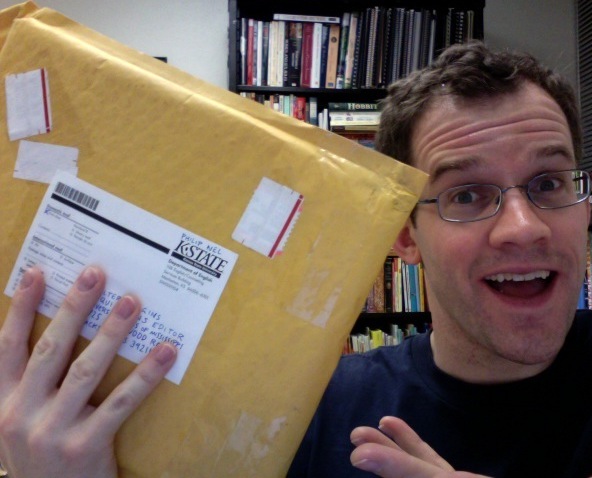 Envelope (containing ms., images, &c.) poses for a photograph that it will later regret. 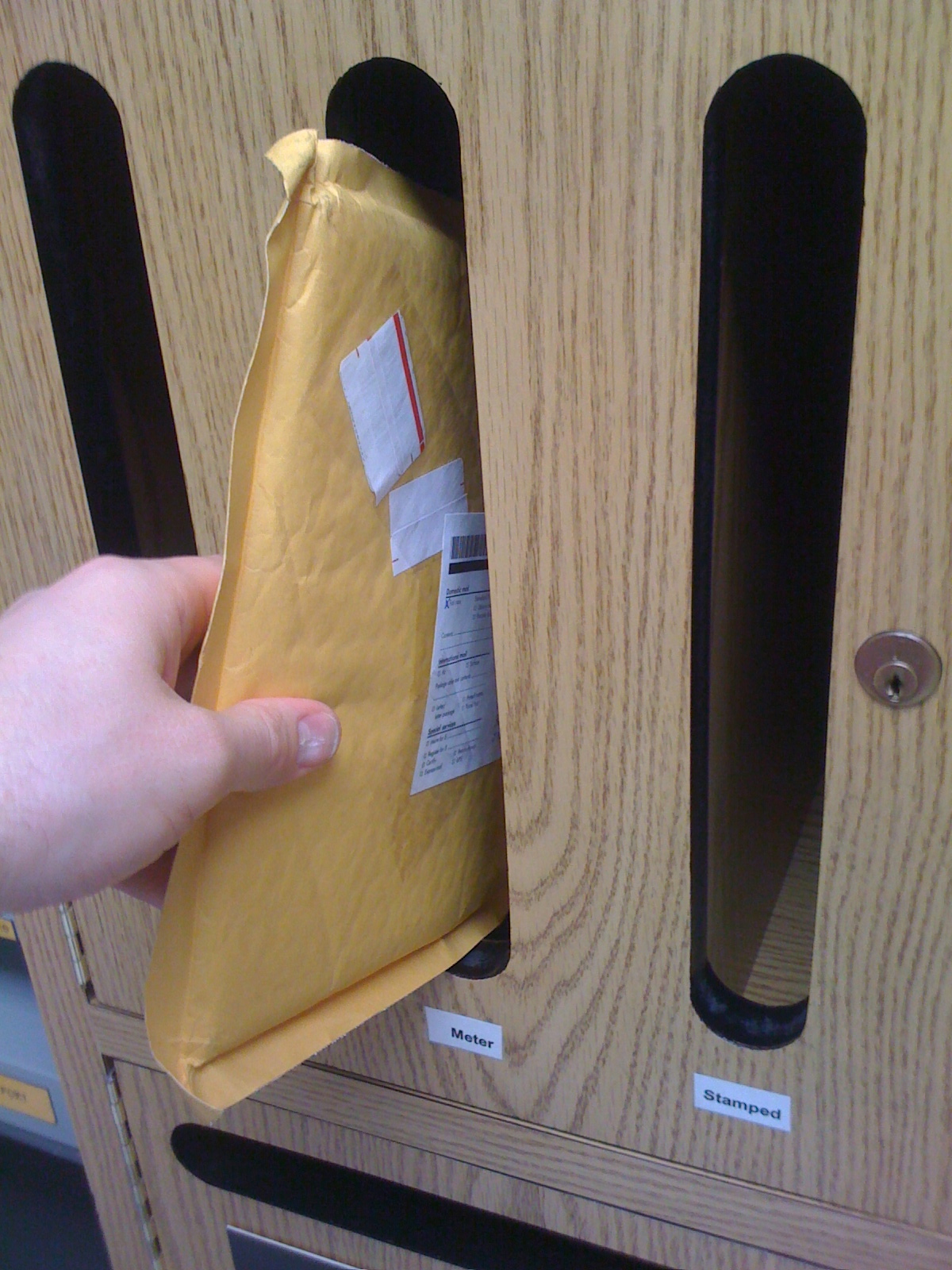 One final note: If this is indeed going into copy-editing now, then expect The Purple Crayon and a Hole to Dig: The Lives of Crockett Johnson and Ruth Krauss to be published in June 2012.

If you liked this post, you might also enjoy previous entries of similarly dubious merit, all concerning the Interminable Editing ofÂ The Purple Crayon and a Hole to Dig: The Lives of Crockett Johnson and Ruth Krauss: