Syd Hoff (1912-2004) would have been 100 this year.  As readers of this blog will know, I corresponded with Syd (here’s one letter & here’s another) while researching my biography of Crockett Johnson and Ruth Krauss (coming this September)!

In commemoration of Hoff’s centennial, Sarah Lazarovic has created a wonderful cartoon, based on Dina Weinstein’s exhibit at the Miami Public Library (June 14-October 1, 2012).  Here’s the first page of her cartoon (click to enlarge). 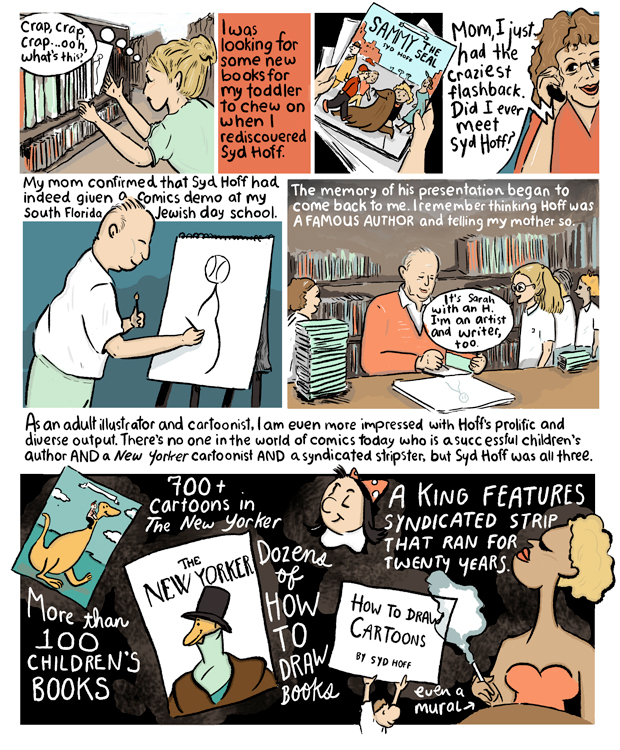 The entire comic is on-line at Tablet: A New Read on Jewish Life.  See her website for more of her work.

Syd Hoff posts (on this site):