This post has two parts: myÂ responseÂ and some resources for teaching about Ferguson. Feel free to skip ahead to the resources section. 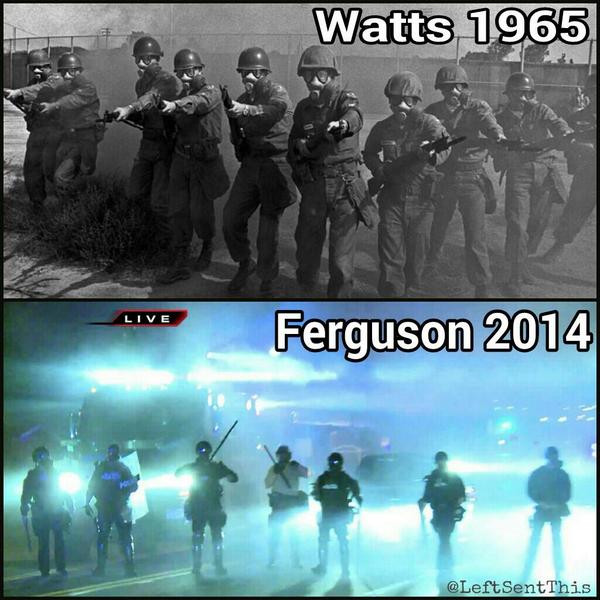 For two weeks now, I have been wanting to write something about the state-sponsored terrorism in Ferguson – and all that it represents (structural racism, police brutality, militarized cops, etc.). But it makes me so angry. And depressed. And fills me with despair. (Indeed,Â Ferguson is one reason I’ve kept a lower profile on social media lately. The horrors of the world have been too overwhelming.)

Also, where does one begin? Can’t exactly open with a joke. Q: What’s the Ferguson police’s motto? A: To protect and to serve… white supremacy. Â And NO, this isn’t funny. It’s simultaneously sad and infuriating. I mean, surely I am not the only person wondering why the entire Ferguson police force has not beenÂ disarmed and dismissed? Yes, after the establishment of a competent police chief and responsibleÂ hiring practices, ex-officersÂ would be welcome to reapply for their former jobs. But, at present, the police force there inspires no confidence whatsoever, and represents an ongoing threatÂ to public safety. Indeed, in my fantasy solution, the United Nations sends in peacekeepers to Ferguson. I picture Canadian soldiers wearing those baby-blue UN helmets. They could protect the citizens from the local cops, until Gov. Jay Nixon and Missouri get their act together – which, frankly, means that the UN troops would be in Missouri for a long time. 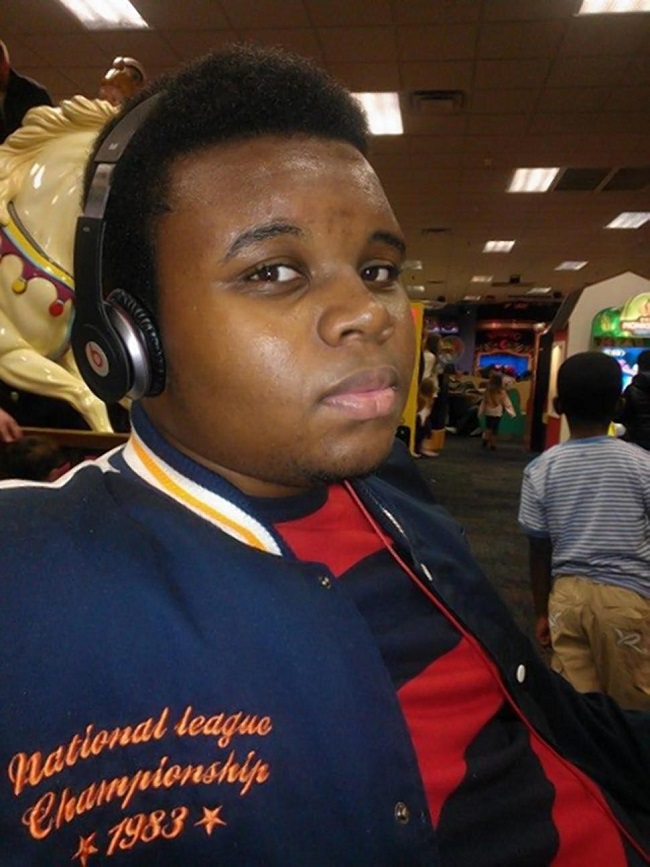 You see? I start to write, and then that turns, first, into a rant against the corrupt cops who delayed namingÂ the officer who murdered Michael Brown for jaywalking, in order to grantÂ themselves time toÂ construct an implausible alibi – an alibi thatÂ quickly unraveled (because Darren Wilson didn’t evenÂ know about the robbery at the time he killed Brown). Second, it turns into an anguish I cannot articulate. Michael Brown. Eric Garner. Ezell Ford. John Crawford. Trayvon Martin. But also…. James Byrd Jr. Addie Mae Collins, Cynthia Wesley, Carole Robertson, and Denise McNair. James Chaney, Andrew Goodman, and Michael Schwerner. Medgar Evers. Emmett Till. Â And less well-known people like Recy Taylor. And the many, many other victims of American racism – an institution as old as the republic itself. 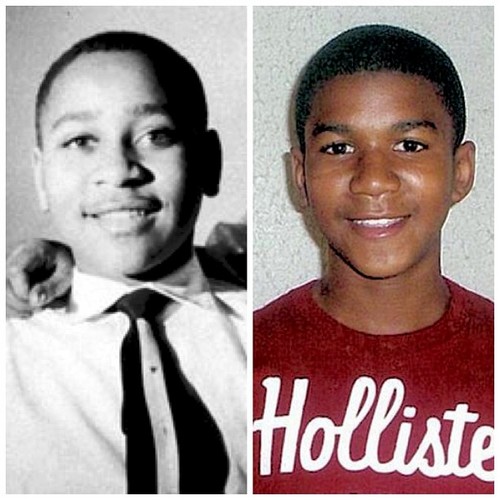 The myth of America is that it’s the land of the free and the home of the brave. The truth is that, for most of its history, AmericaÂ has been a white supremacist police state. Most people have bought into the American myth so thoroughly that when you confront them with this fact, they refuse to acknowledge it. So, let me rephrase this: for most of AmericanÂ history, people of color have had no rights that white Americans were bound to respect. For the sake of argument, let us make the provisional (and demonstrably false) claim that the Civil Rights Act of 1964 and Voting Rights Act of 1965 “ended” racism. Were that true (and it is not true), then we would have 50 years in which African Americans had rights – well, sort of. Or more rights than before 1964 – um,Â usually. The common date for the United States’Â founding is either 1789 (adoption of US Constitution) or 1776 (Declaration of Independence), but we could also use 1619 (first enslaved Africans brought to Jamestown) or 1492 (when Columbus “discovered” a continent where people already lived, and so helped kill them via smallpox-infected blankets). So, let’s do some math for each date. The percentage at the end represents the amountÂ of American historyÂ during which people of color have had some (although certainly not full) civil rights in the U.S.

50 years of partial civil rights – or what we might call “racism lite” – is a piss-poor record for a nation that promotesÂ itself as the world’s greatest exemplar of democracy.

What’s more, President Obama’s election seems to have inspiredÂ a renaissance in AmericanÂ racism. He gets elected, and then all the racists come out in full force. There’s theÂ structural kind of racism, such as the Supreme Court’s gutting of the Voting Rights Act, or the fake “Voter Fraud” laws designed to disenfranchise minority voters, or Stand Your Ground laws (appliedÂ unequally toÂ white gun-owners and black gun-owners). And then there’s the more personalÂ kind, like the many racial caricatures of Obama or, yeah, whites who murder blacks and get off scot-free. 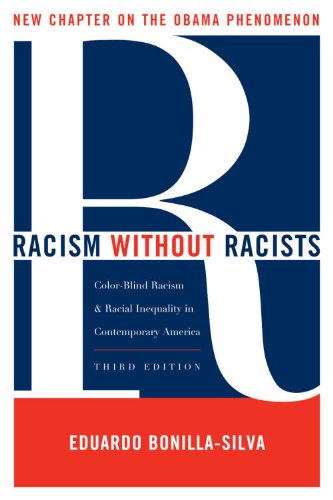 I don’t mean to suggest that Obama’s election and re-election indicate no progress whatsoever since the founding of the republic or even since 1964-1965. Even when he won the presidency in 2008, the notion of a president of color wasÂ literally unimaginable to many people – and that’s people of all backgrounds and political persuasions. I know liberals who supported Hillary Clinton in the primaries because Americans would never elect a black president. Instead, I mean to suggest that the success of Obama has helped usher in a new era of “racism without racists” (to use EduardoÂ Bonilla-Silva’s term), in which the successes of a few people of color get used to deflect attention away from the persistence of structuralÂ racism –Â a racism personified by the police force in Ferguson, Missouri.

All of what I’ve said above has been better-articulated by others, I know. Â So, now, here isÂ what will I hope be a more useful contribution to the conversation – an aggregation of resources for teaching about Ferguson.

I’m sure this is incomplete. Please add your own in the comments, below, and I will do my best to add them to these links. 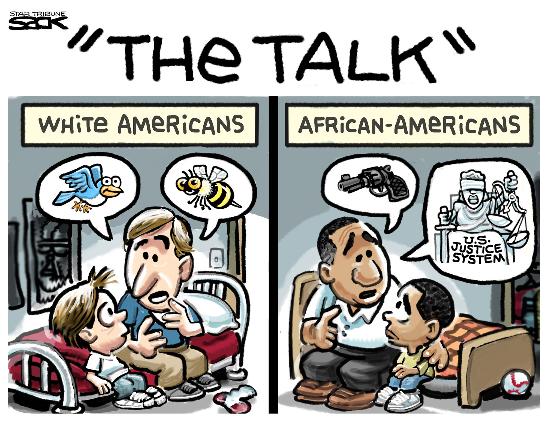 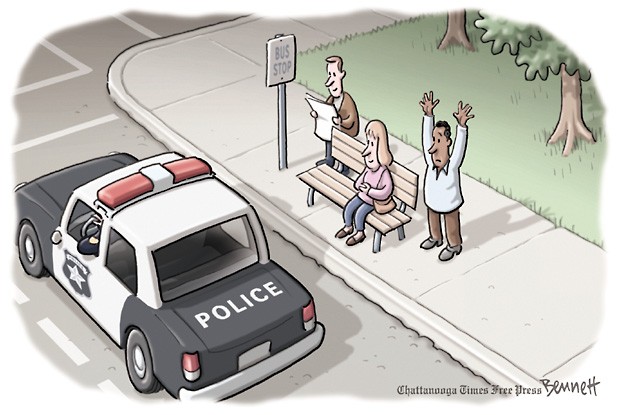 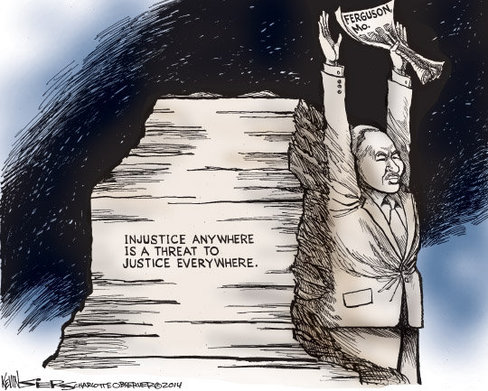 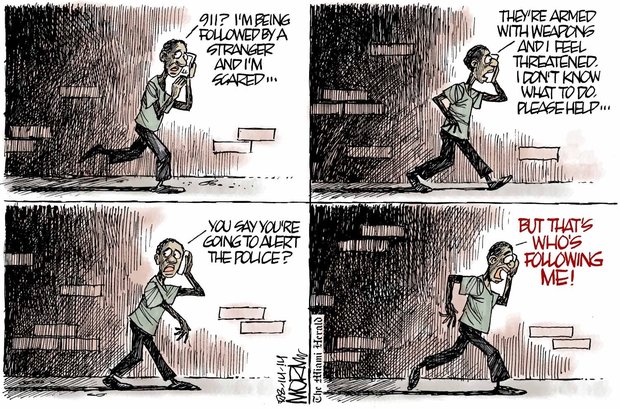 As I said above, I’m sure I’ve omitted useful resources. Â Please let me know, and I’ll add them. (I’ve not followed this as closely as some of you have, I know. As noted at the very beginning of this blog post, the news lately has been rather overwhelming & so I’ve had to retreat a bit from social media. Ferguson. Gaza. Ukraine. Robin Williams’ suicide. Too much to take.)

Thanks to everyone who has shared links via Facebook and Twitter. I’d not have found half of these links without you all.

Update, 1:35pm, 29 Aug: With thanks to Kate Slater (@slaterka), added Ezekiel Kweku’sÂ “The Parable of the Unjust Judge or: Fear of a N*****r Nation”Â (under “Analysis & Context”); thanks to Julie Danielson (@SevenImp), added a coupe of pieces, including one on a foolish school superintendent who has banned classroom discussion of Ferguson; thanks toÂ Ebony Elizabeth Thomas (@Ebonyteach), added theÂ MichaelBrownsCrime tumblr. And a few others…

Update, 9:00 pm, 27 Aug: With thanks to Libby Gruner, addedÂ Kia Makarechi’sÂ Vanity FairÂ piece. Also added a few other pieces, many of which are thanks to Ebony Elizabeth Thomas (@Ebonyteach), who – as I noteÂ above – is someone you really ought to follow on Twitter (though I think I actually foundÂ these pieces [Adam Serwer’sÂ “Eighty Years of Fergusons”Â &Â Shaun R. Harper’sÂ “Race Lessons from Ferguson: Back to School, Not Back to Normal.”] viaÂ her Facebook feed).